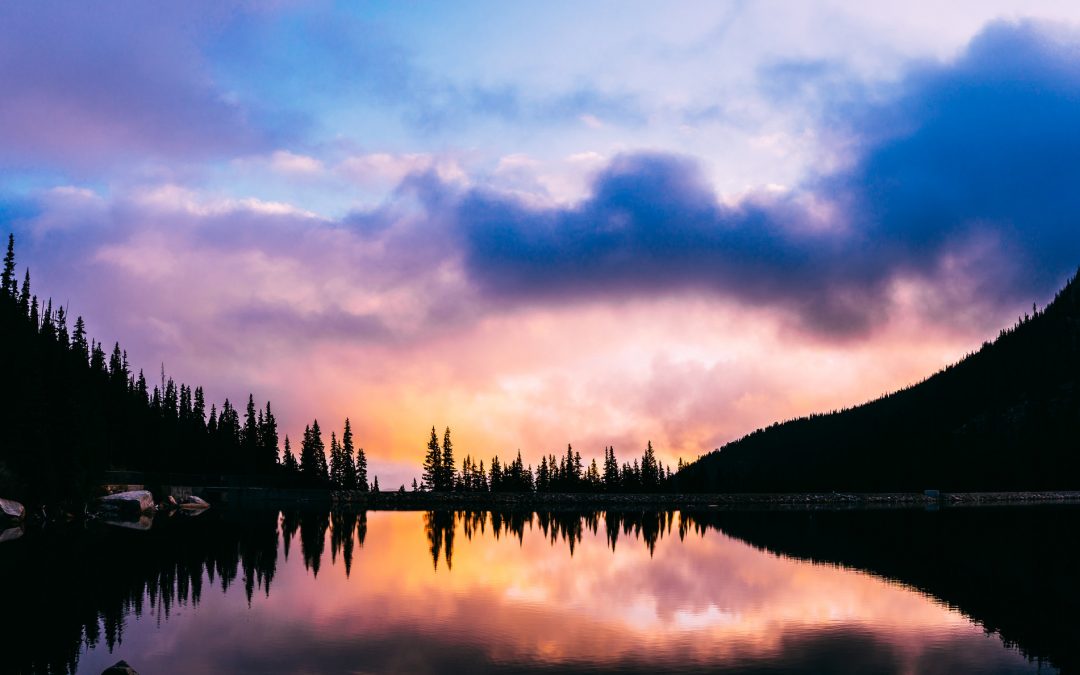 They lit up, bright blue against the green and rocky landscape. They looked like they were hundreds of miles away to my 10-year-old eyes looking down the rocky valley to these mysterious little blue dots. I would later find out that they were called the Chicago Lakes. And I would later find out that hiking is a beautiful release from everyday life, and over Memorial Day Weekend of 2018, I took the opportunity to make the quick in and out hike to see them.

I started early, leaving my house at 4:00 AM to rain and some good driving tunes, and I started on the trail shortly after 5. I like to get out early. It’s quiet. There are fewer people, and the opportunity to see the run rise and the first light kiss the tips of the mountains is something many rarely witness and appreciate, but this has become my goal. When I’m out in nature, I don’t want to be around everybody, their families and their dogs, I just want to be.

I want to be in the silence.

I want to feel alone.

I want to feel like I’m the only one on top of the world.

I want to be in the moment with my thoughts. 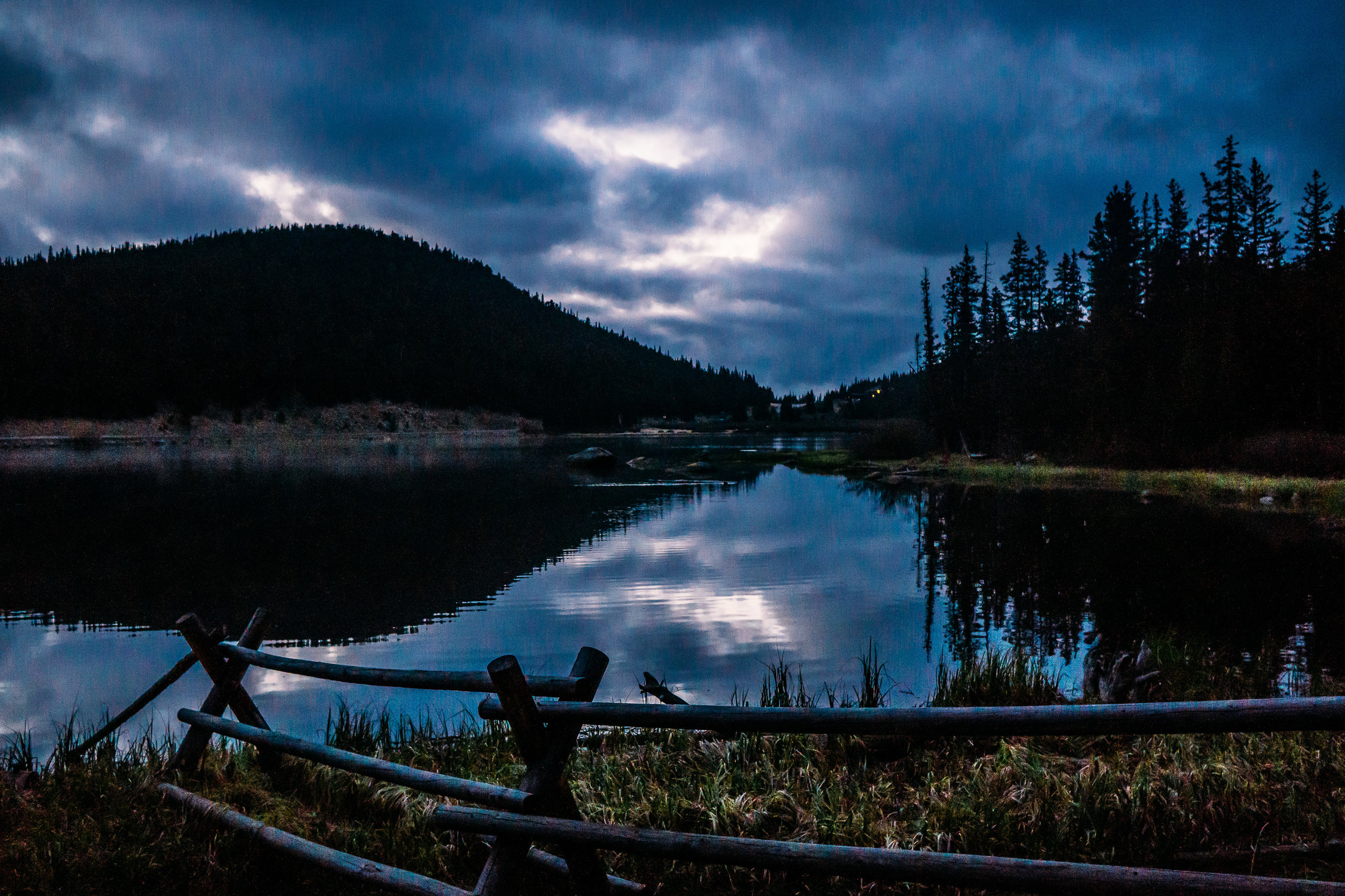 When your boots hit the trail before the sun touches the clouds, you’re met with a still world. And in the hustle and bustle of every day life, finding yourself in the middle of a forest, no wind, no rain, not even the birds who are still sleeping in their nests, are there to meet you on the trail. It’s complete solace. Everything all at once is at a halt. And I guess that’s why I find so much enjoyment in it. I spend my days running from one thing to the next – I work two jobs, I’m planning my own wedding, and I have a growing number of hobbies that I struggle to keep track of, and my calendar is constantly full of meetings, to-do’s, and schedules. 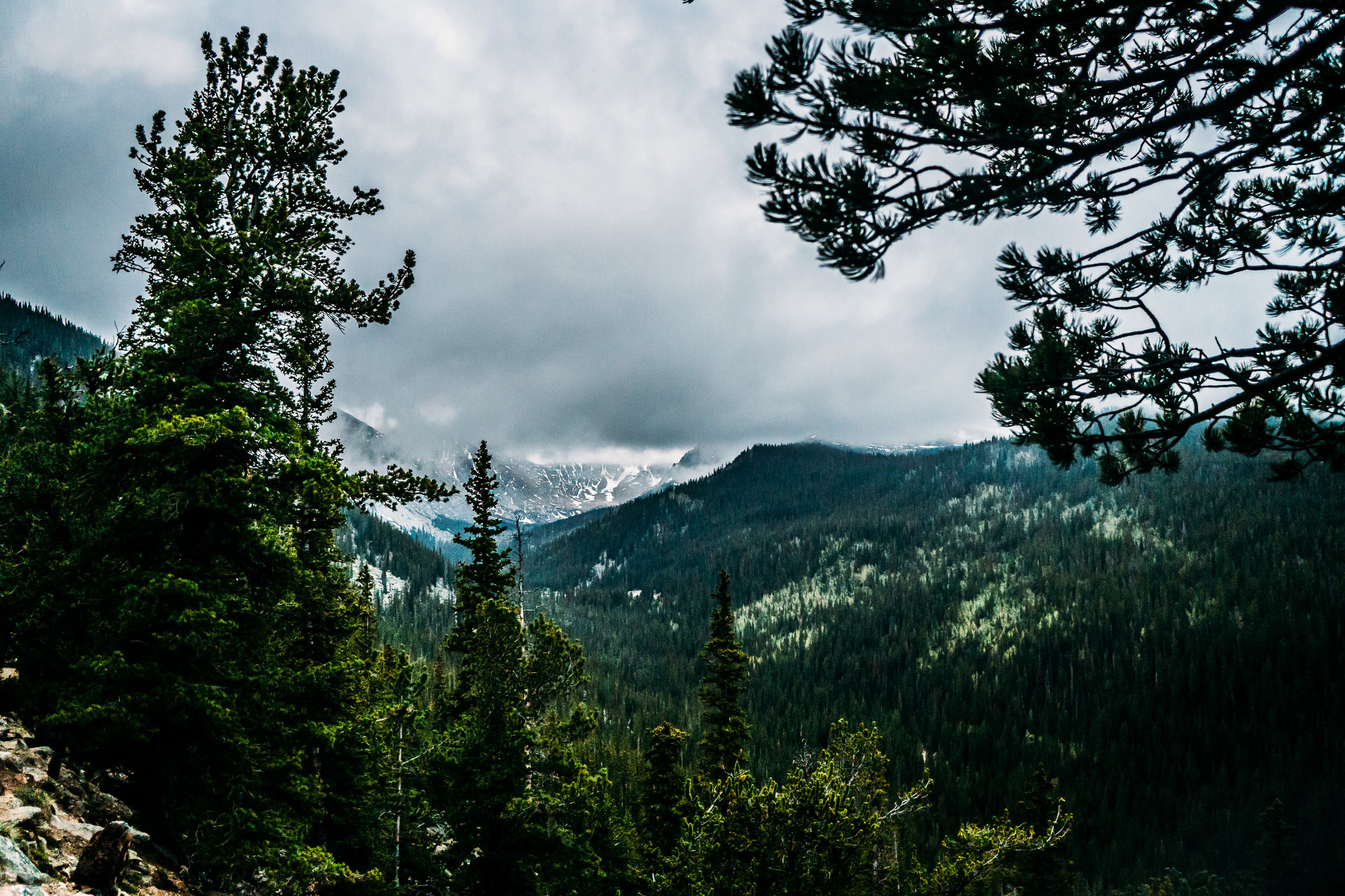 But when I hike, I’m able to cancel out the noise and I can process…

There was a time in life where I thought I would never be happy in a relationship – that I was doomed to be in an unhappy marriage, just barely tolerating the person I decided to be with, and I thought, for the longest time, that it was me, I was the weak link, I was the reason everything failed. But what I realized recently, is that I was in relationships with people who never believed in me. 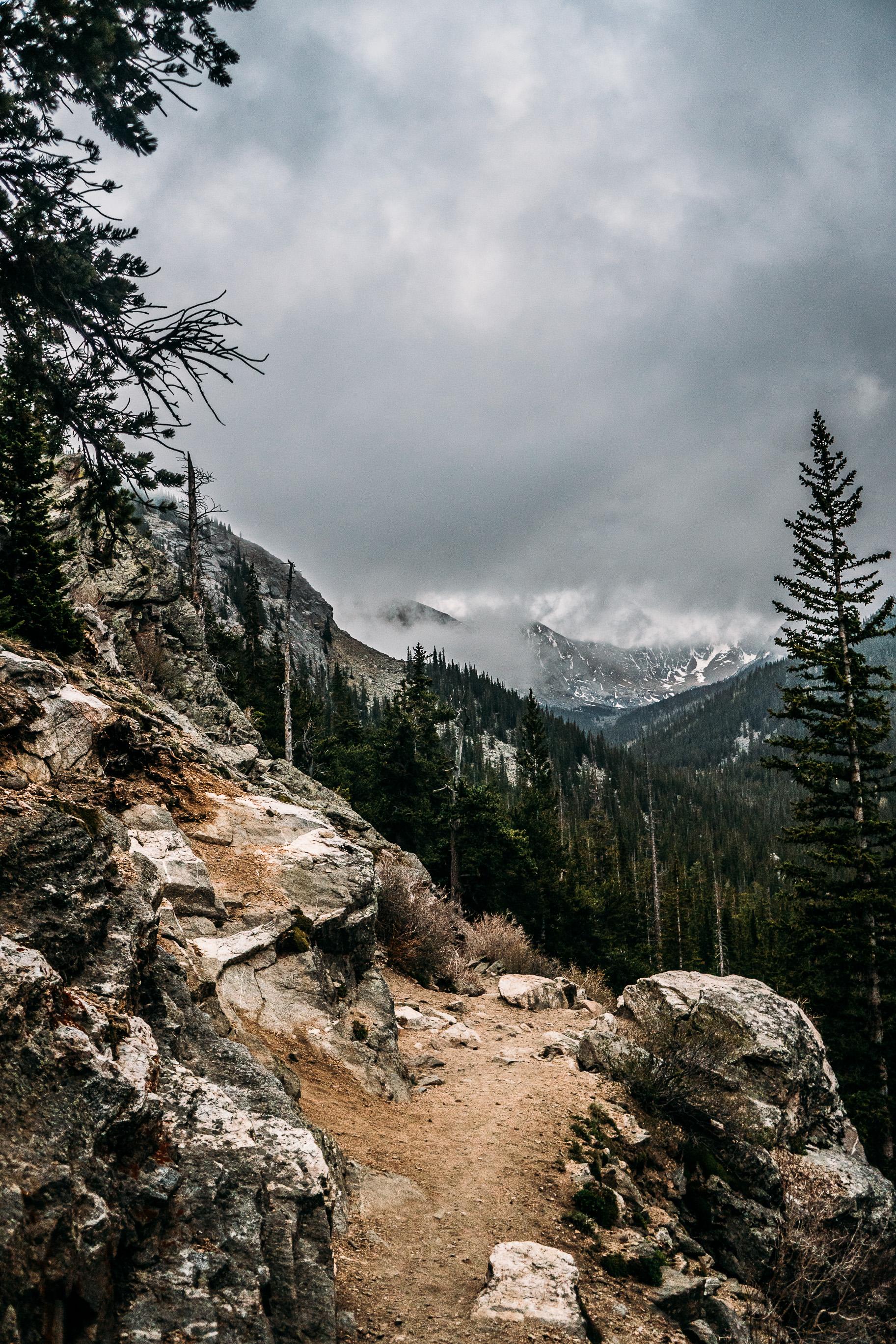 At the lowest point in my life, I was with a boy who didn’t even believe I could do mission work because it wasn’t safe and he wouldn’t be there to protect me. He constantly told me I shouldn’t go. The breaking point in our relationship was on a hike (ironic enough) where he didn’t trust me to hike on alone for fear that I would get hurt.

I will say this loud for everybody in the back because it’s important. 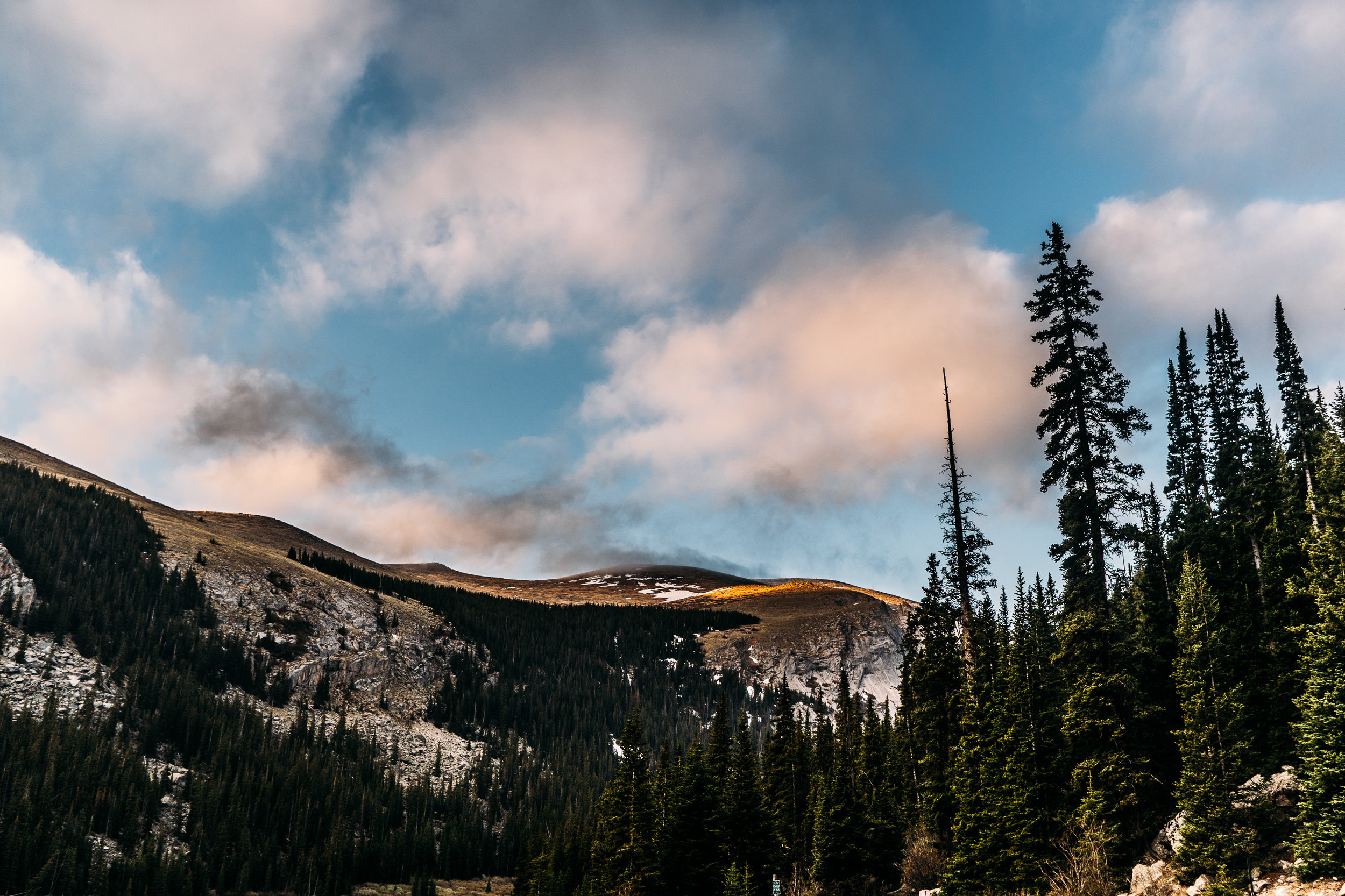 The last three years have been a stark contrast to the life I was living previously, there were many days were Eric believed in me even more than I believed in myself. He believed I could dead-lift 120lbs when I kept saying I couldn’t. He kept yelling at me to do it, and what would you know, I picked it up and it felt like nothing, then I panicked, and I dropped it again. And maybe it was the adrenaline of arguing about it, maybe it was the right technique, I don’t know, but he knew I could do it, even when I told myself I couldn’t.

And he’s like that in all aspects of my life. He builds me up, wither I feel like I want it or not, he forces me to get off my “feel bad for myself” boat, and up into the real world. It has shaped me into a better person, a stronger person, and a more confident person.

Hiking has become my source of confidence. It makes me feel song. As many of you know “Into the Wild” is one of my favorite books and a quote I regularly recall is…

It is important in life not to be strong, but to feel strong, to measure yourself at least once. If you want something in life, reach out and grab it.
– Chris McCandless 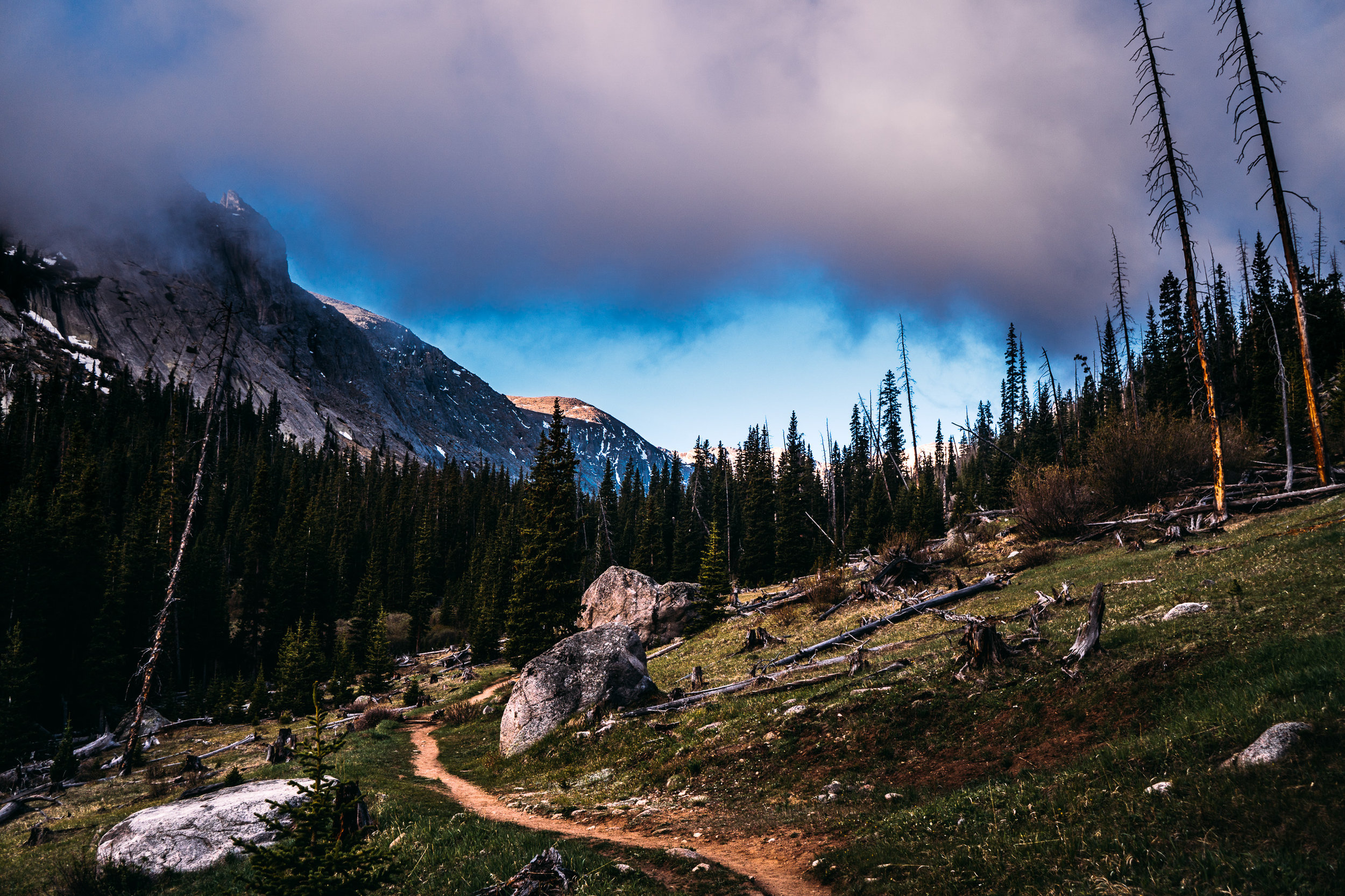 Being out there alone makes me feel strong. My legs are the only legs to carry me in and out again. I get back to the trailhead and I feel tired, my legs are weak, my feet are screaming for the release from my boots, but I feel good, and I feel strong and accomplished. Something that some people in my past life prevented me from having. Eric encourages me to go, he might not enjoy hiking as much as I do, but he won’t ever tell me to stop, and I love him for that. 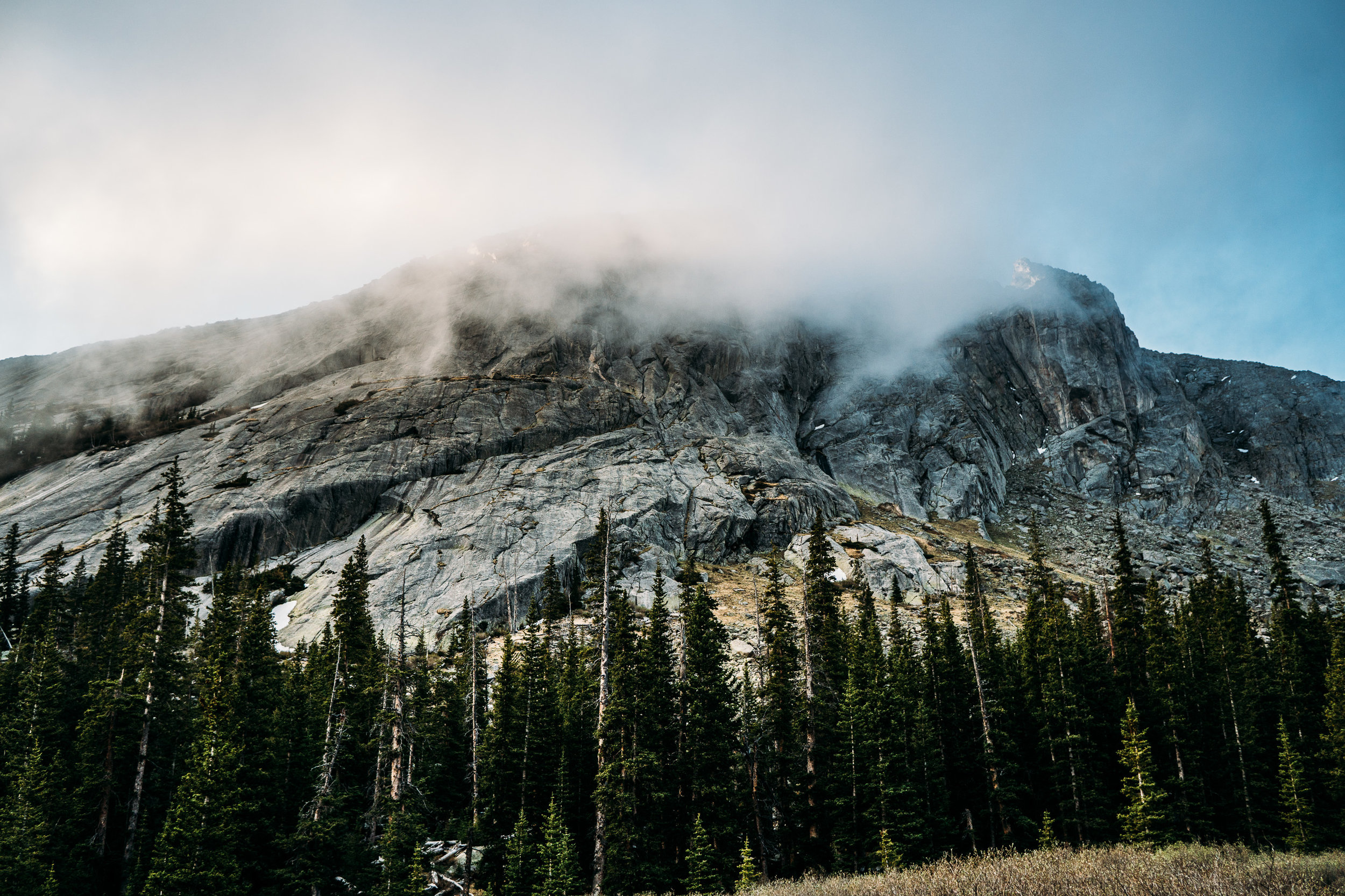 So there are my thoughts from the trail – Here are the remainder of my photos! 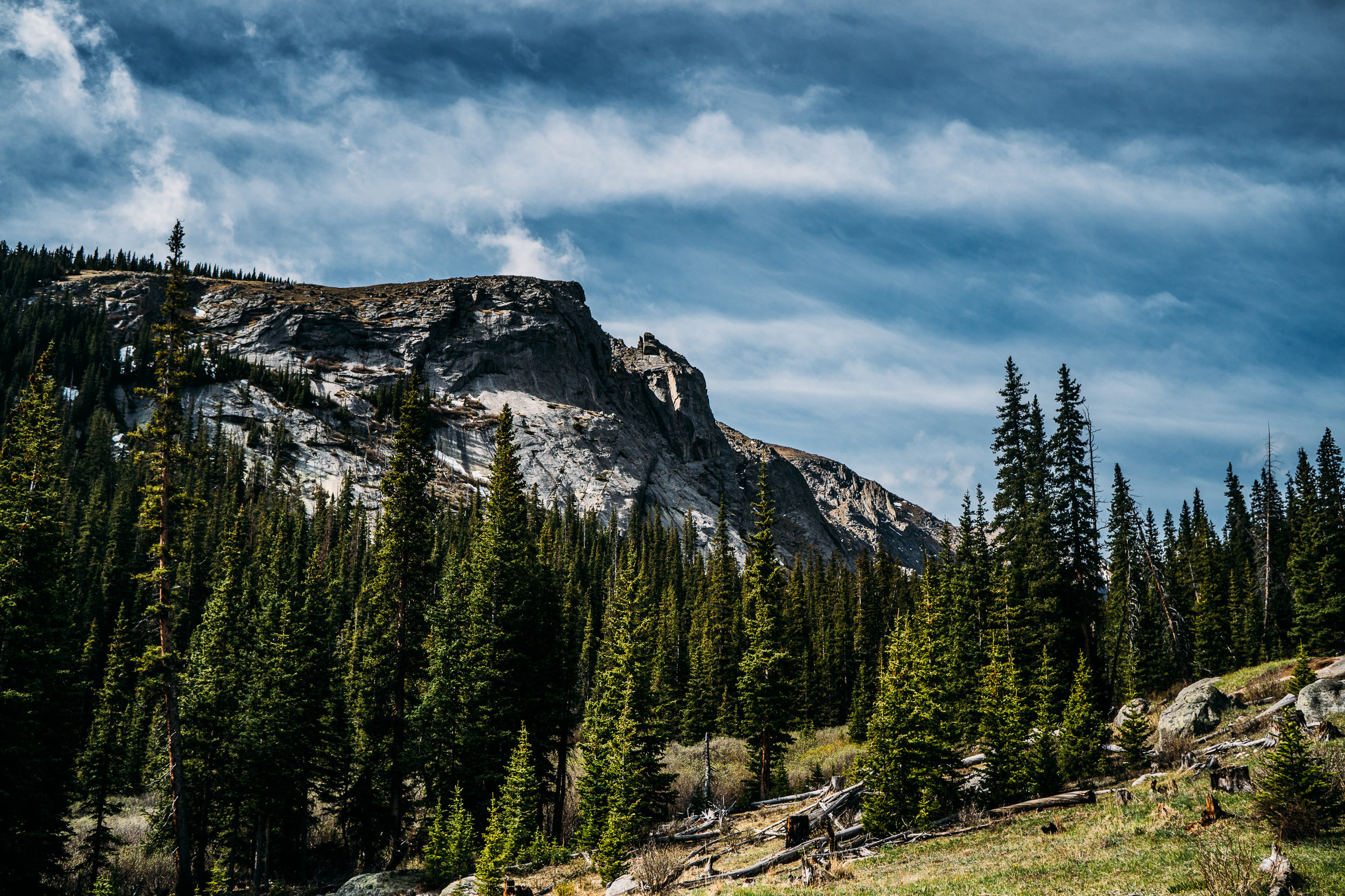 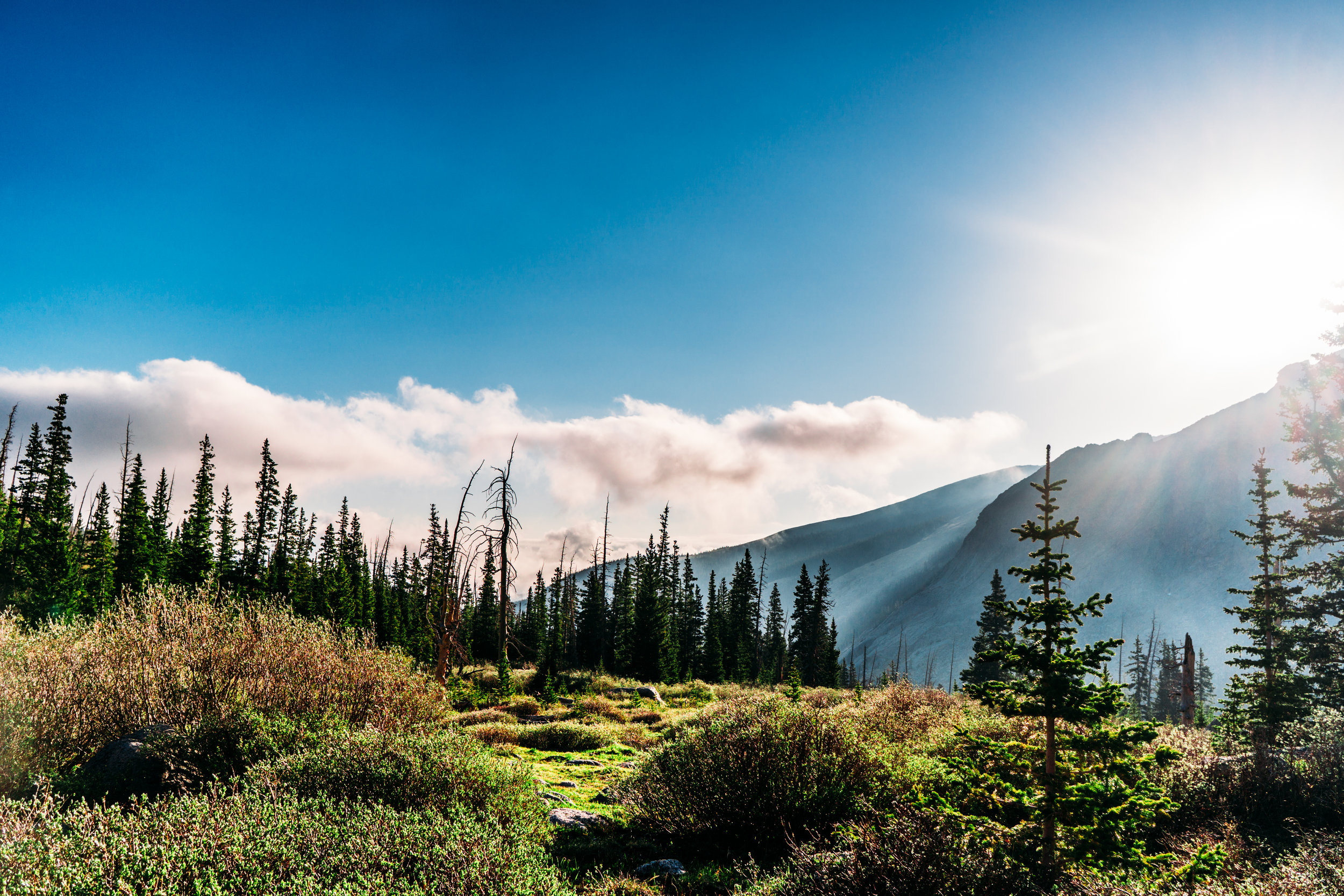 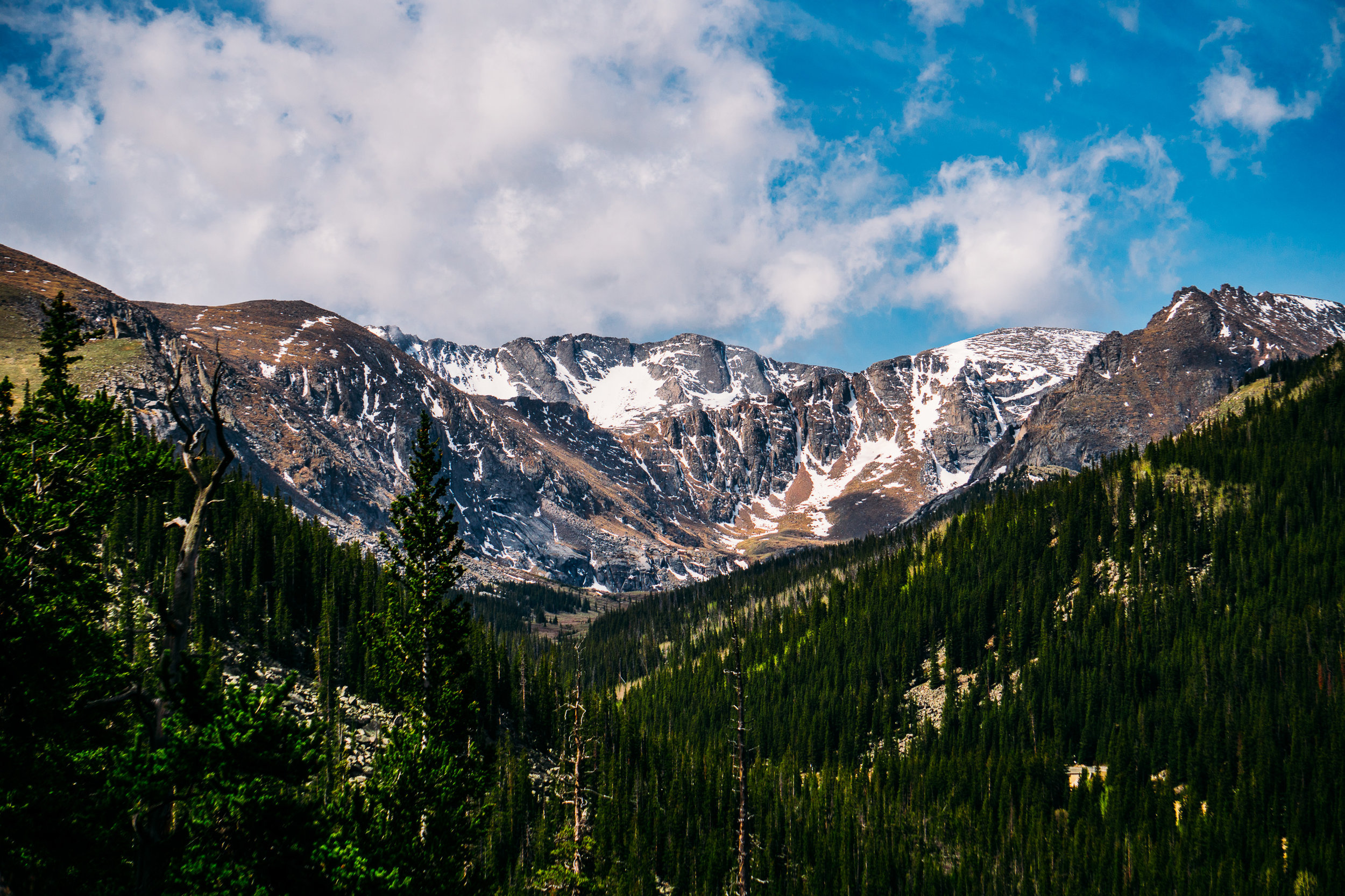 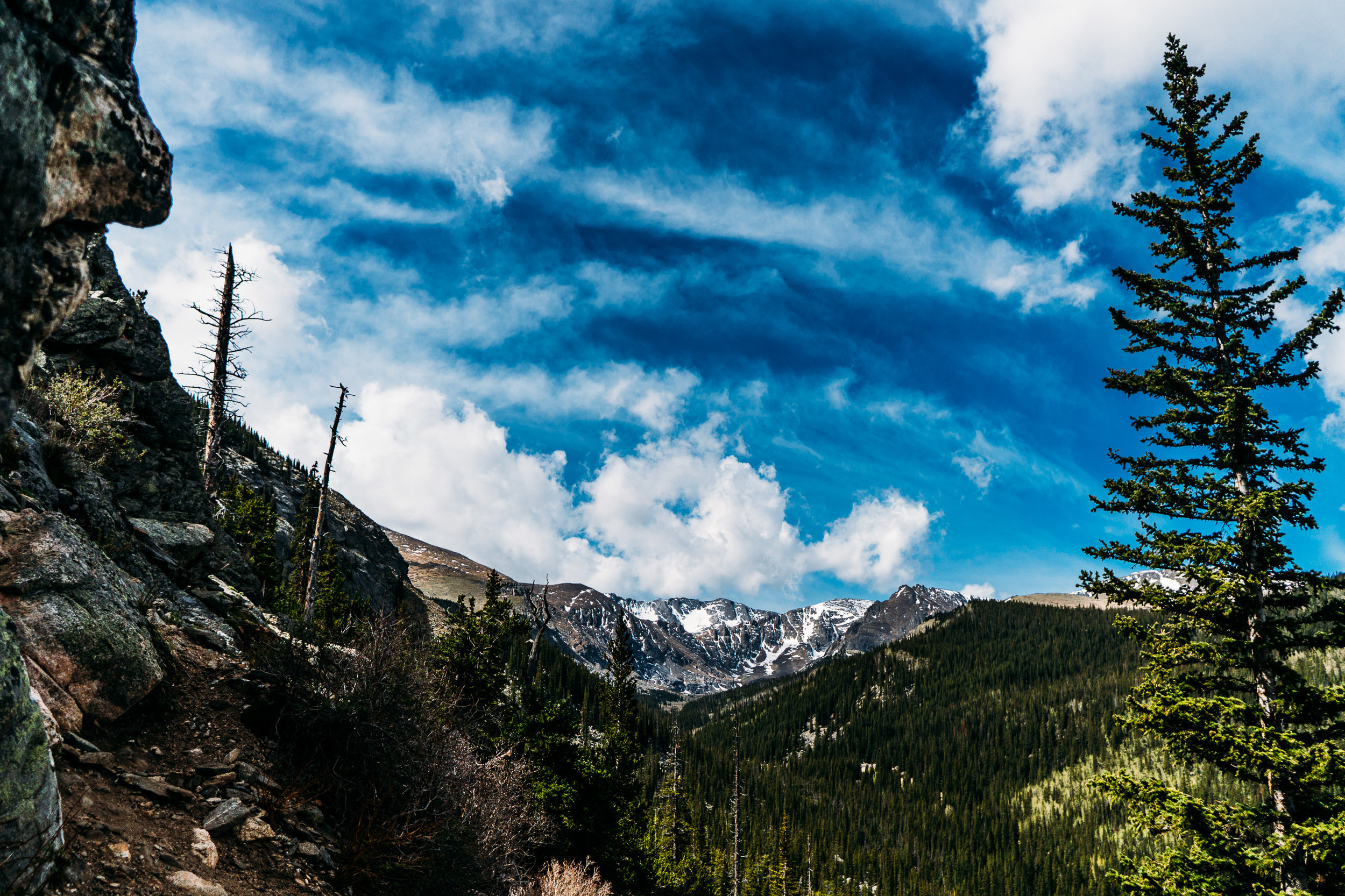 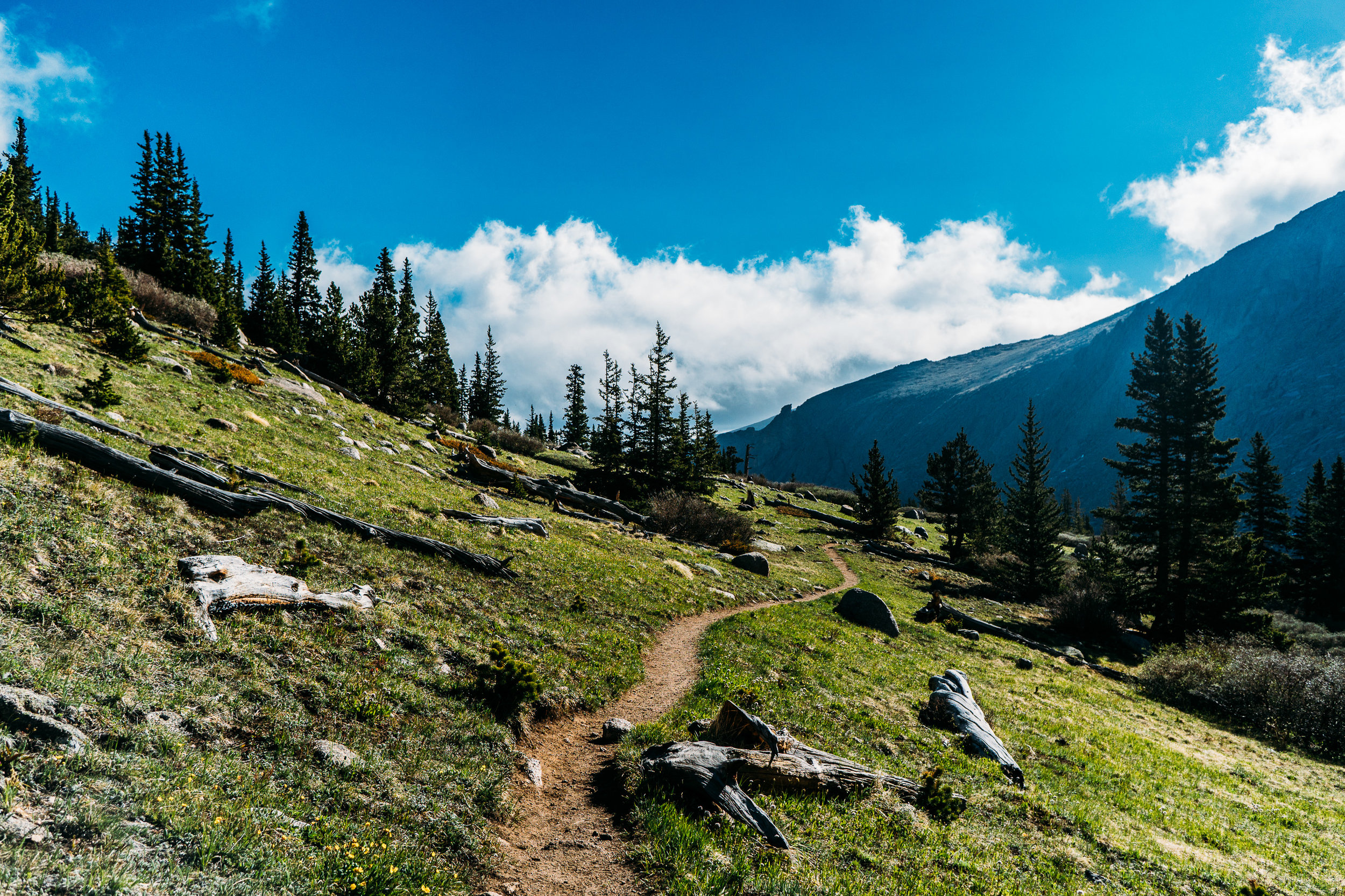