This last April, I was involved with a Discipleship Training Course, thanks to Dave Gustaveson, who I met shortly after getting back from my trip with Youth With A Mission. This course is Dave’s vision for people who can’t necessarily set aside their lives for 6 moths, but want to experience missions and the teaching that YWAM has to offer. This course is still roughly three months long, but only two nights a week.

A couple years ago as somebody right out of high school, I still had my doubts and reservations about going to my own DTS;
What would this do to my photography business?
I was in a relationship with a guy my senior year that didn’t want me to go and was discouraging me from going.
I would be putting school off for at least a year and a half to two years due to the timing.
Was I just going because I didn’t want to commit to a college or major? 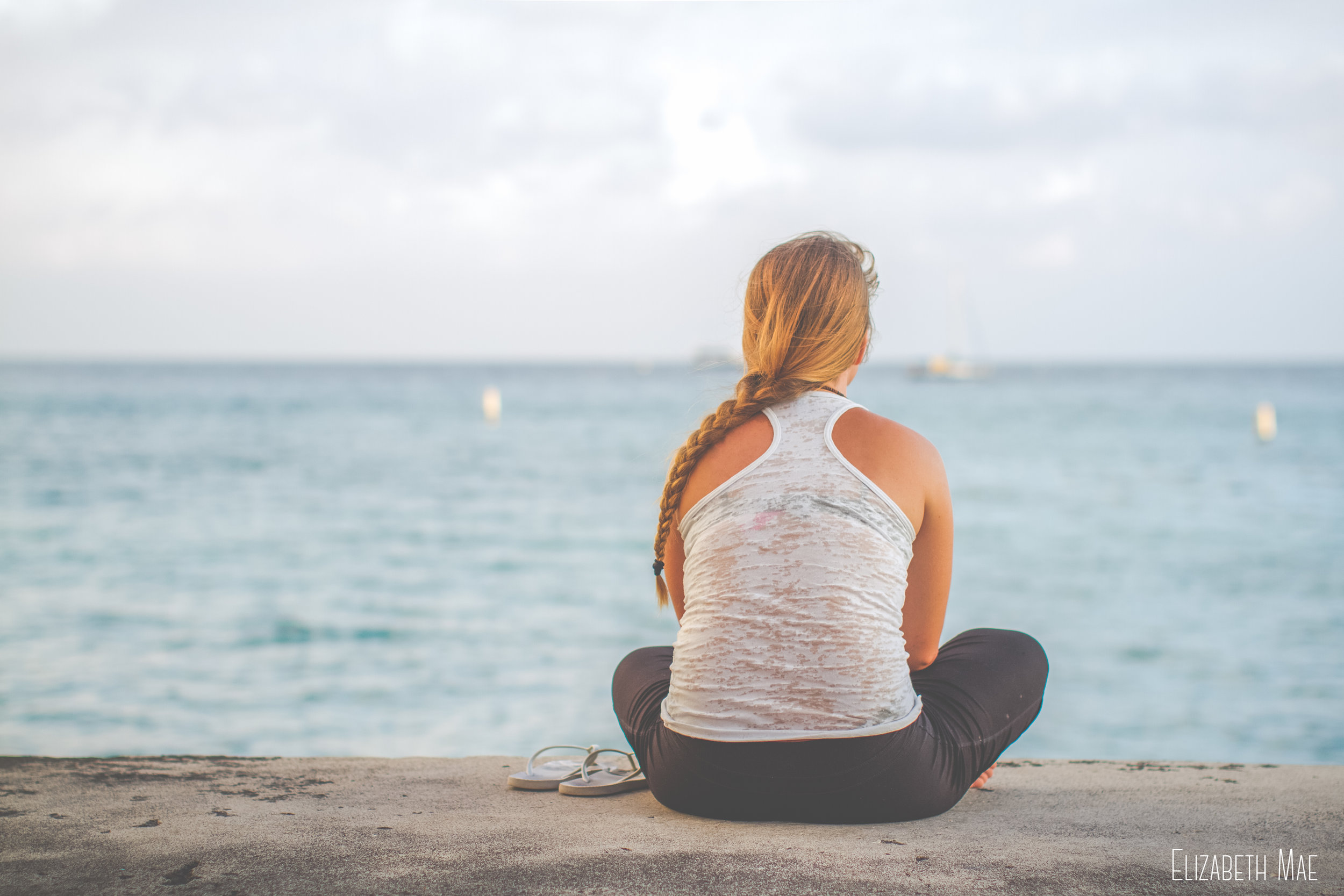 I ended up going and had a really rough time, and when I got back, I was bitter and angry with YWAM, I was blaming them for the problems I caused for myself, and I didn’t want to have anything to do with them again, I was done. And then I met Dave, and he convinced me to staff his class. I started to see this as an opportunity for healing, revelation, and just a chance to start again.

I had to laugh at myself a little bit when I was driving to the first meeting; I thought “you know, this is kind of a big commitment, I don’t know if I can do this.” This is after doing missions for 6 months, and two nights was too much. It’s funny how we think like that, isn’t it? I suppose that’s what keeps so many of us from doing the things we want to do. I can’t even commit to go to the gym once a week, and we do this all time time, especially with church and our spiritual lives.

We had several girls in my small group, but only two got to go on the outreach as well; Erika and Bree, who were about 10 years apart in age. That was one of the other goals Dave had is to reach the younger kids and get them excited for missions and actually get them out on the missions field. 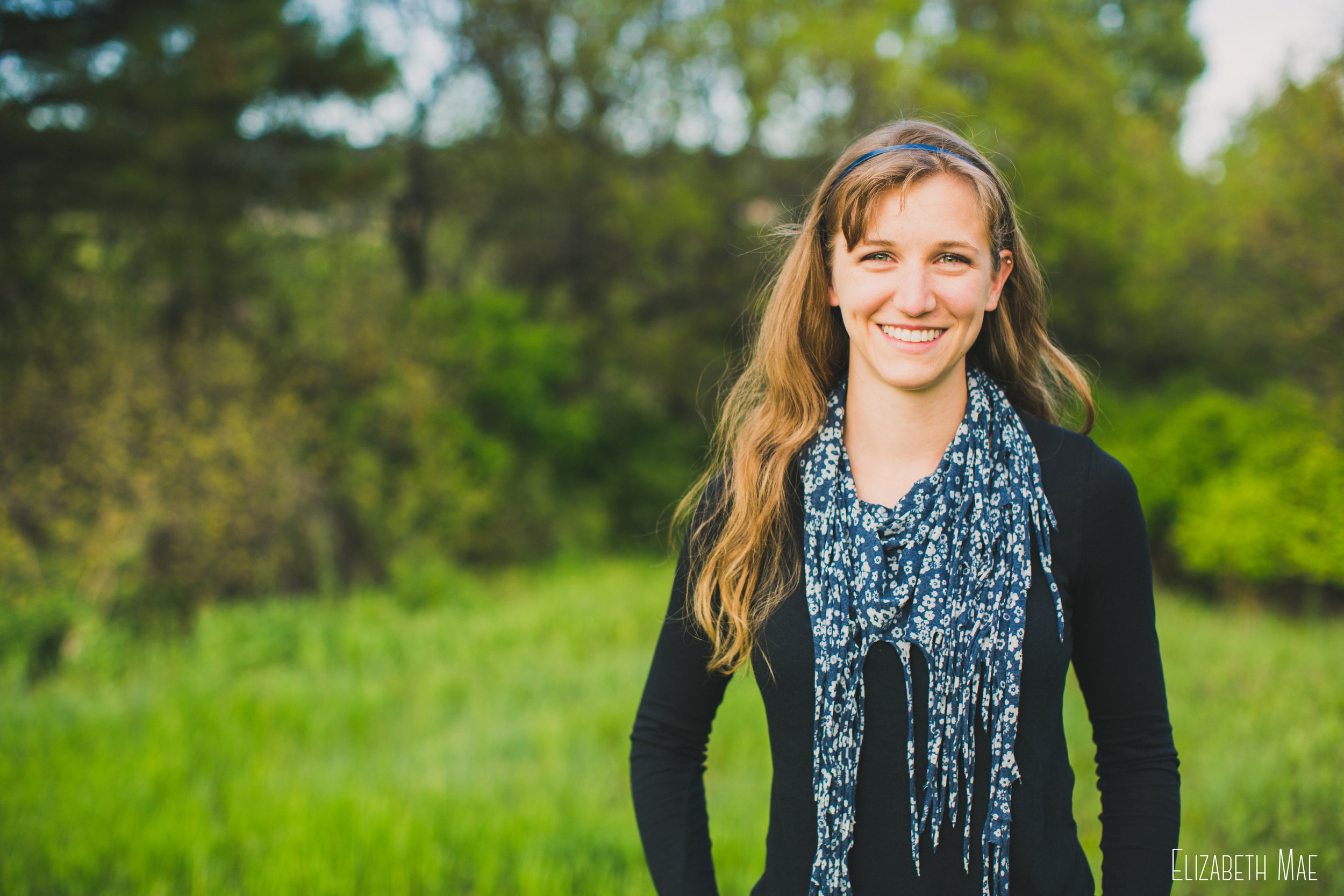 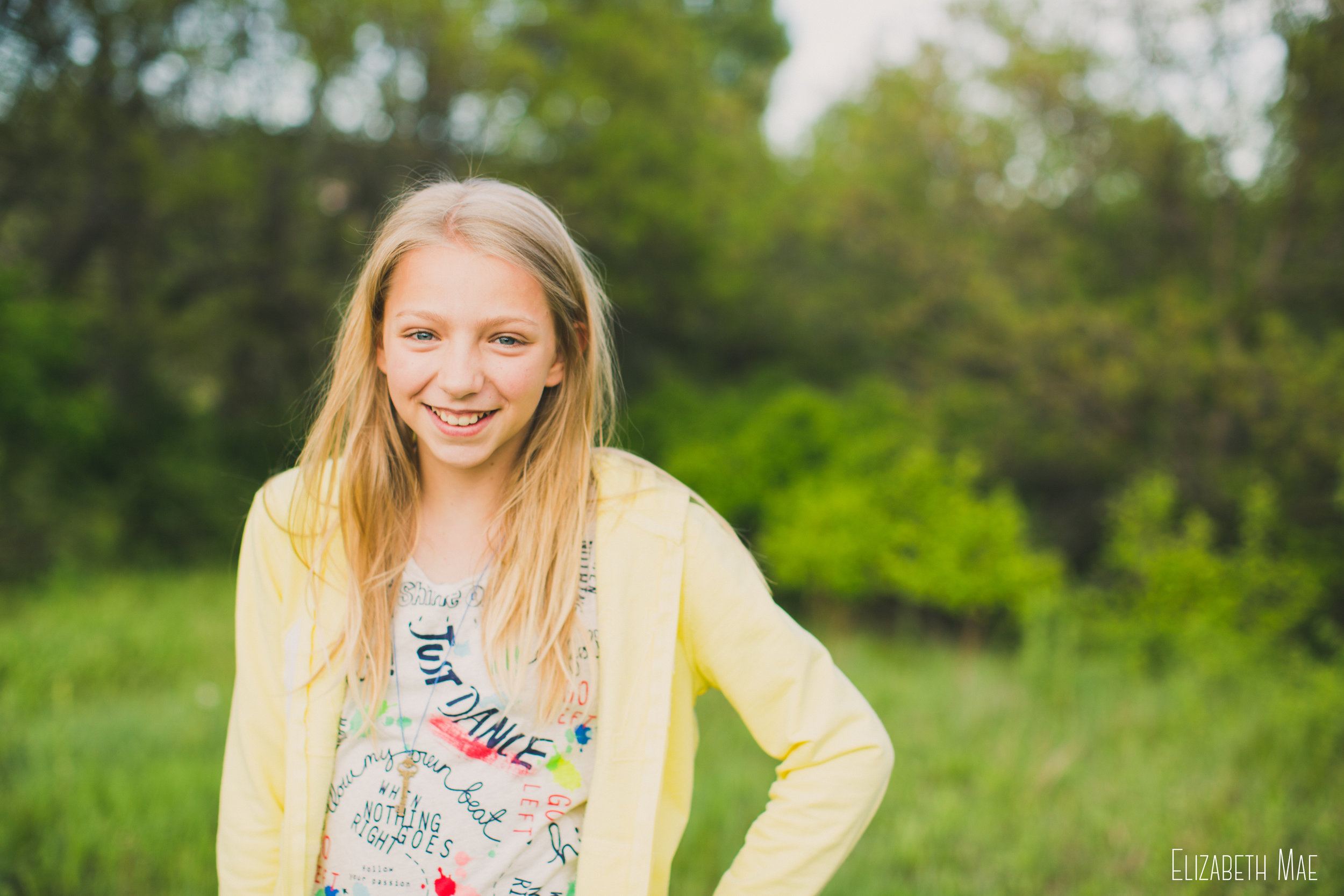 The class had different speakers each week hitting most of the topics that we went over when I was in Hawaii, so to me it was like a chance at a do-over, to re-learn what I missed or was too tired for after weeks of morning breakfast duty.

But I remember one week that we were in intercession for millennials, and it all just hit me harder than it ever did when I was at YWAM. After getting back and now being surrounded by people who didn’t love Christ, who walked away from Him for whatever reason, my heart just broke for my generation and especially for my friends. I regularly pray for some of my friends who God has given me words or vision for, I make an effort to intercede for their lives because sometimes that’s all I really can do.

We have stopped dreaming for our futures, we’ve fallen into this transcendentalist movement that is so focused on the now, that we hardly aspire for greater things. The church has become very quiet regarding the world’s problems, and they push them under the rug. We have so many fatherless children and abusive parents, and so much depression and loneliness, that we’ve all found ourselves lost and wanting more, but aren’t exactly sure what anymore. 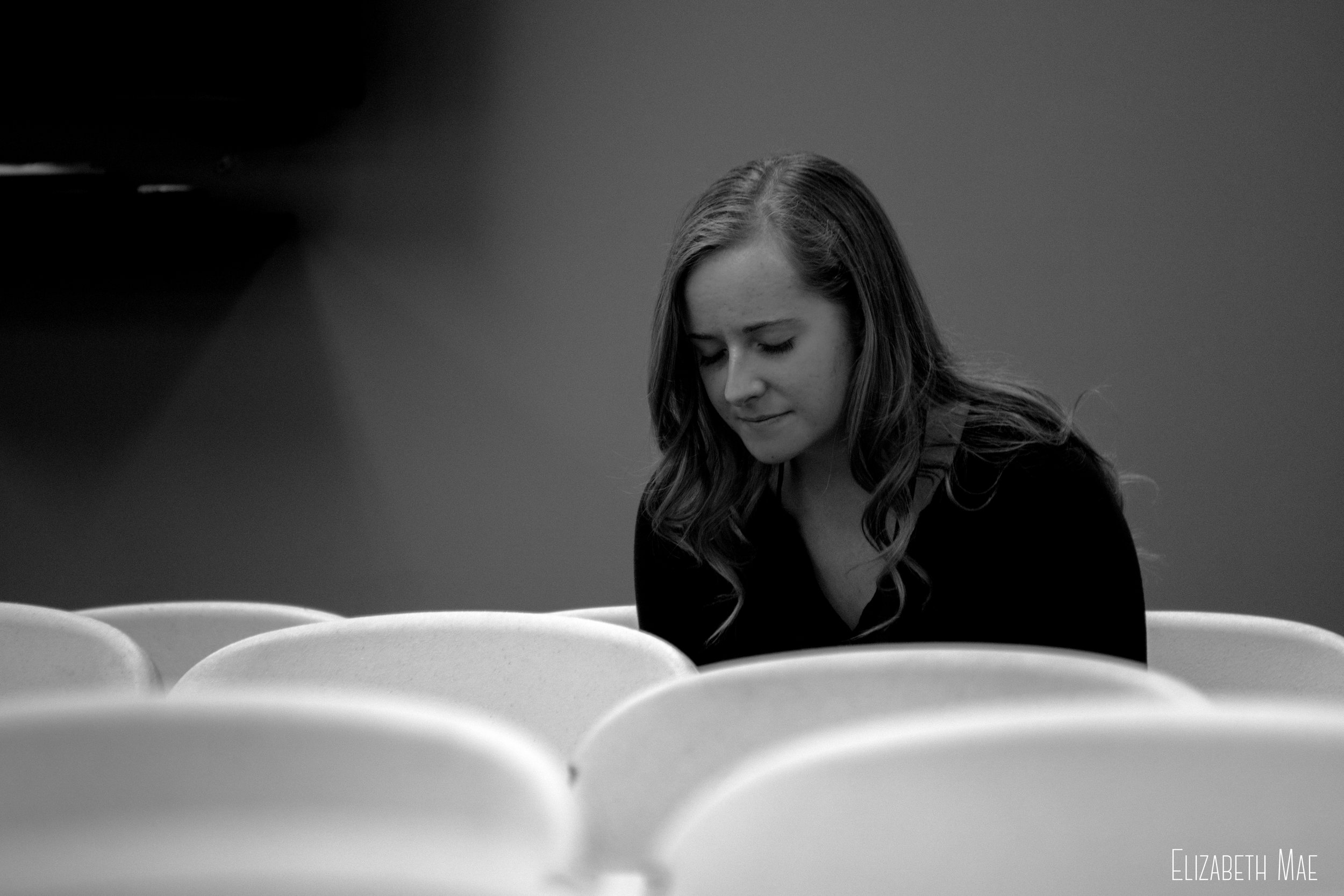 While some are called to other nations, I feel called to our generation. If we hold such a heavy influence on the direction of our nation and culture, why can’t we use that same influence to reach out to our own? And this class, and the rest of YWAM is so focused on leading and influencing us to stay the path and continue to reach out when the rest of the church is going silent.

We need to be radical. We need to be loud. We need to share the gospel with everybody, even those who have already heard it. It’s not a one time message, it’s not an “accept the fact and move on,” it requires you to give up yourself, let go of what you hold so tightly in order to follow the Kingdom of Heaven, and this world has become so much about “Me, Myself, and I” that letting it all go is a genuine struggle for so many, even for me, I have a difficult time with it, but I’m trying, and I’m working toward that. 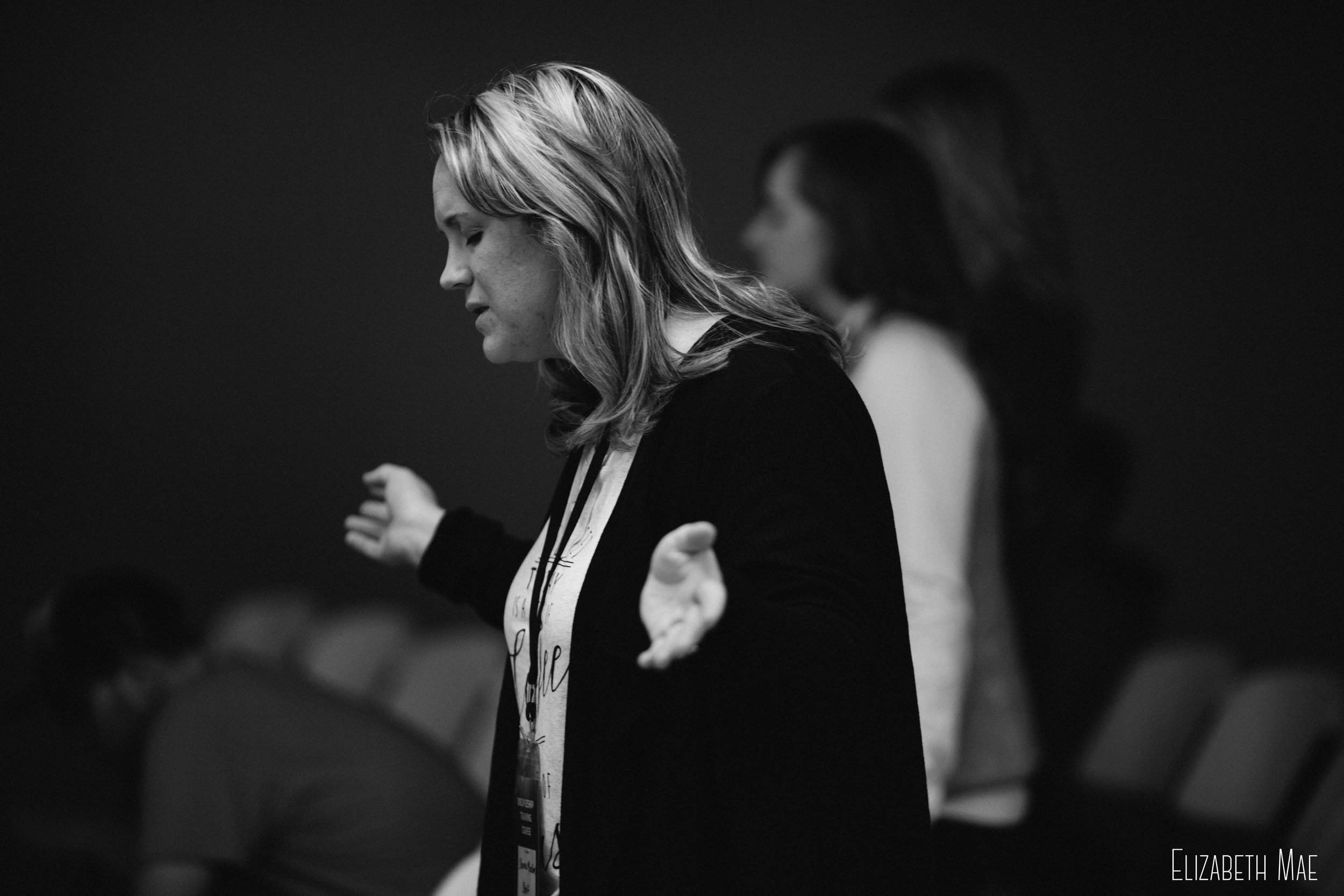 We left for Tijuana, Mexico in June, my boyfriend, Eric, also came on the trip, and we landed in San Diego around midnight and spent the next 10 hours in the terminal waiting for the rest of the team to arrive while trying to find a comfortable spot on the floor or chairs, A/C on high, and music blasting (most likely to deter people from sleeping in the area). 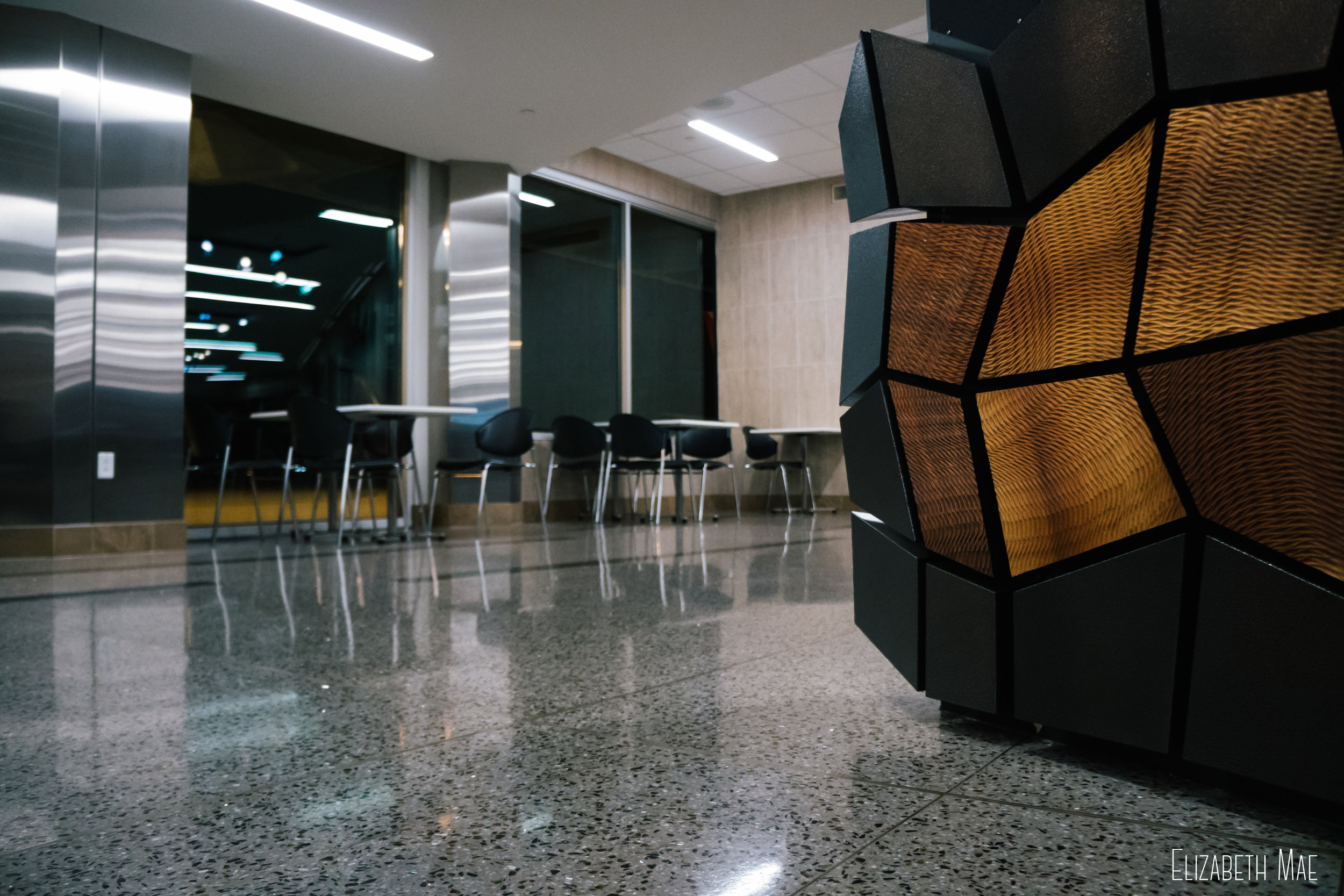 For those of you who followed my writing from my time with YWAM, I’ve already written on Homes of Hope and the base in Tijuana, Mexico. Going back, was like going home, and I was excited to see friends I had made there, as well as my leader from my outreach last year.

I love this base, and I wish I had taken more photos to share what it looks like (and why you should definitely do this course and go on outreach next year!) but they are definitely the most hospitable base I have ever been on. They bring multiple teams in just about every weekend to build houses. We had about 80 people come on this trip, and with that number, we built three homes over two days.

I attempted to get around to each of the build sites with Jeff to interview and film the families we were building for. We really want to be able to tell people’s stories, especially to be able to share that with our friends and family who donated toward our mission (one house was donated entirely by one man, praise Jesus!), but we only made it to two of the three build sites. 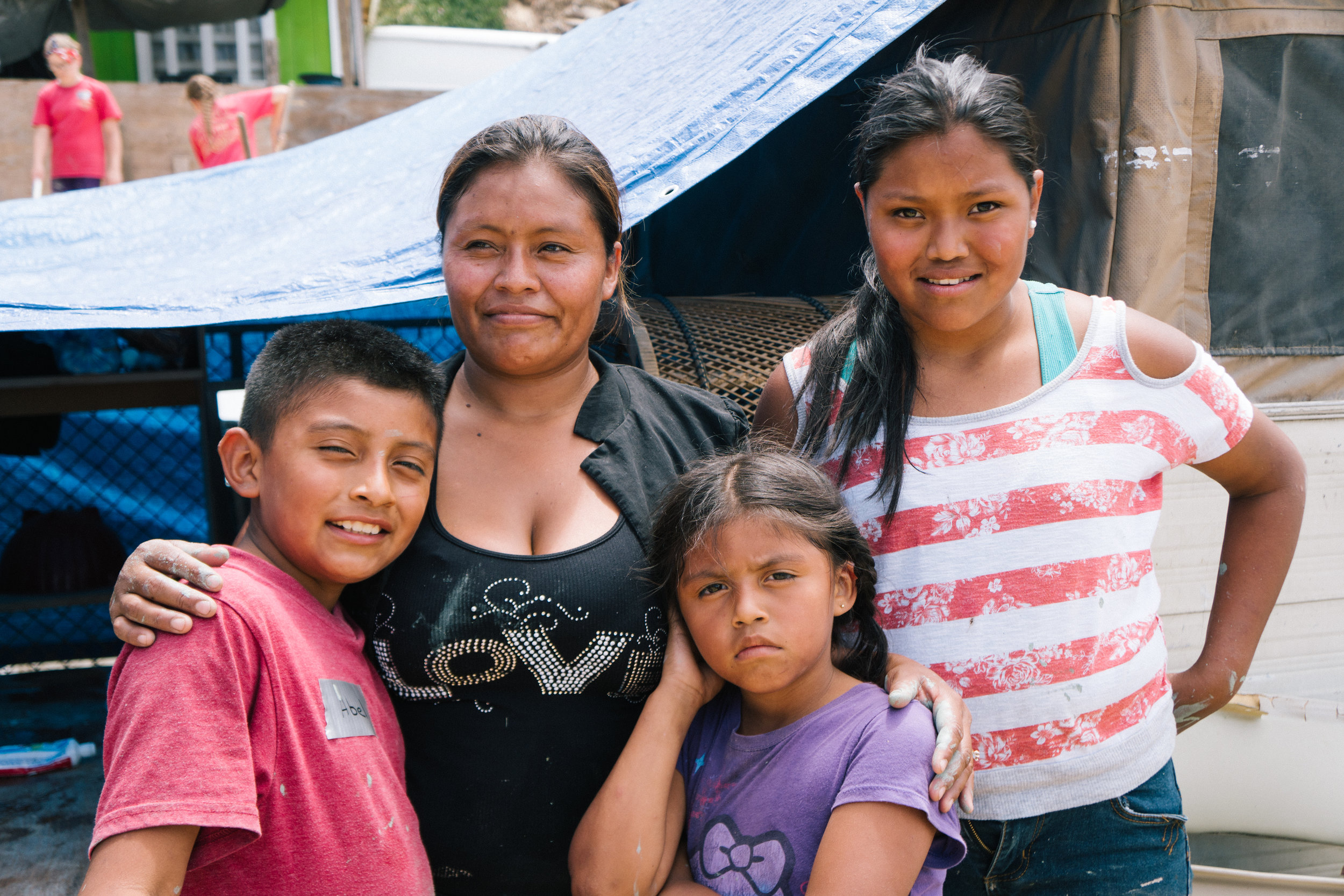 Sara and her three children

At our site, we were building for a single mother of three children. She told us that she had married a man in America who she fell in love with. They had two kids together, but because she didn’t have her visa sorted out, she went back to Tijuana, what she thought would be temporary. While they were married, she told us he was abusive to her, physically and emotionally, and when she was living in Tijuana, he wasn’t helping her with any of the paperwork and visa process, nor would he send any child support. She had her third child in Tijuana. She decided that he was not worth it to her; somebody who was abusive, neglecting, and unloving, and left her paperwork unfinished, and left the man she thought would love her. She has had many poor relationships with men in her life, boyfriends that broke her heart, left her, abused her, and she decided no more.

A couple months before we got there, she got involved in a church, and she finally saw the face of a loving man, and a father who loved her deeply: Jesus. She found a love that she couldn’t find in any earthly relationship, she found a love that she wanted to give to her children, and that brought her out of her depression and loneliness. 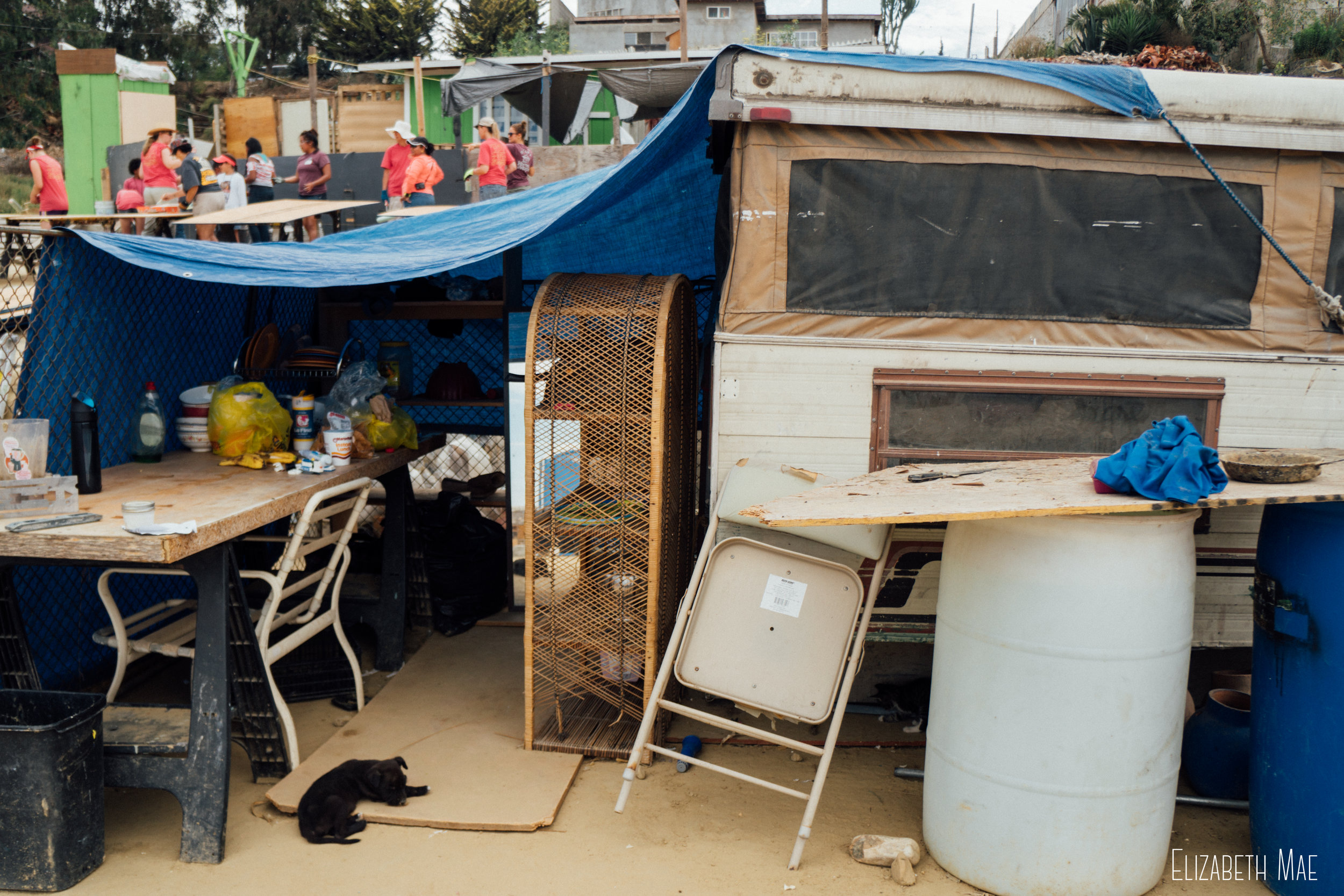 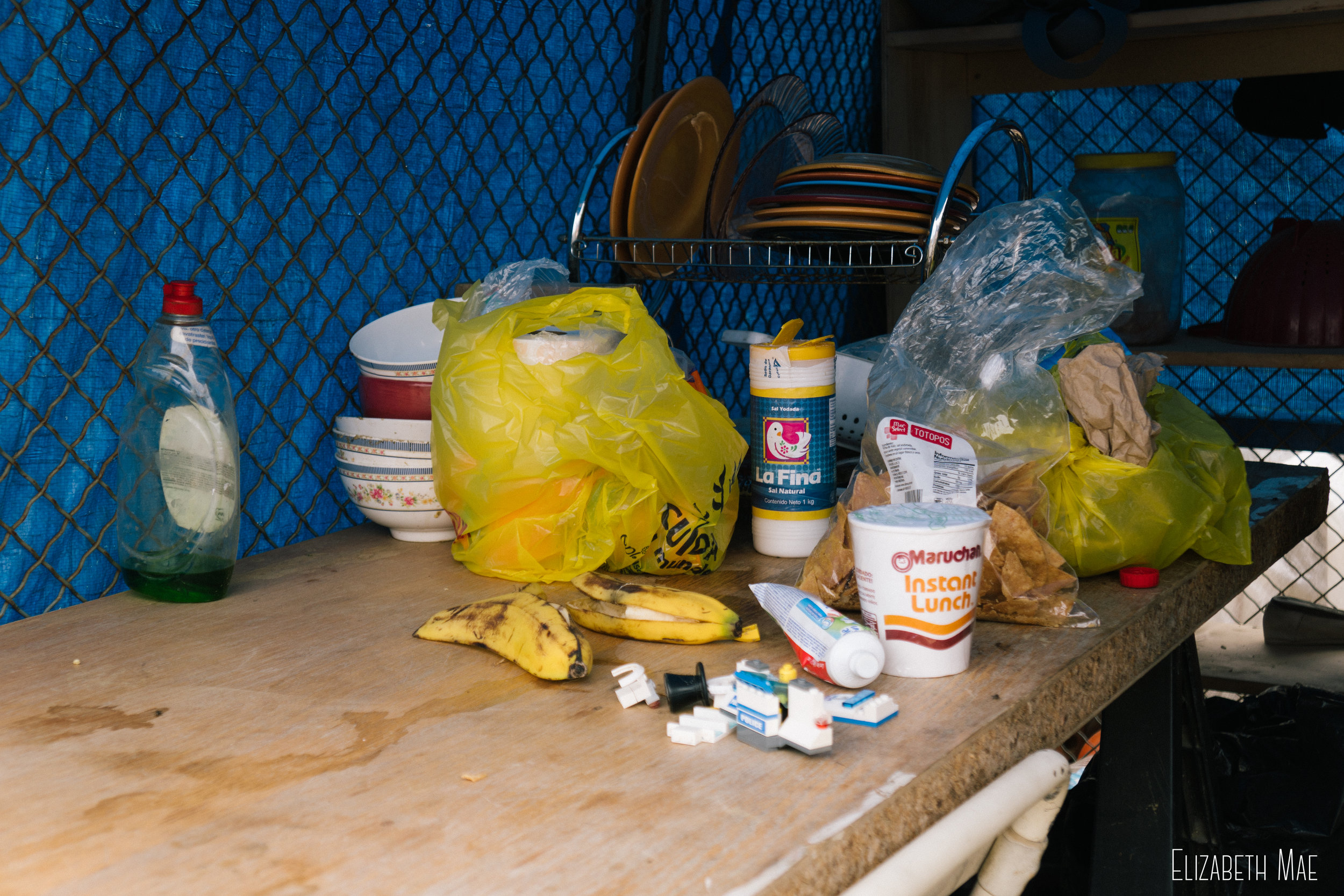 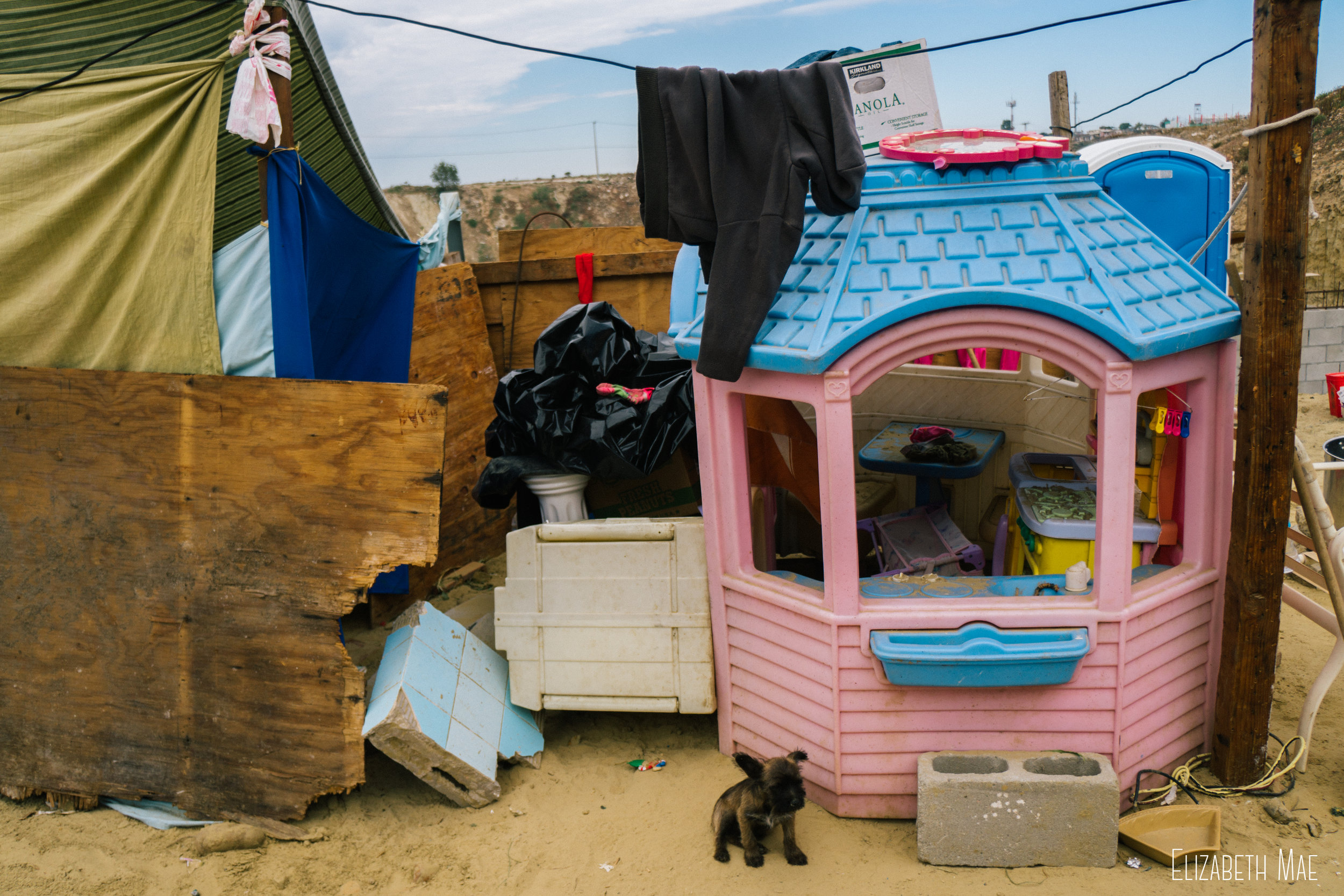 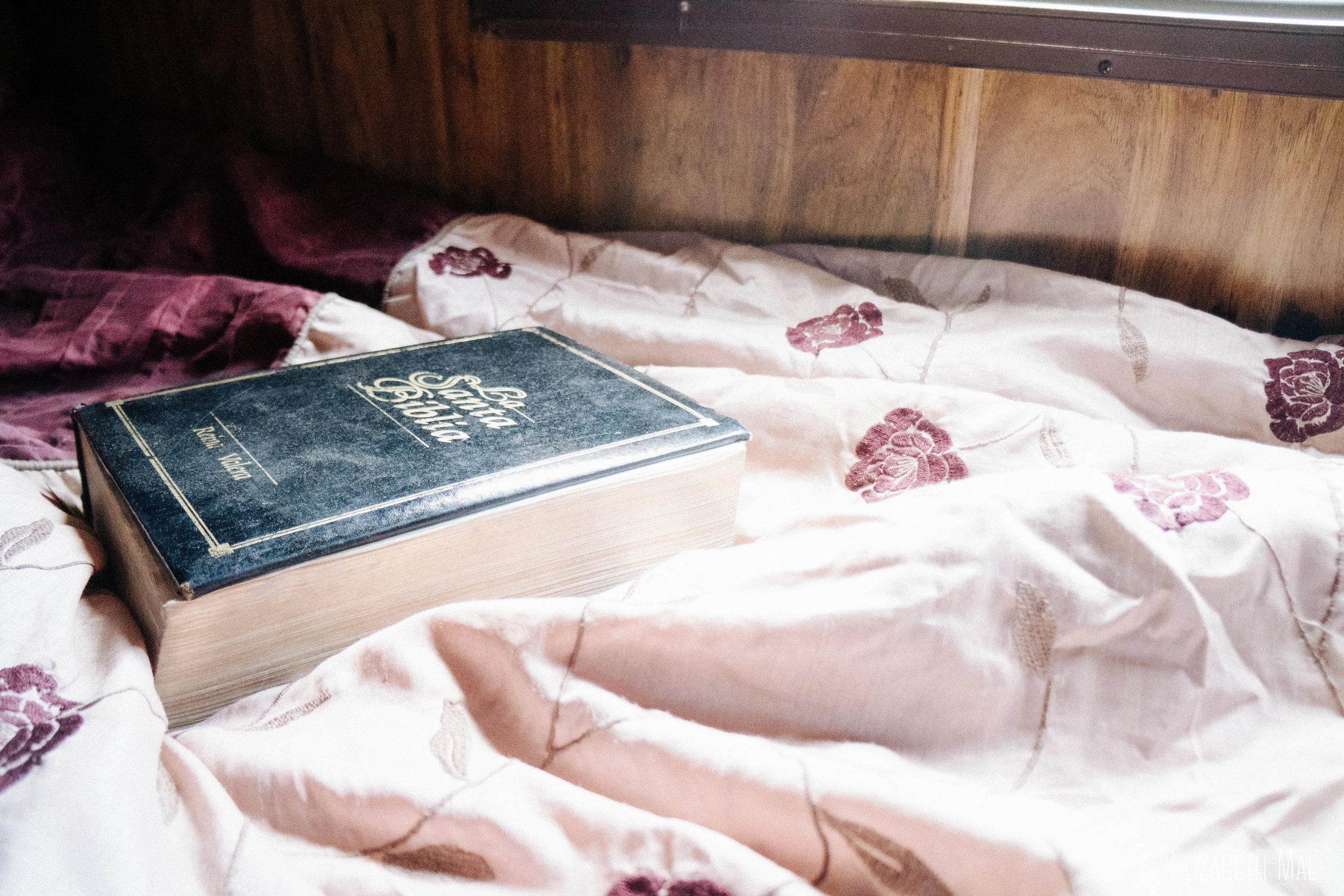 She lived in a trailer that was donated to her by the church, not a nice one you see in the national parks hooked up to the water and electricity, it was a trailer that is intended to fit in the bed of a pickup truck, two beds inside, and a small makeshift kitchen just outside the door. She would get her kids up each morning, make breakfast, and take them to school. She worked in the markets trying to sell whatever she could to pay for her land, food, clothing, and all the necessities of life. She would do this all day until she would go to pick up her kids from school, cook them dinner, help them with homework, an then go to bed to start the cycle all over again. And despite all this, she still donated her time to the church and would volunteer to clean and help out where she could. And EVEN THEN she was trying to save up her money to go on an outreach with her church, so she could give back to others like the church had done for her; they gave her a home, somebody helped her find land to own, somebody donated a playset to her kids, and so many other generous acts of love. She still wanted to give back and do more. 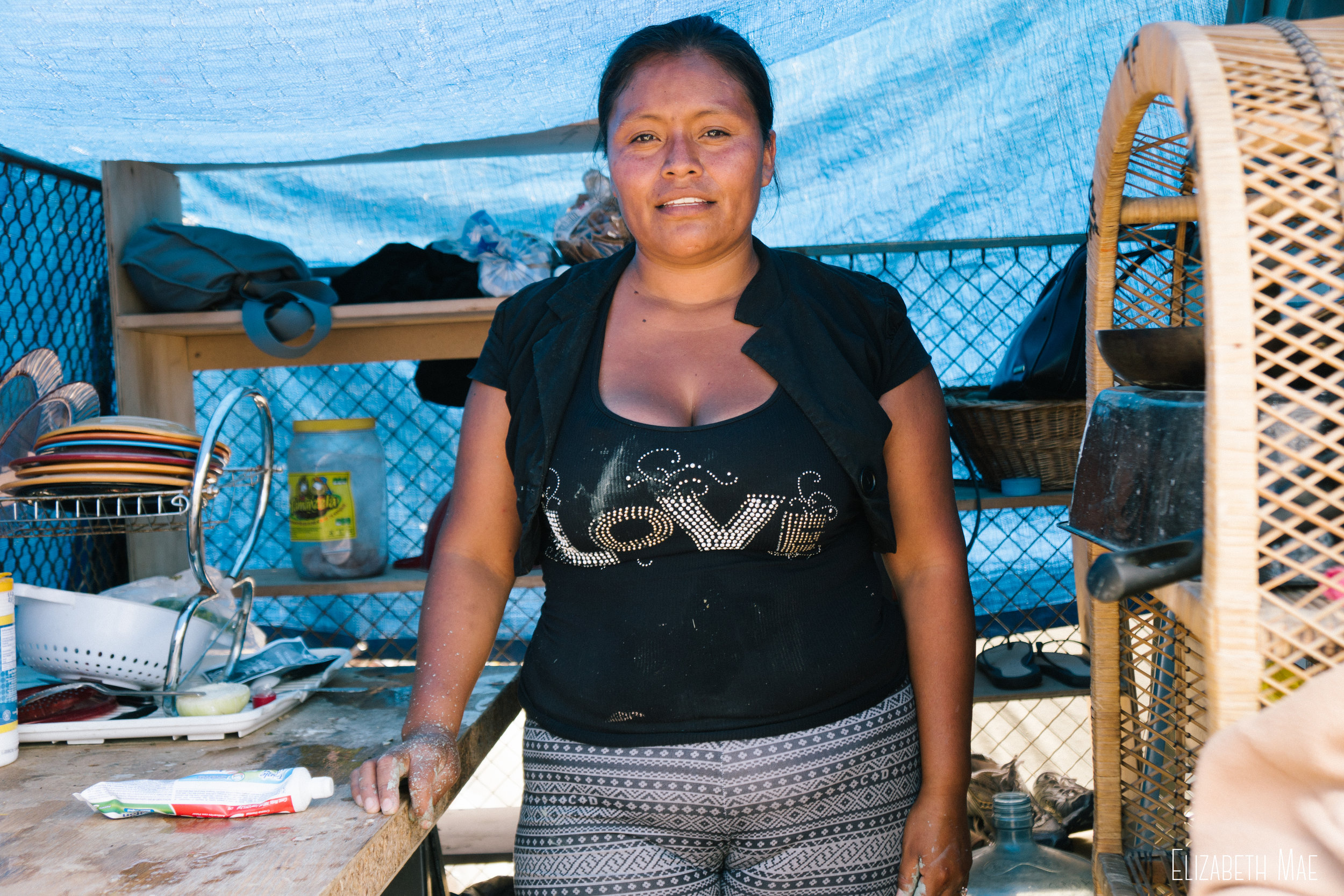 She is a living example of “be a blessing to others” in a way I have never seen before, and it was an honor to build this home with her.

Below are images of the team and some of the building process. Young and old, we all helped build this beautiful home. I can’t wait to go back again next year 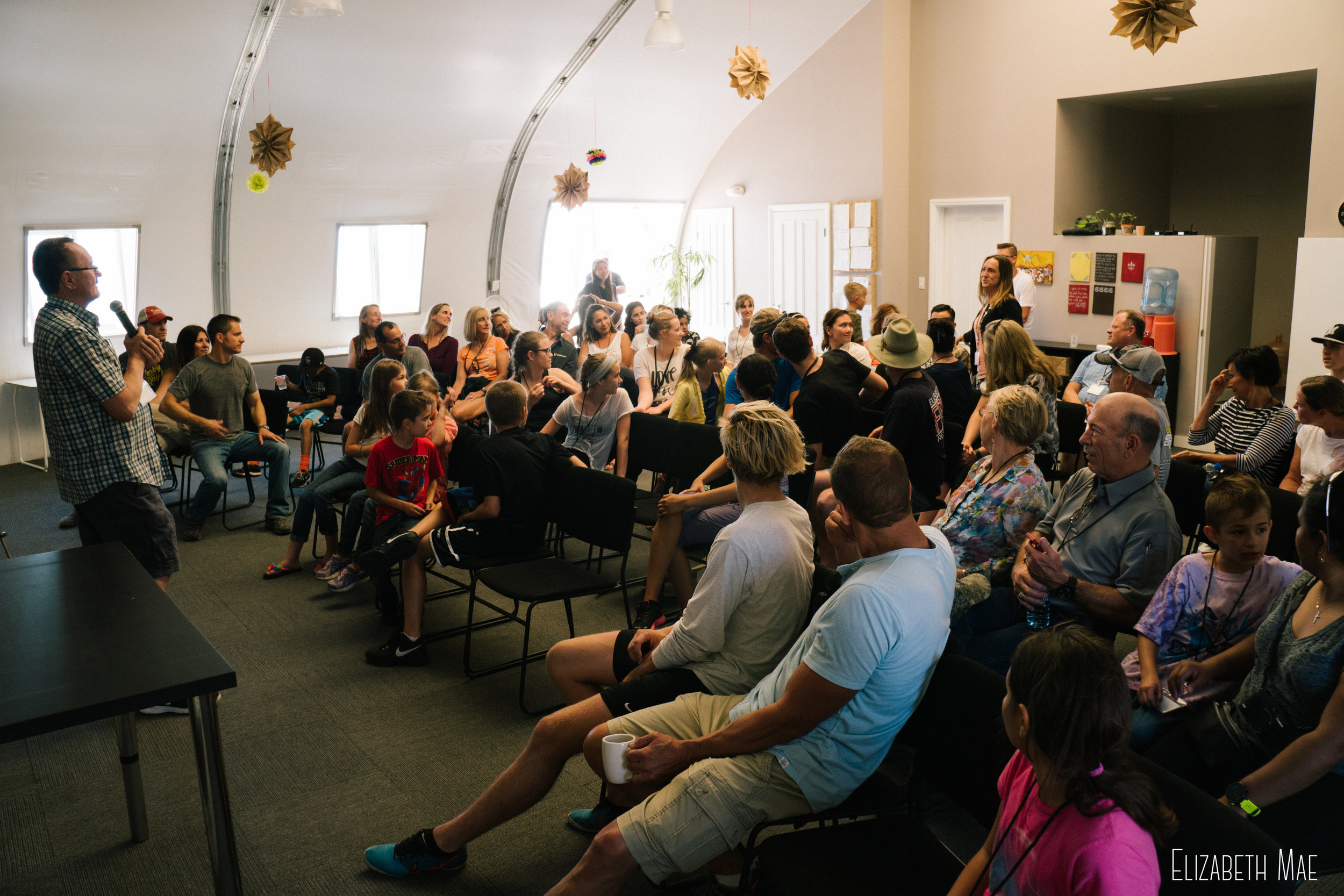 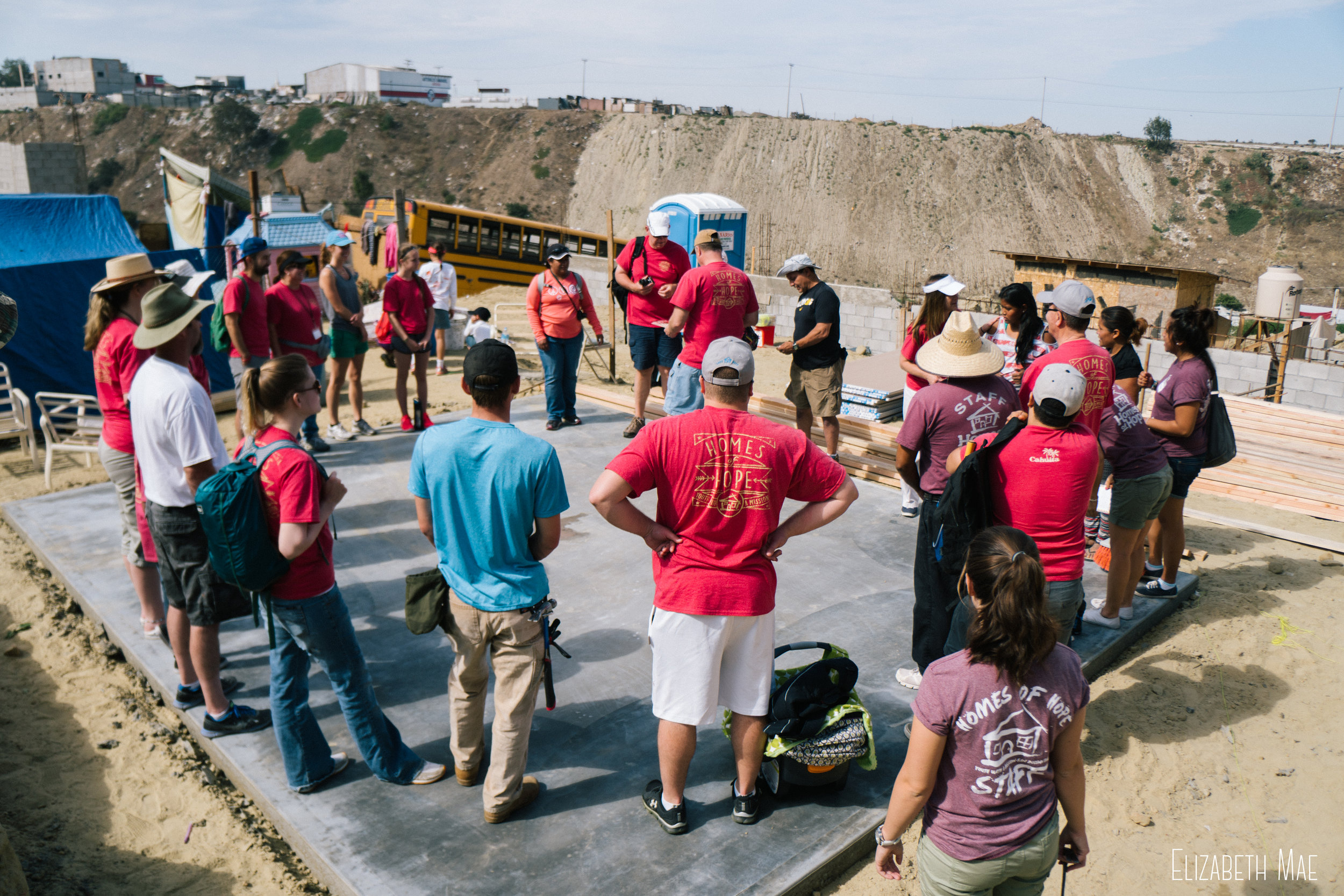 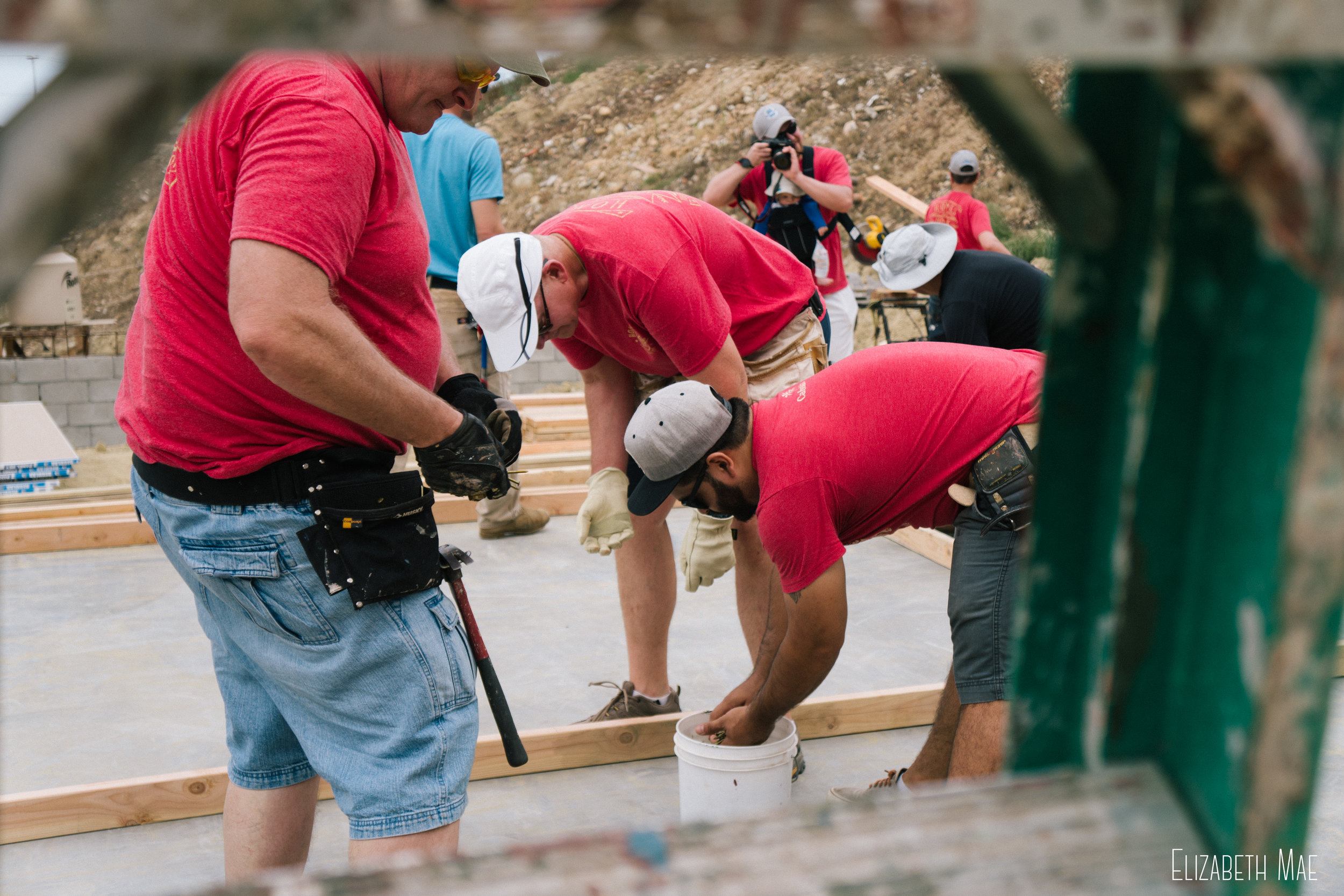 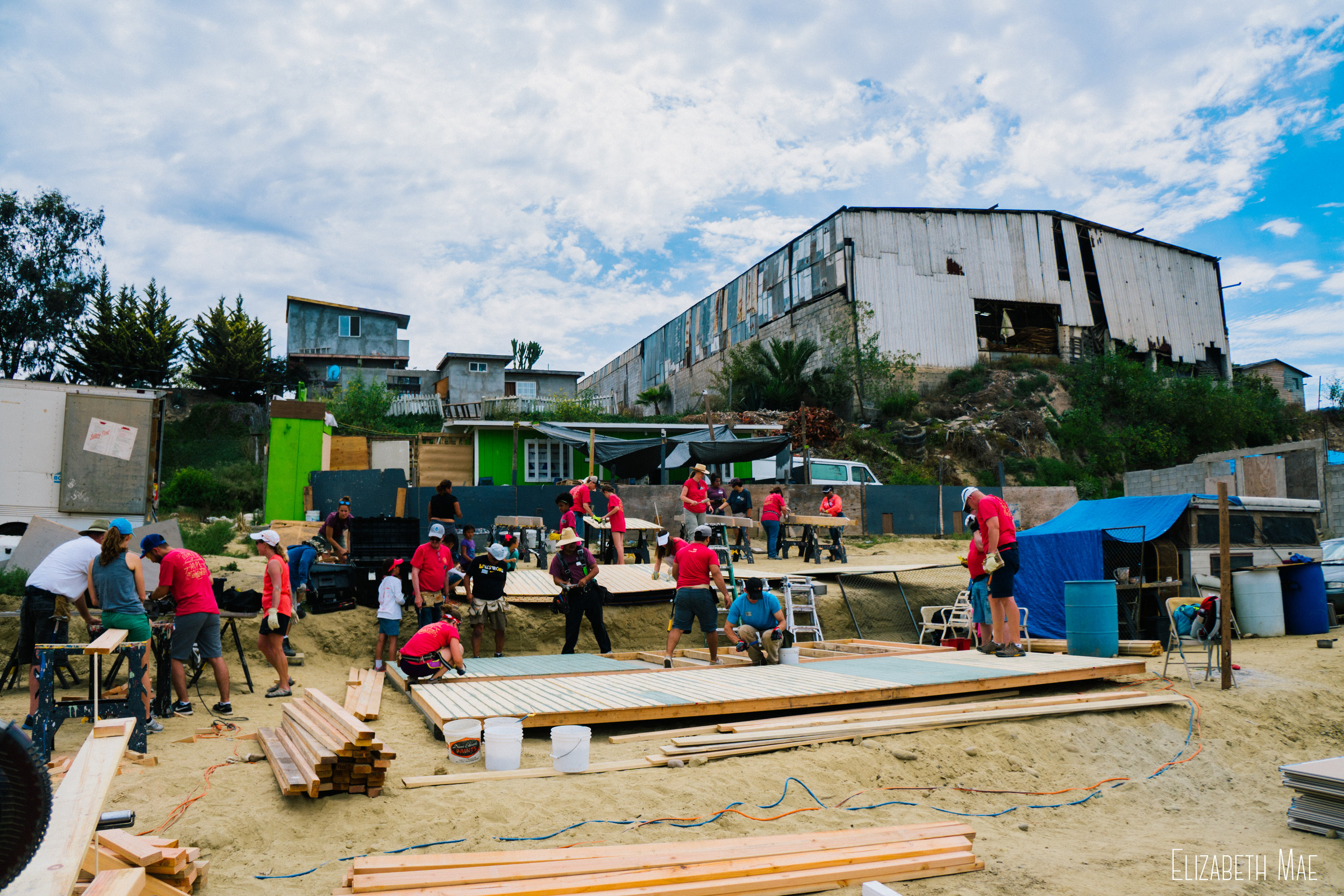 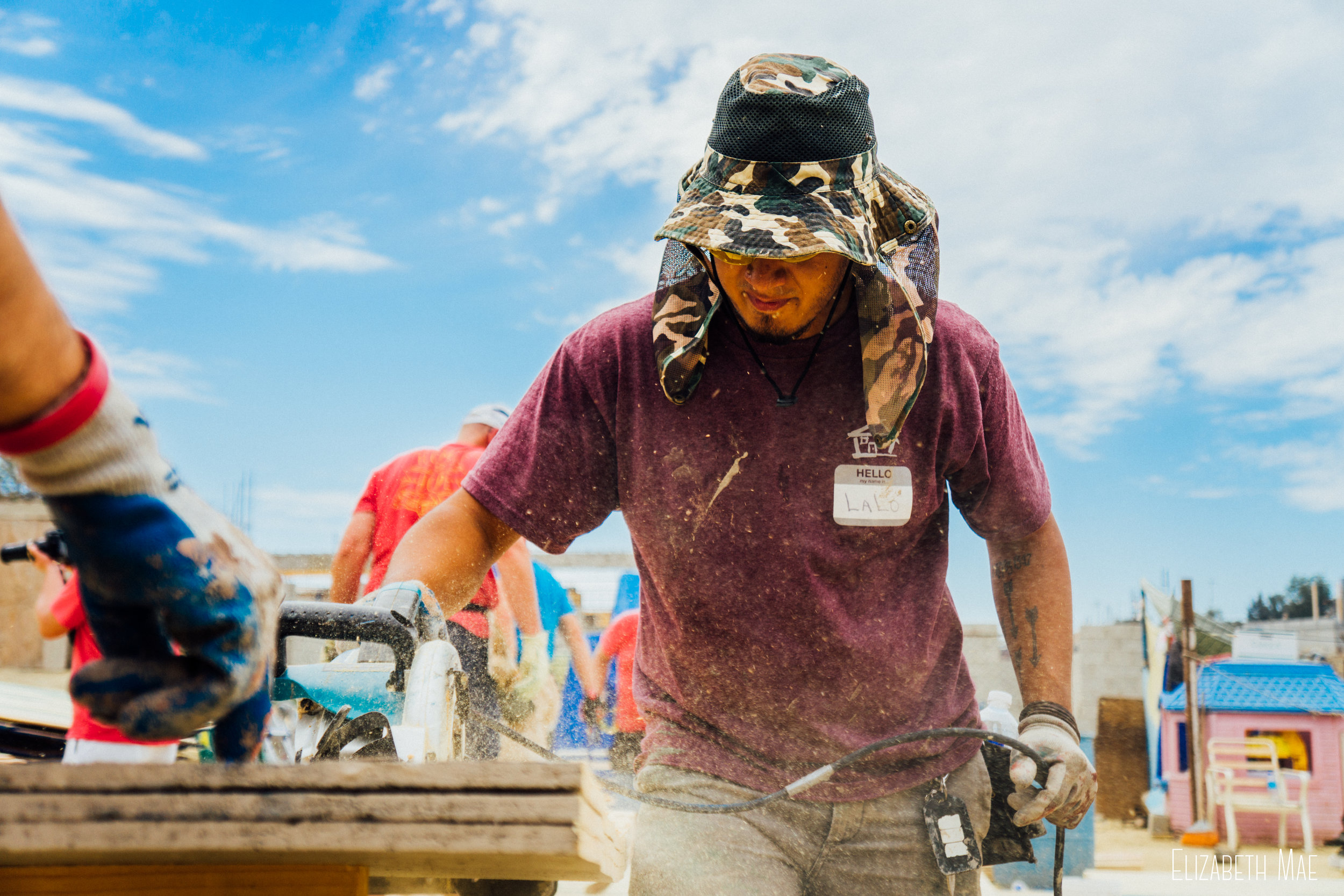 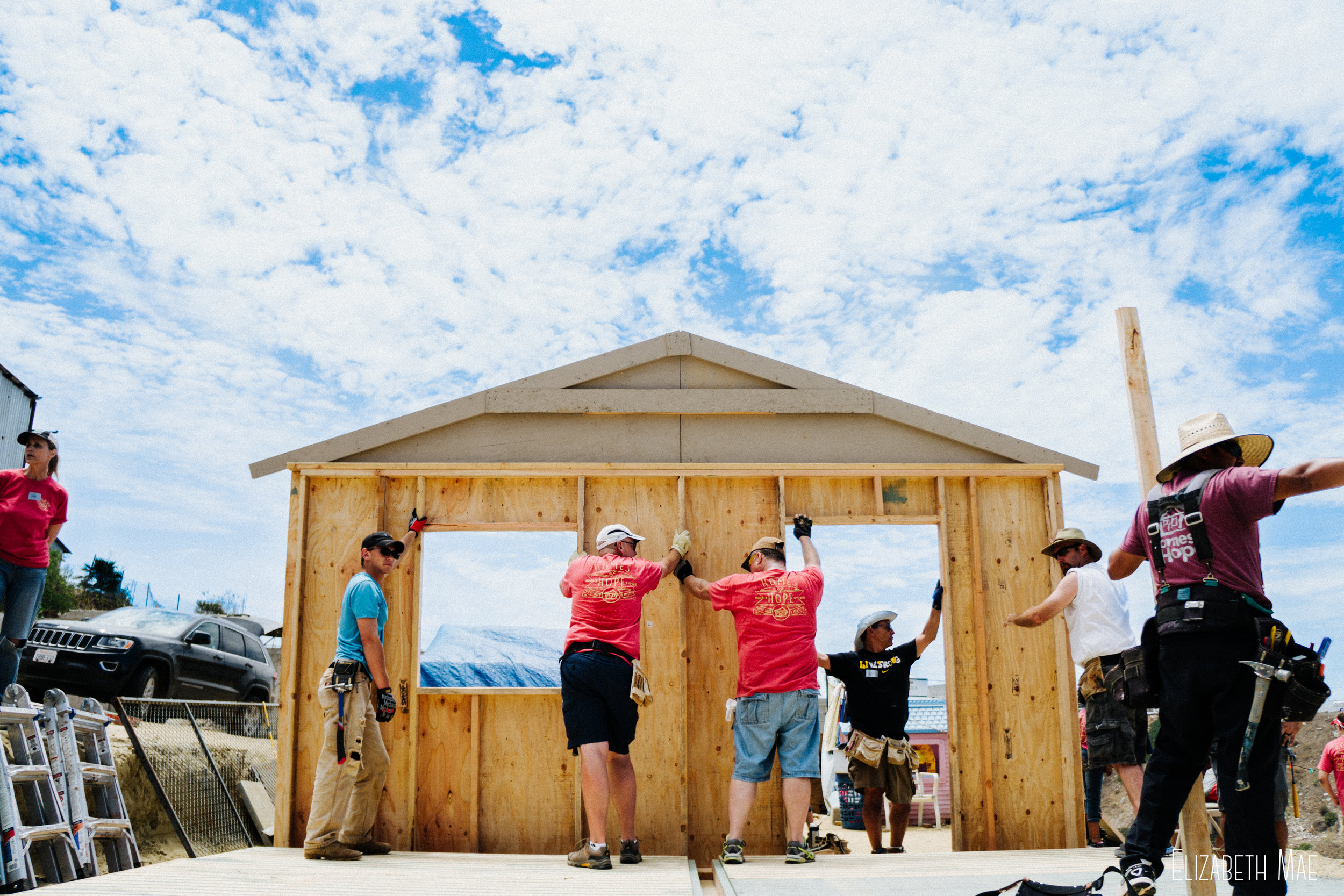 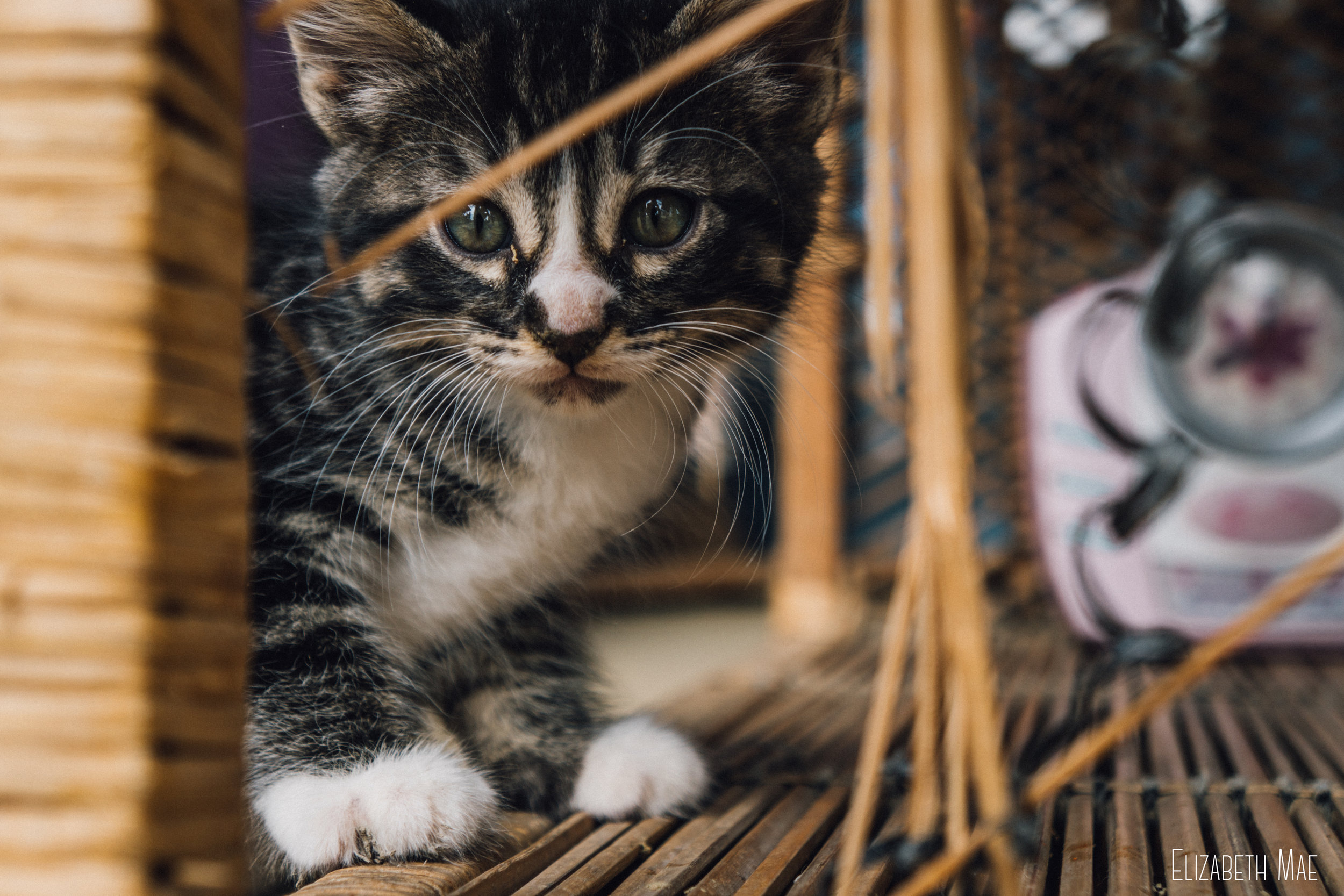 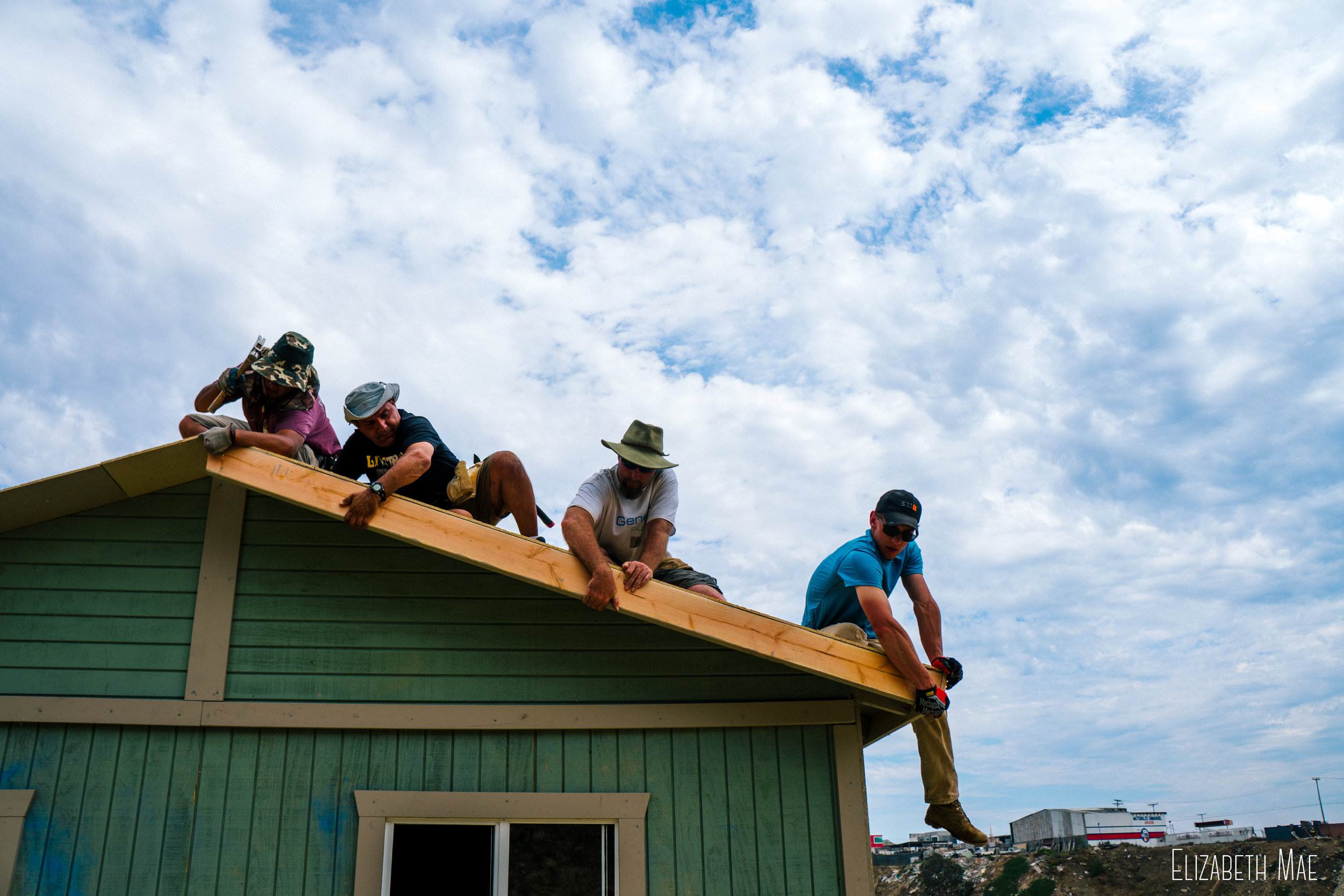 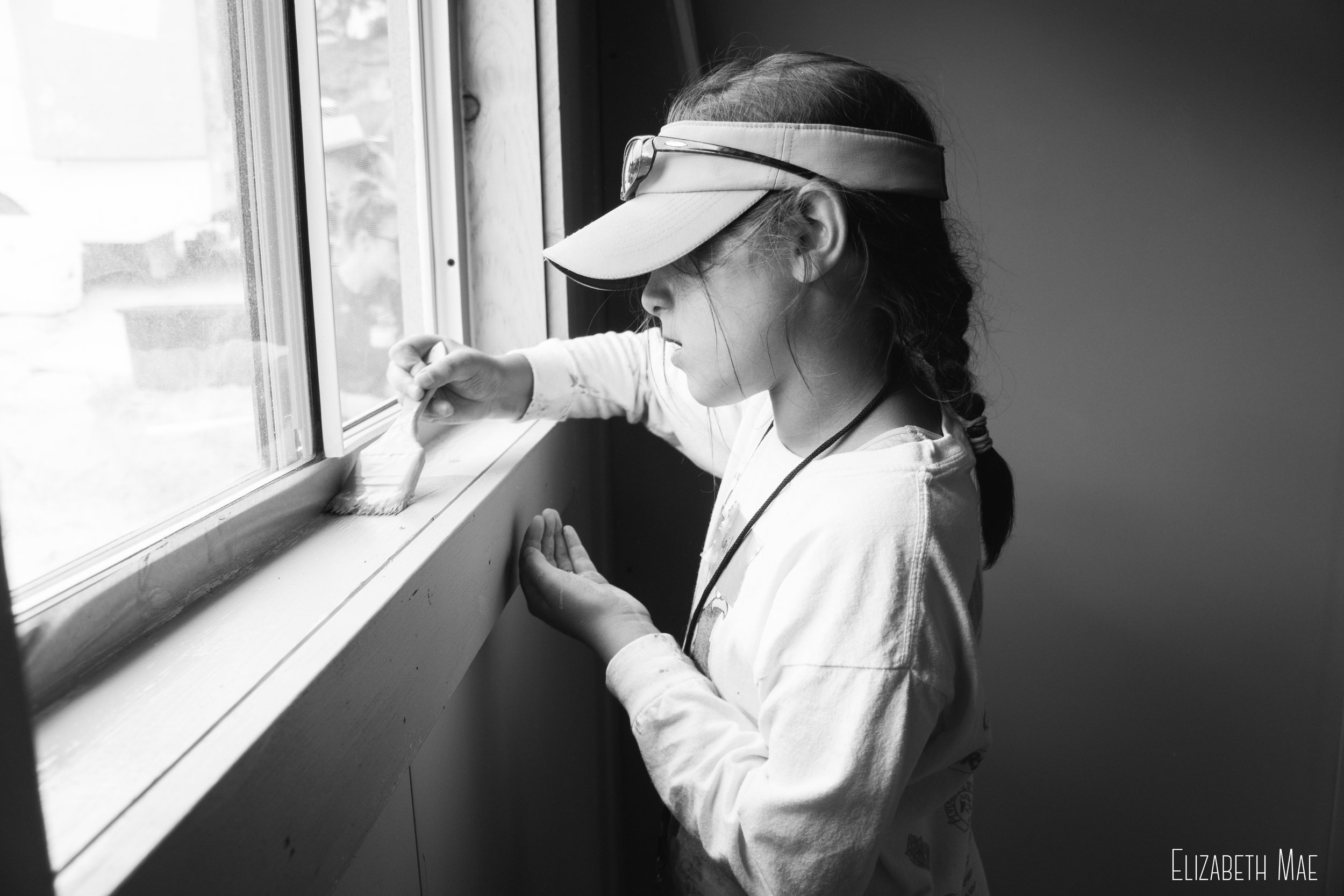 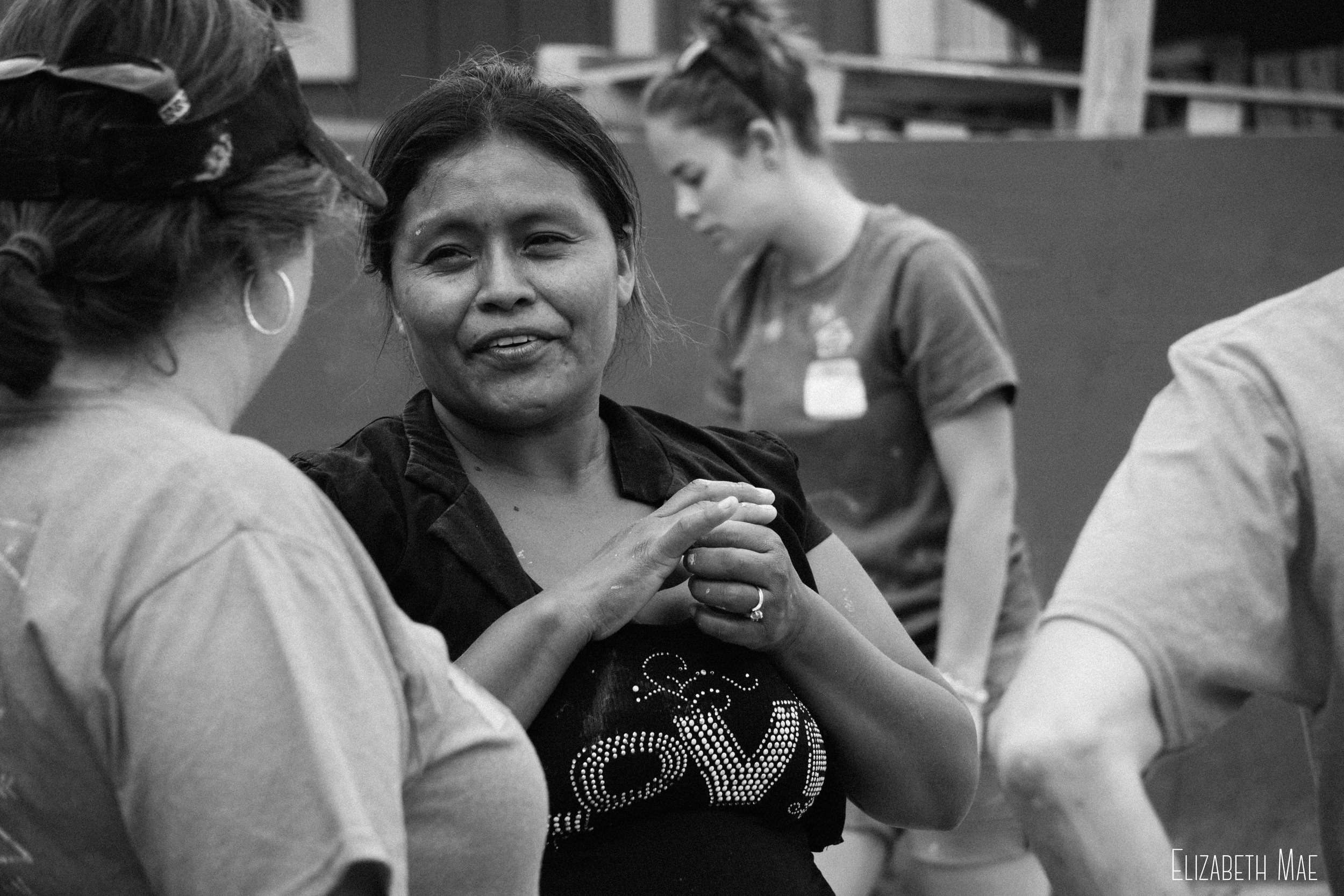 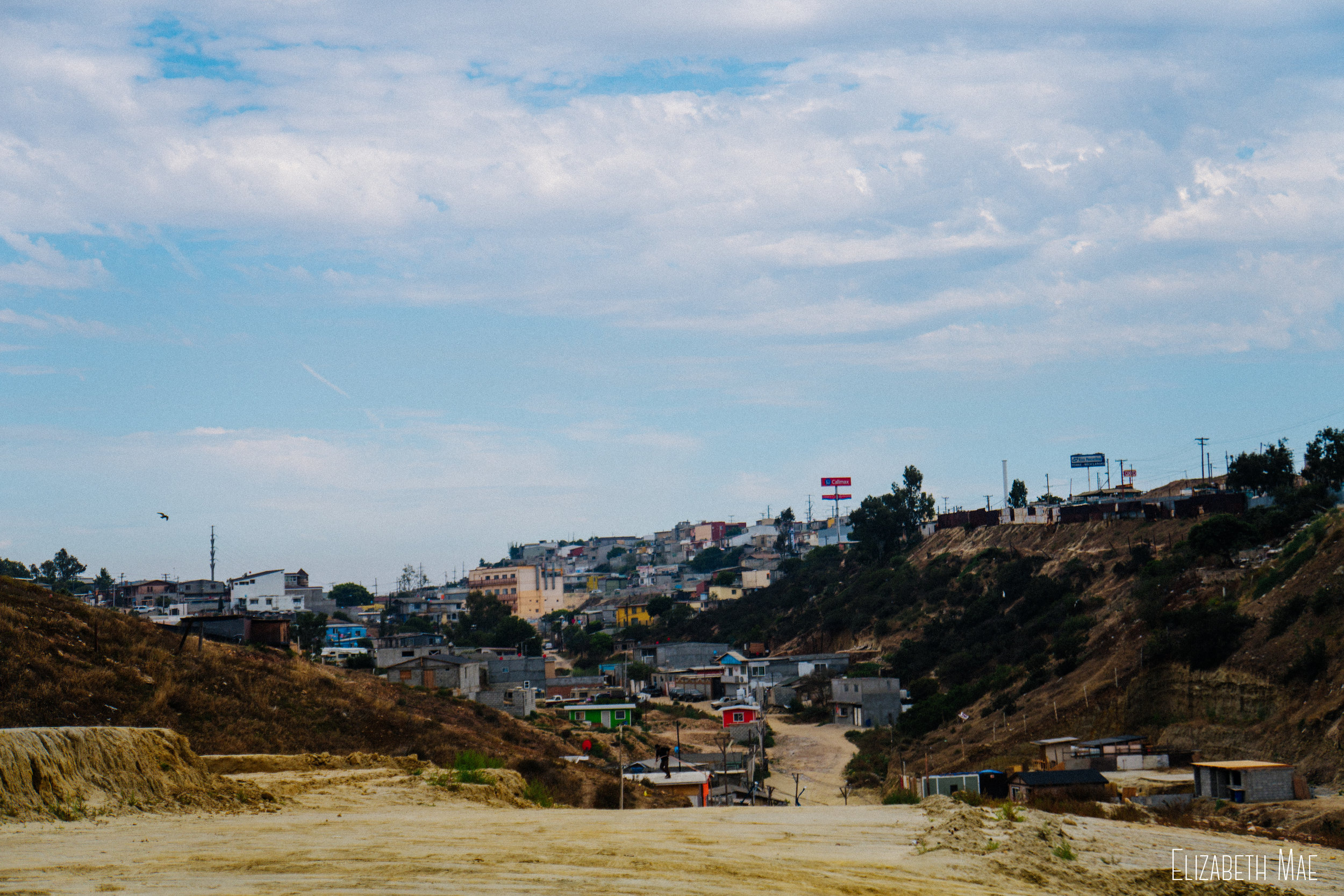 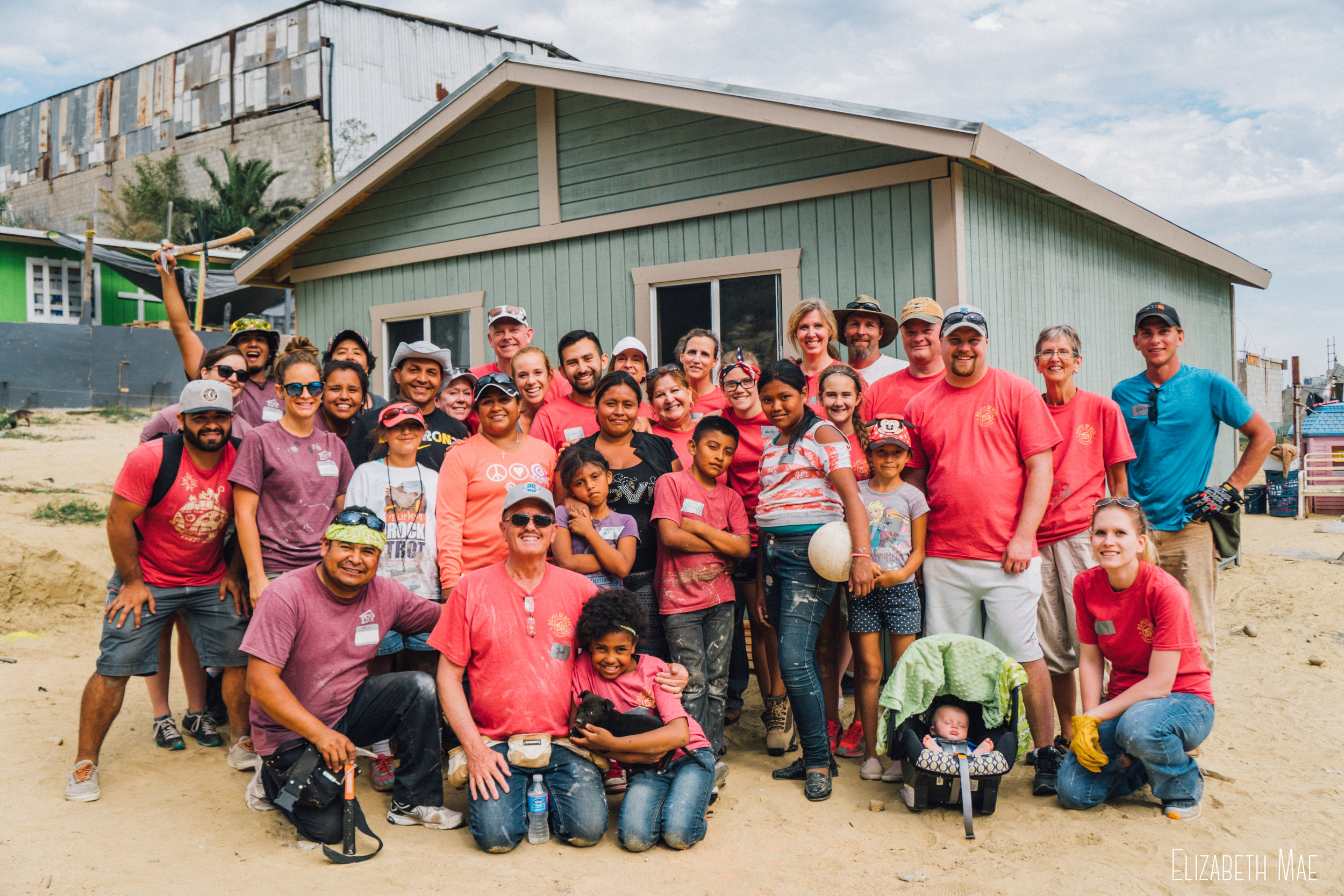 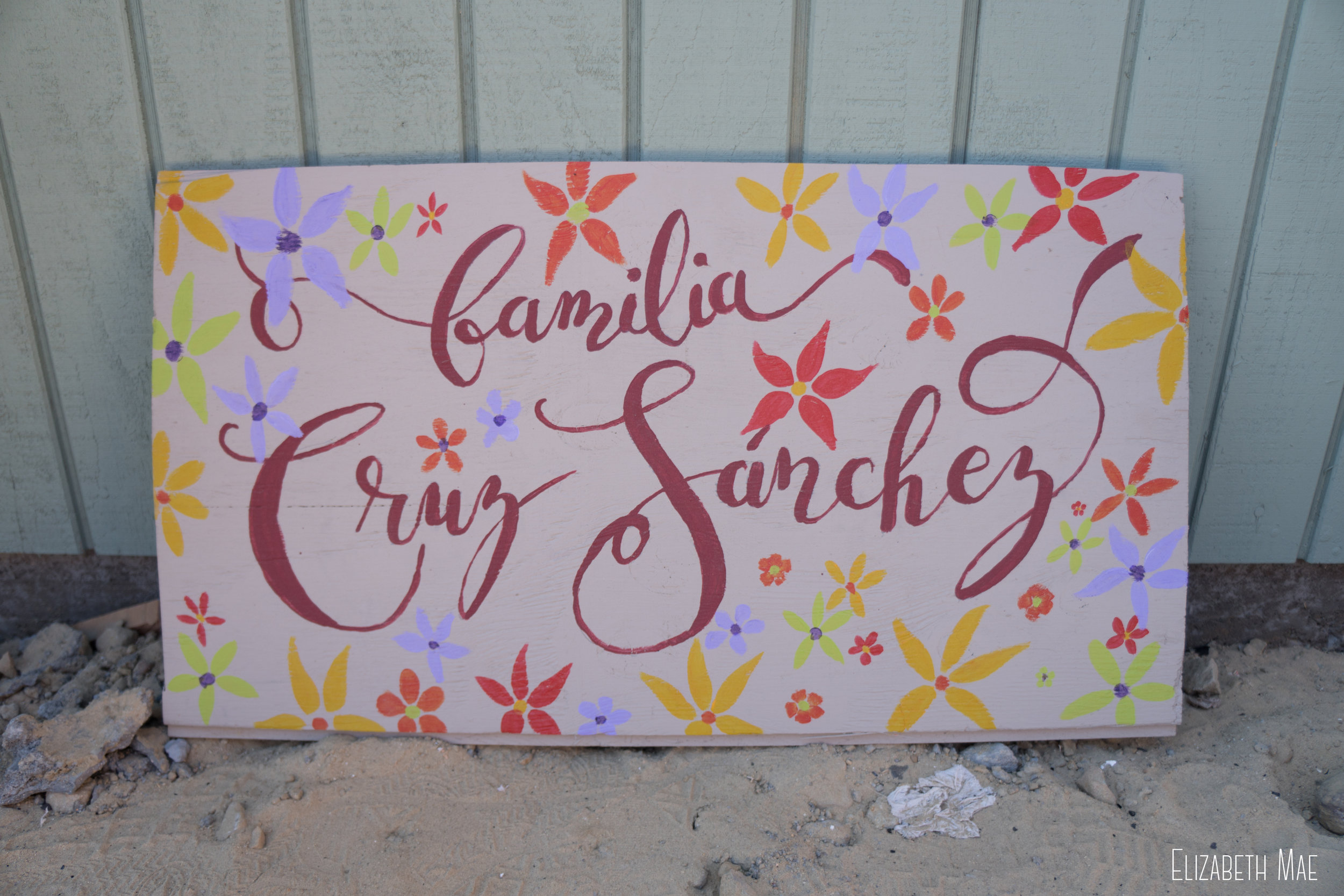