Wow! These past three weeks have completely flown by! It really does seem like just yesterday that we got here! We had another red-eye flight from Tijuana to Mexico City, jumping ahead another two hours, and arrived very early in the morning. We took a taxi from the airport to the YWAM Mexico City base, which is actually just 6 apartments in a building. We slept most of the morning and then spent the afternoon doing kind of a prayer walk to take pictures, and then promptly went to be early. 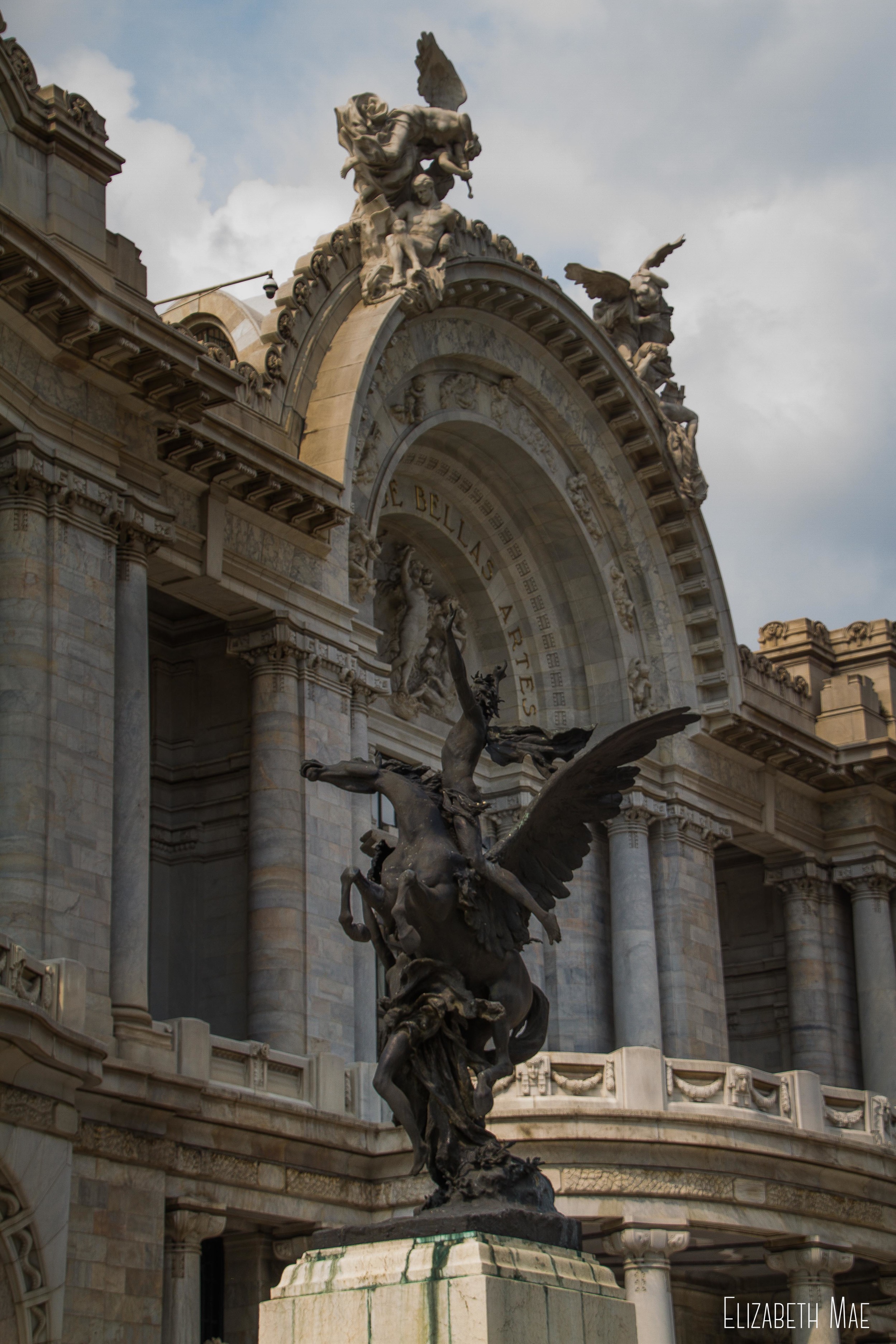 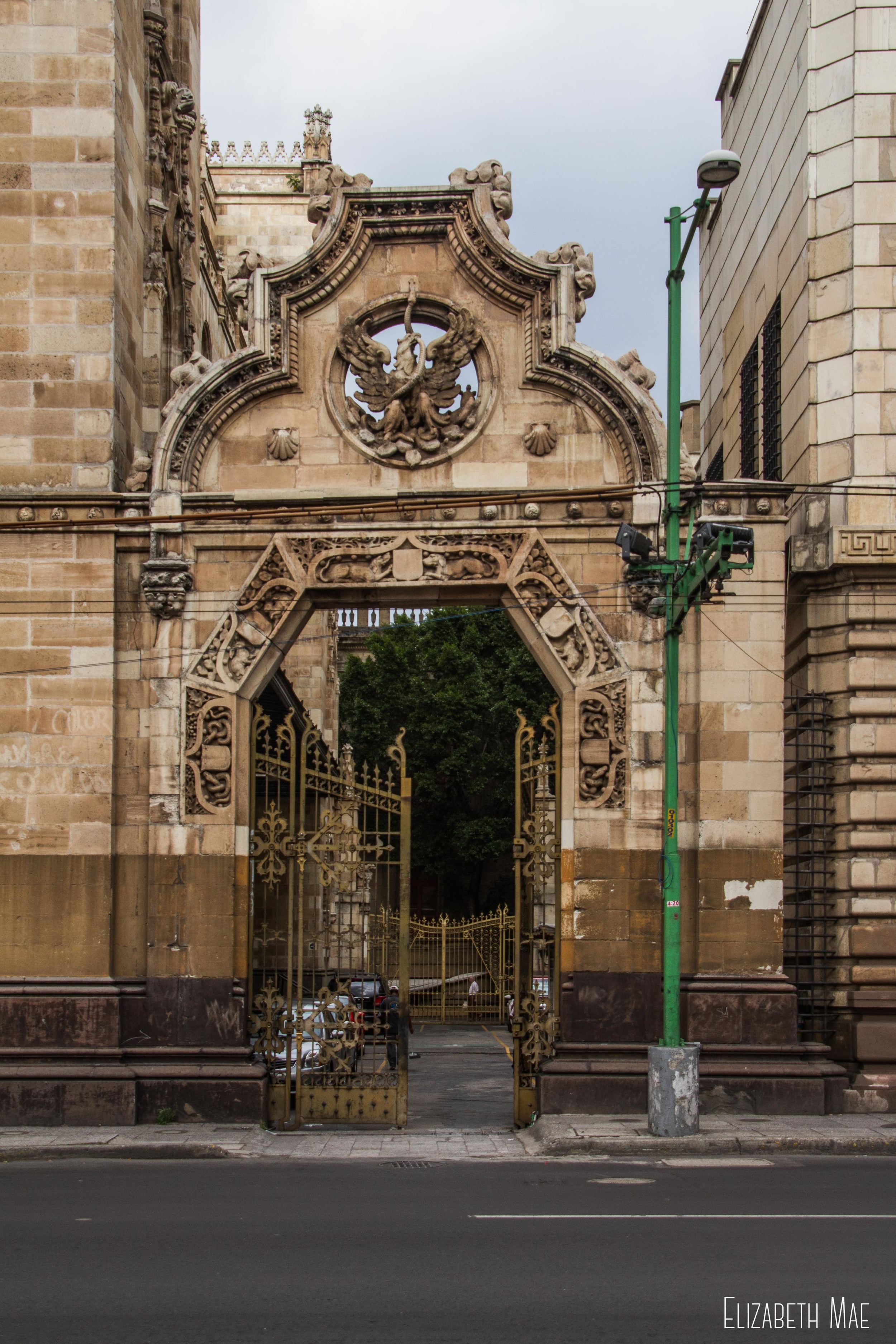 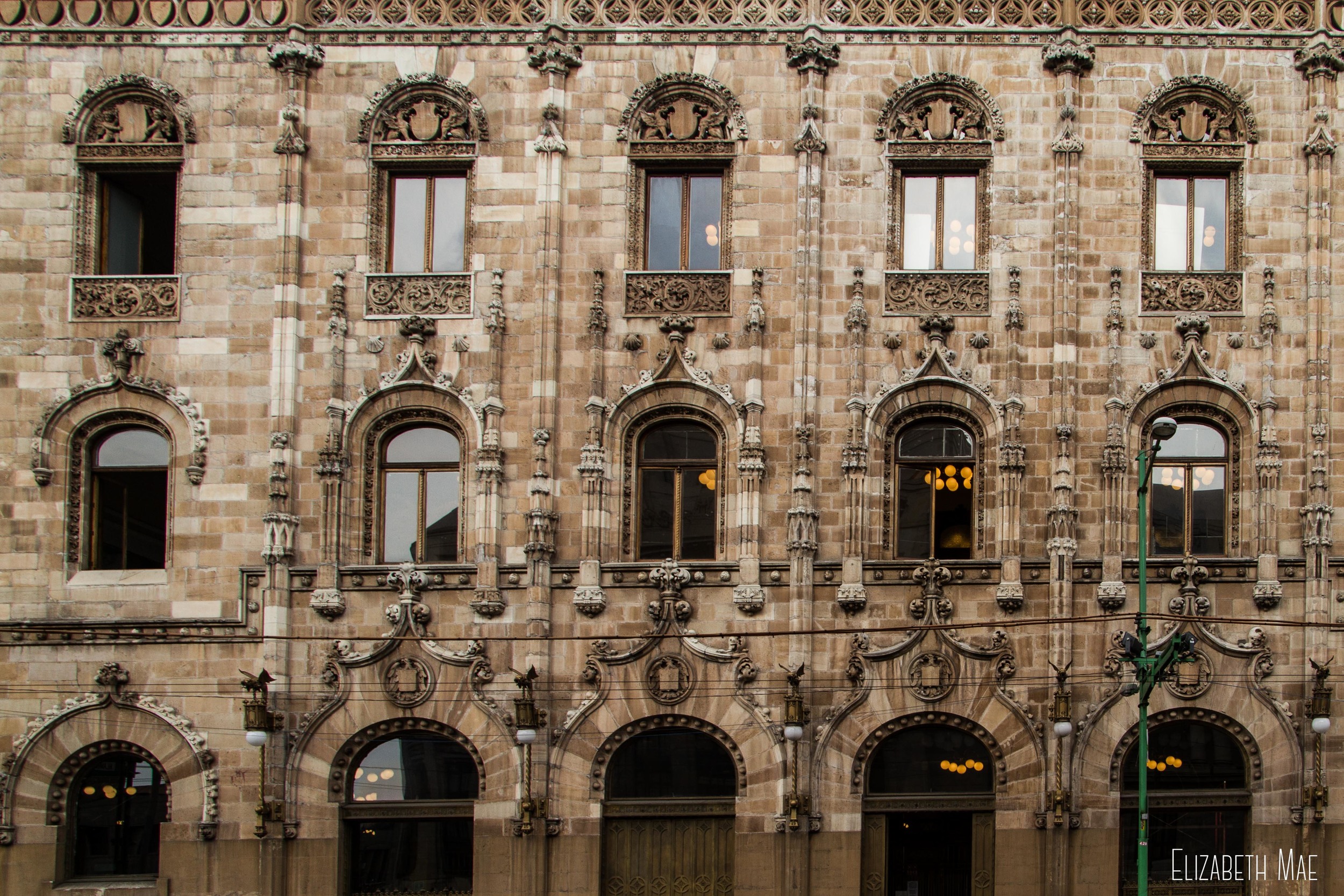 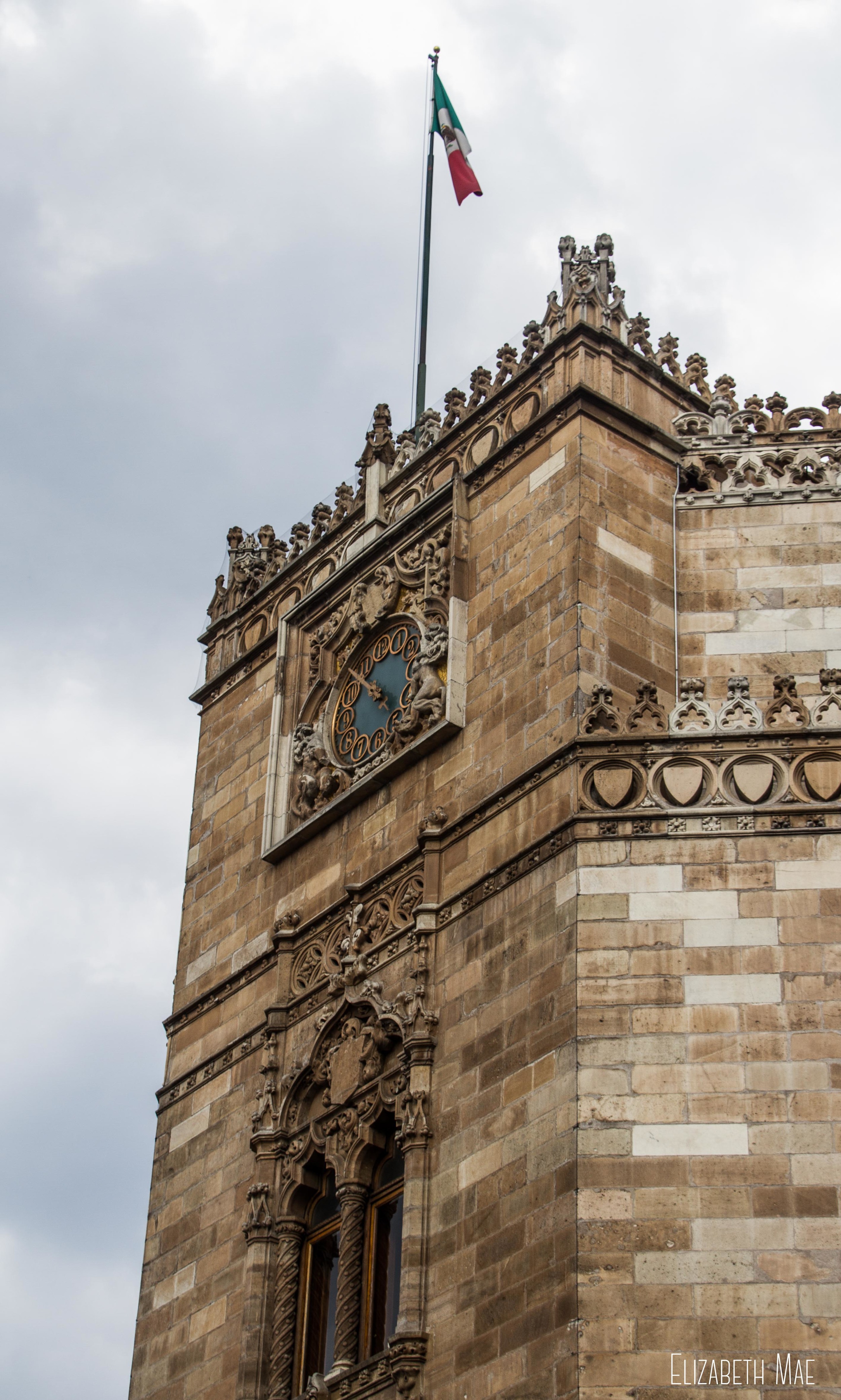 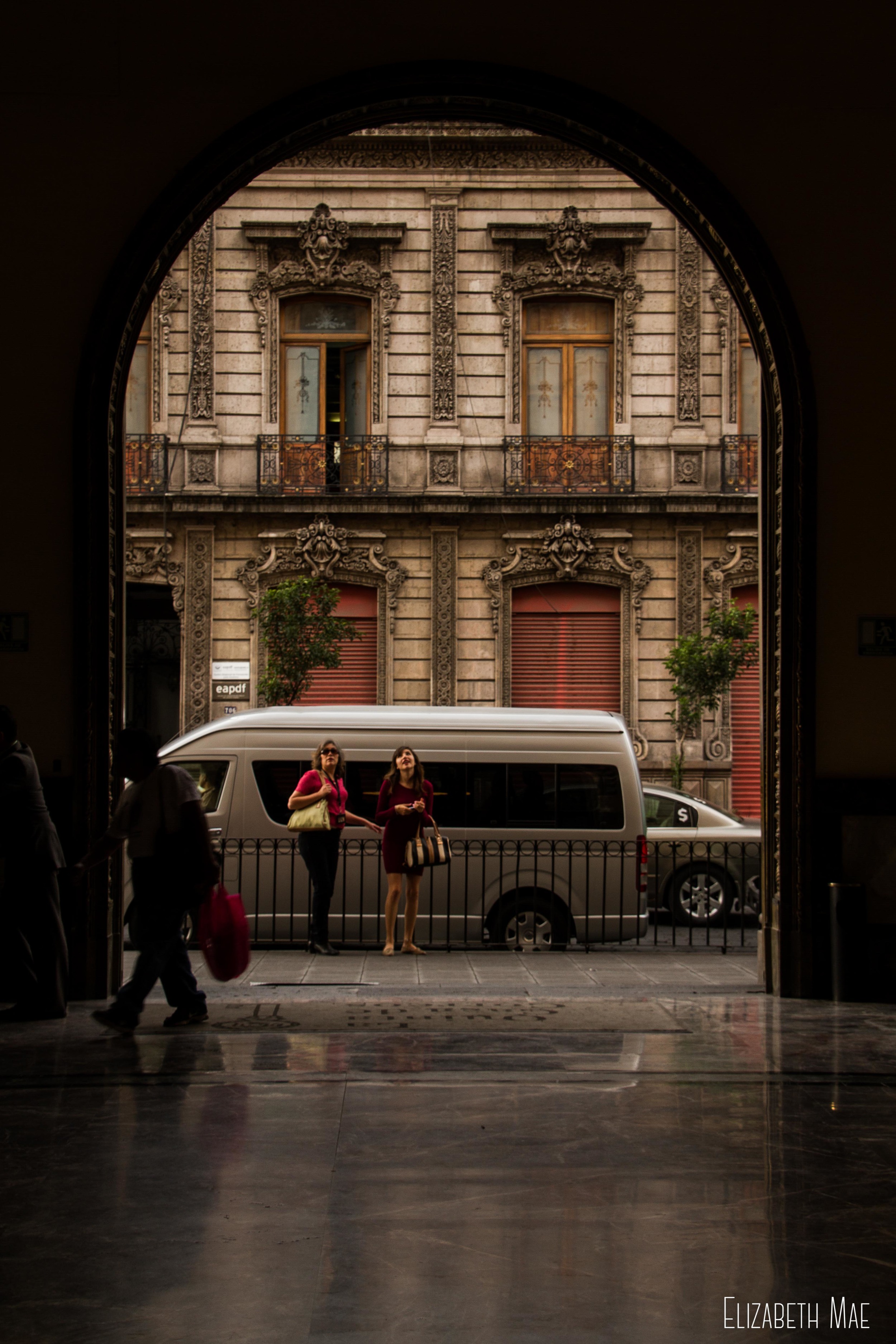 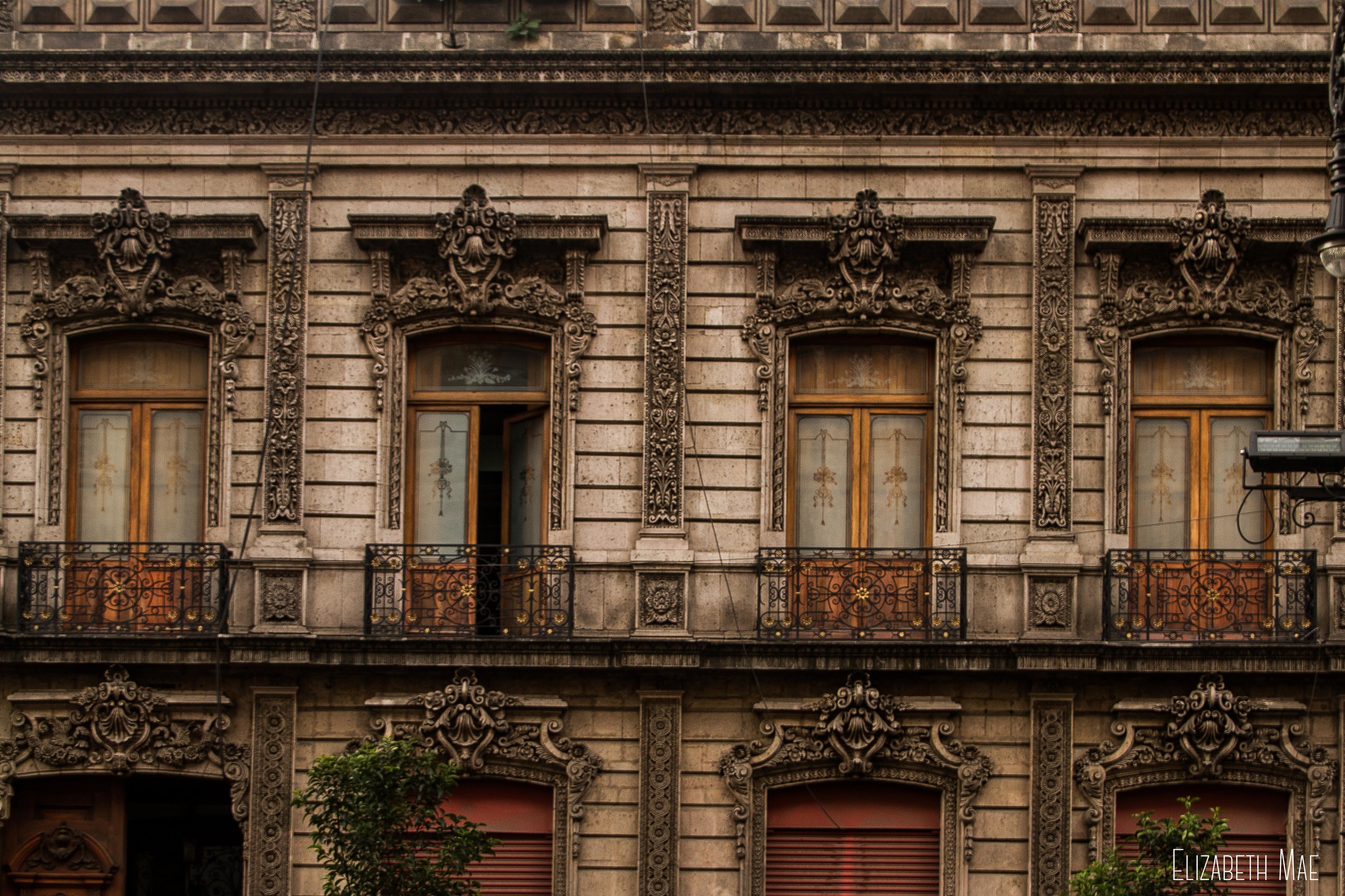 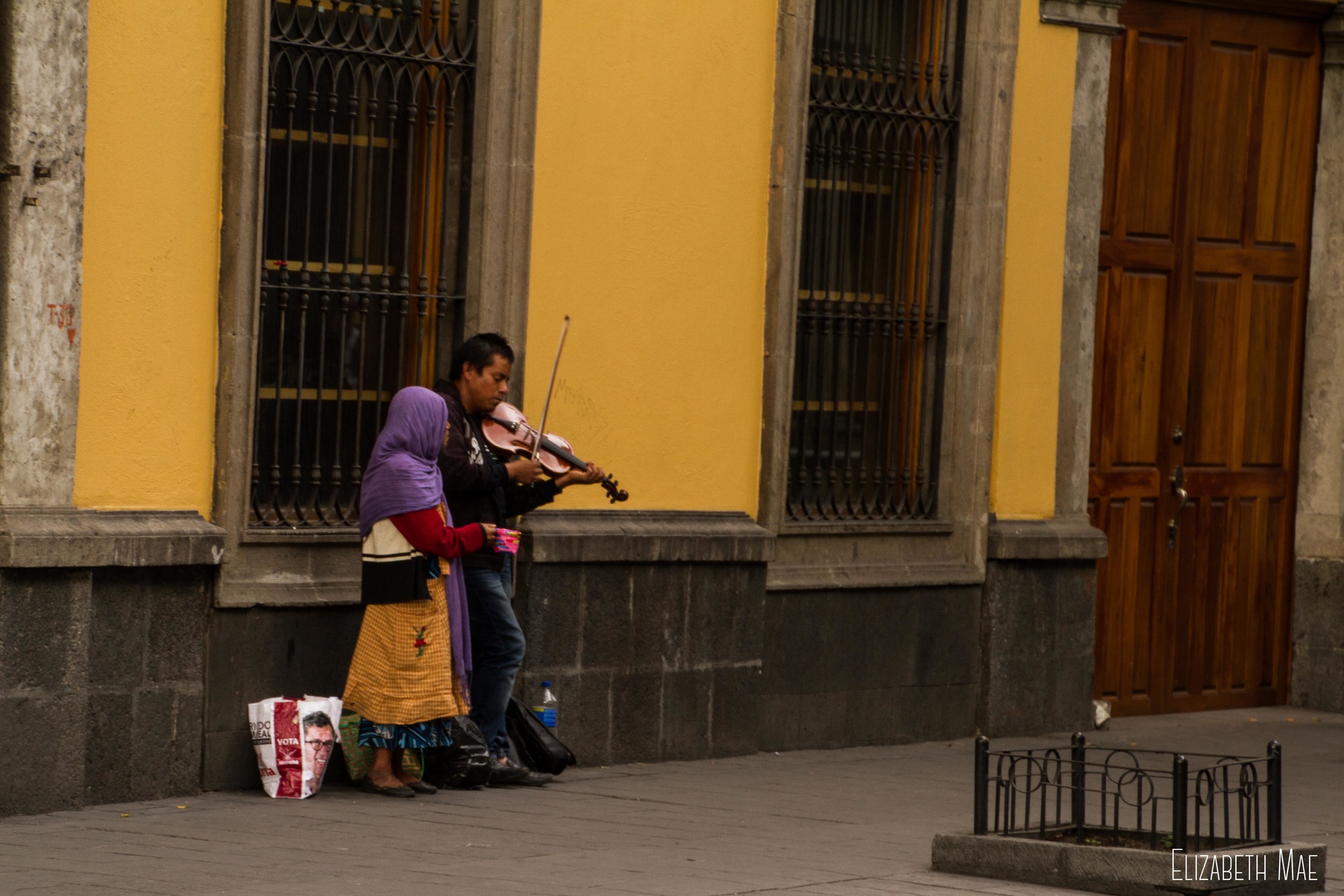 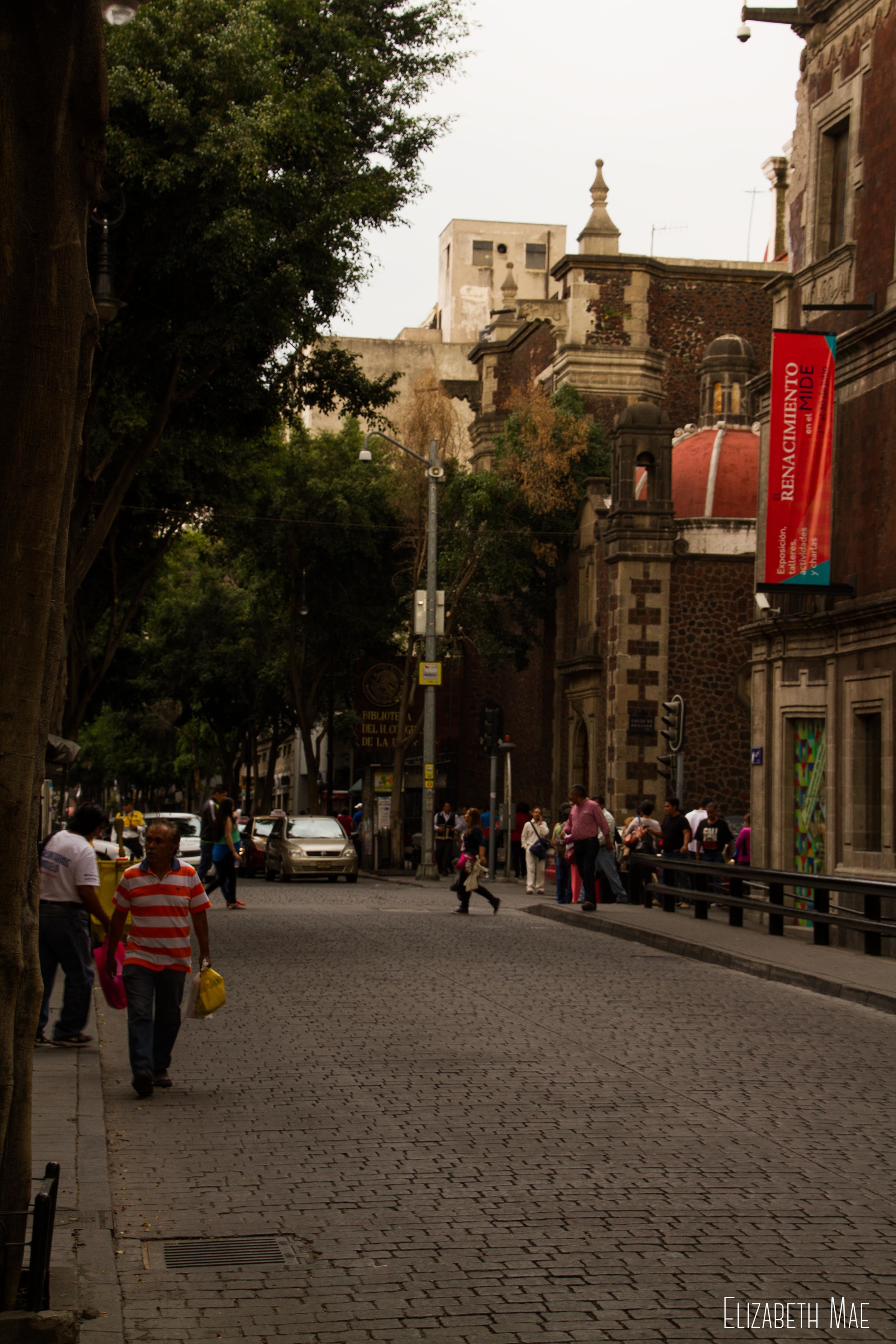 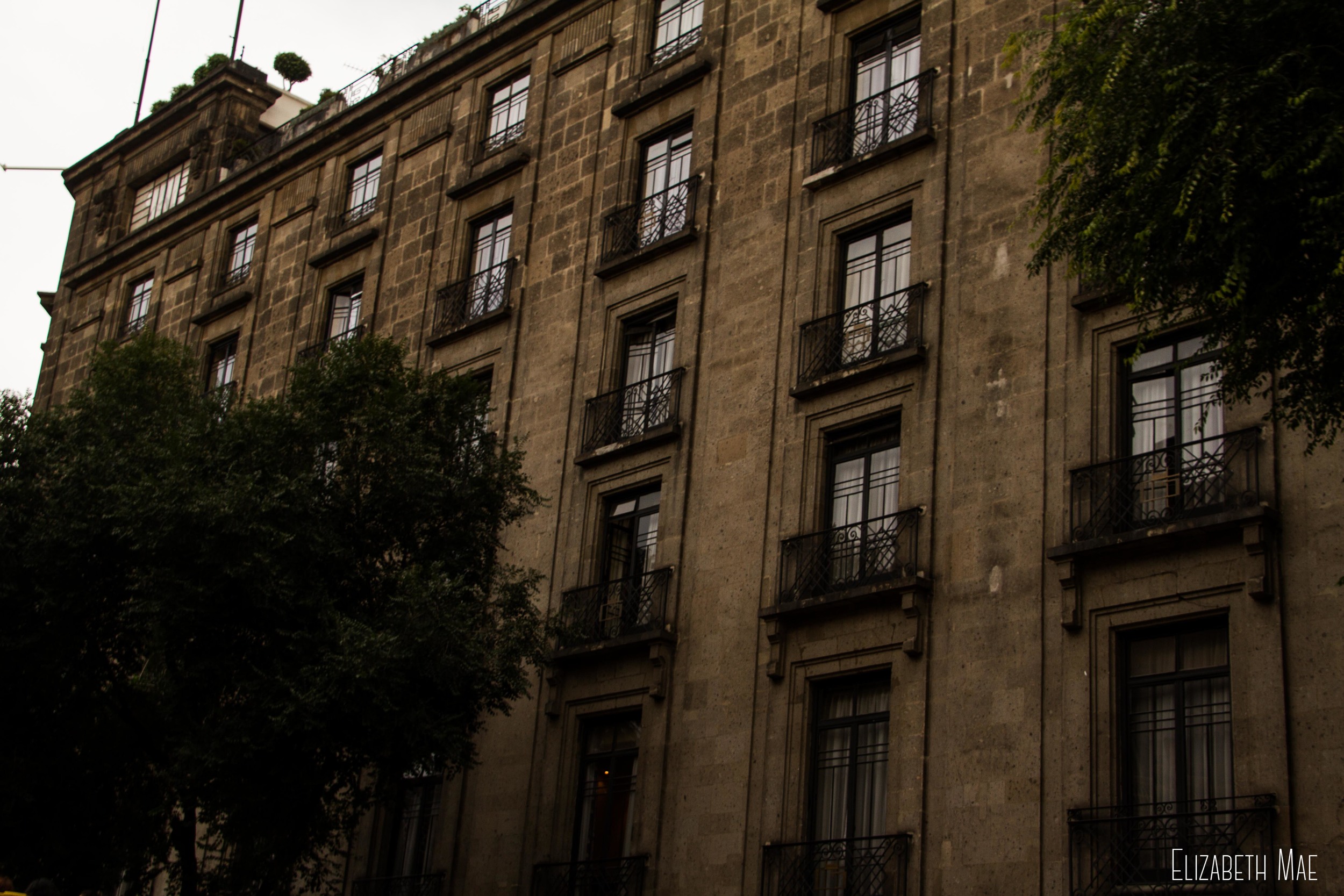 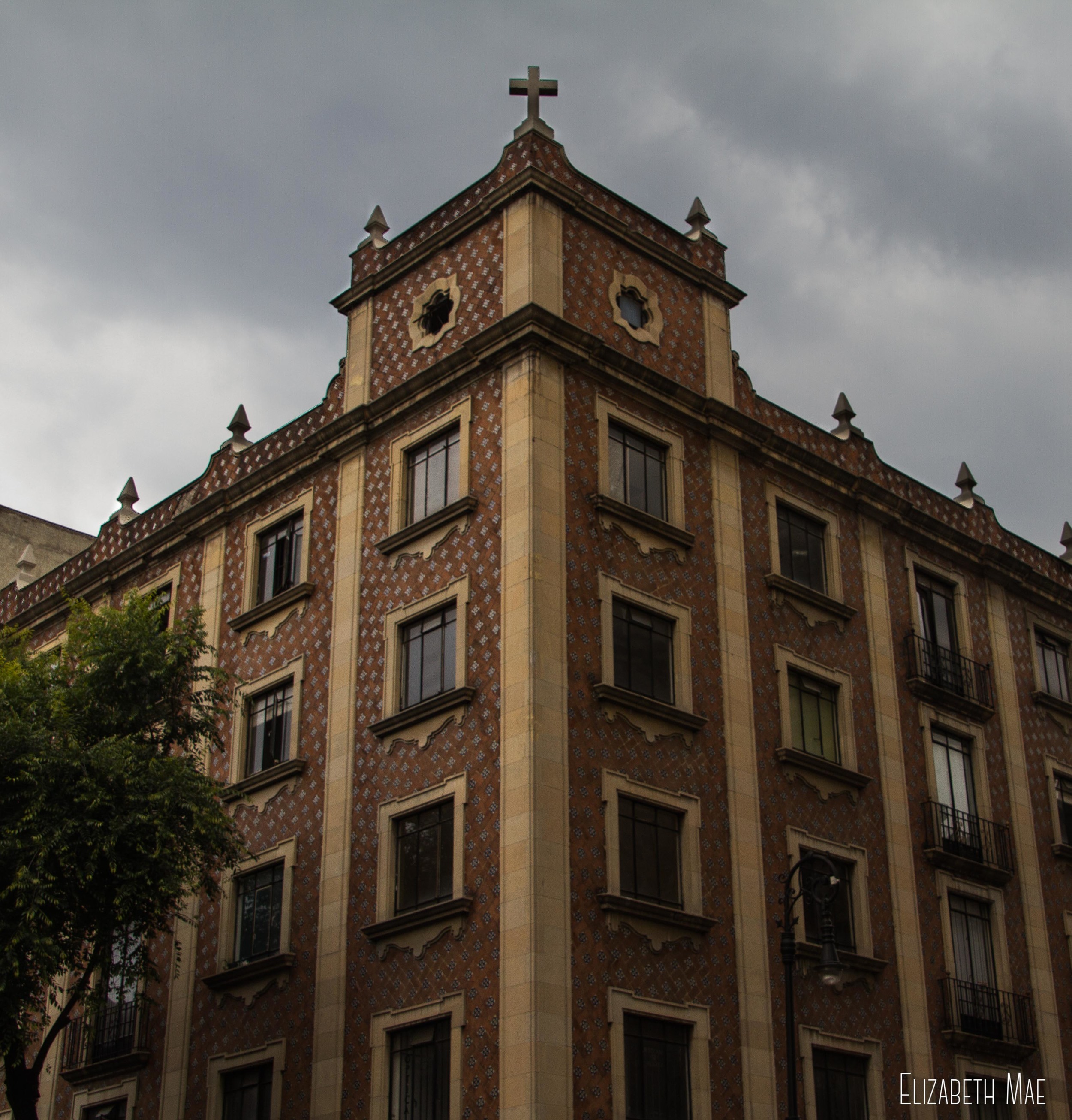 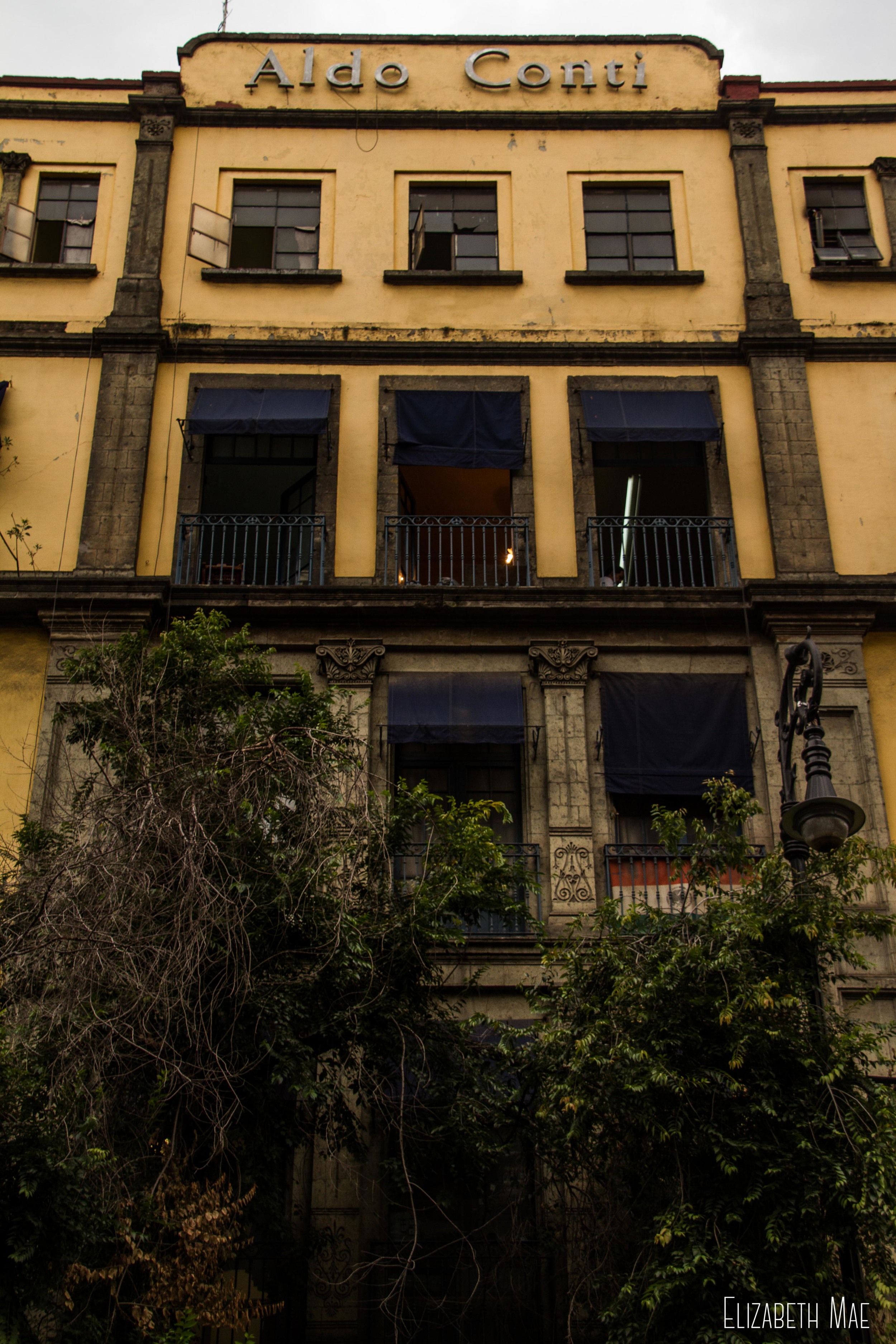 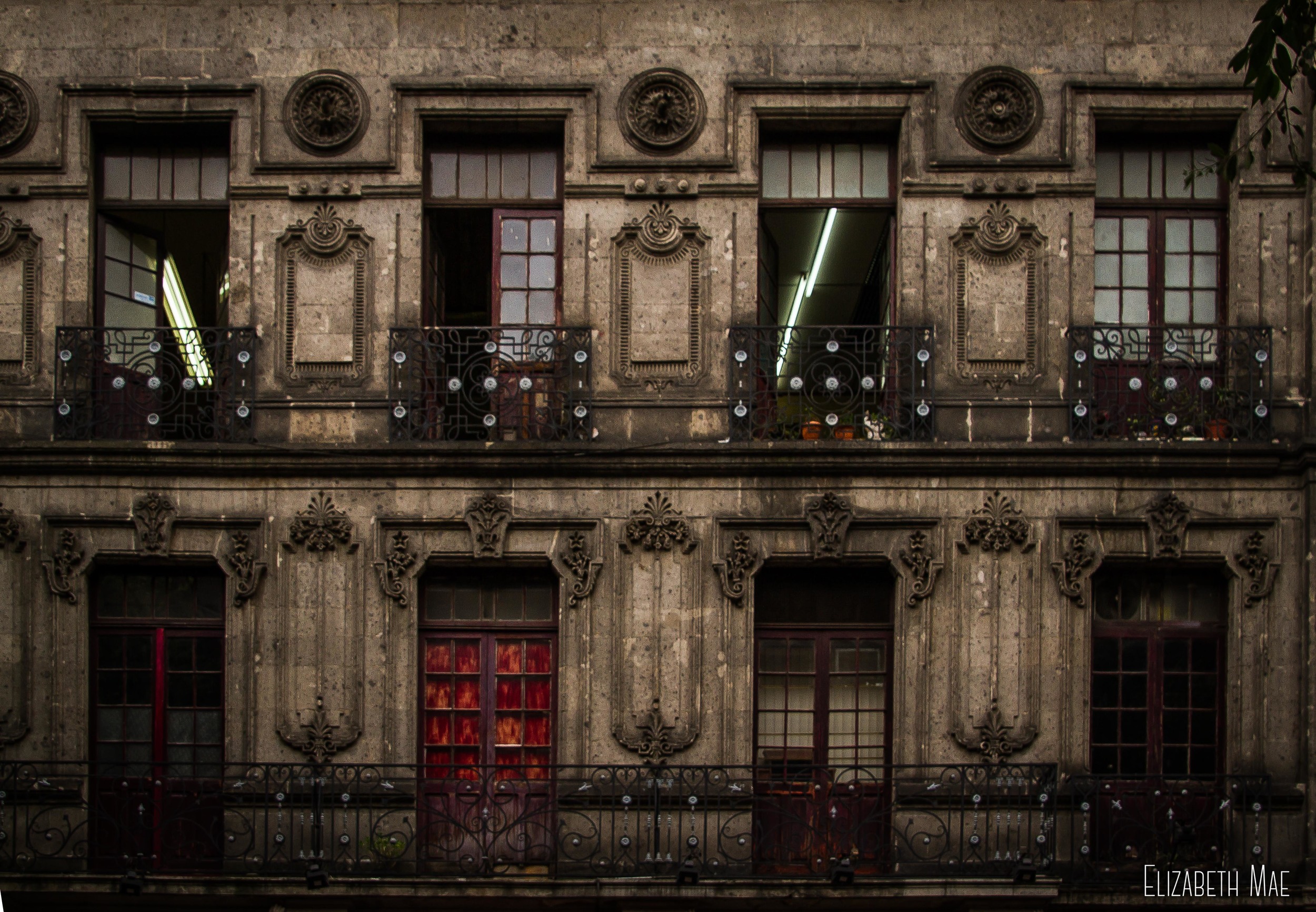 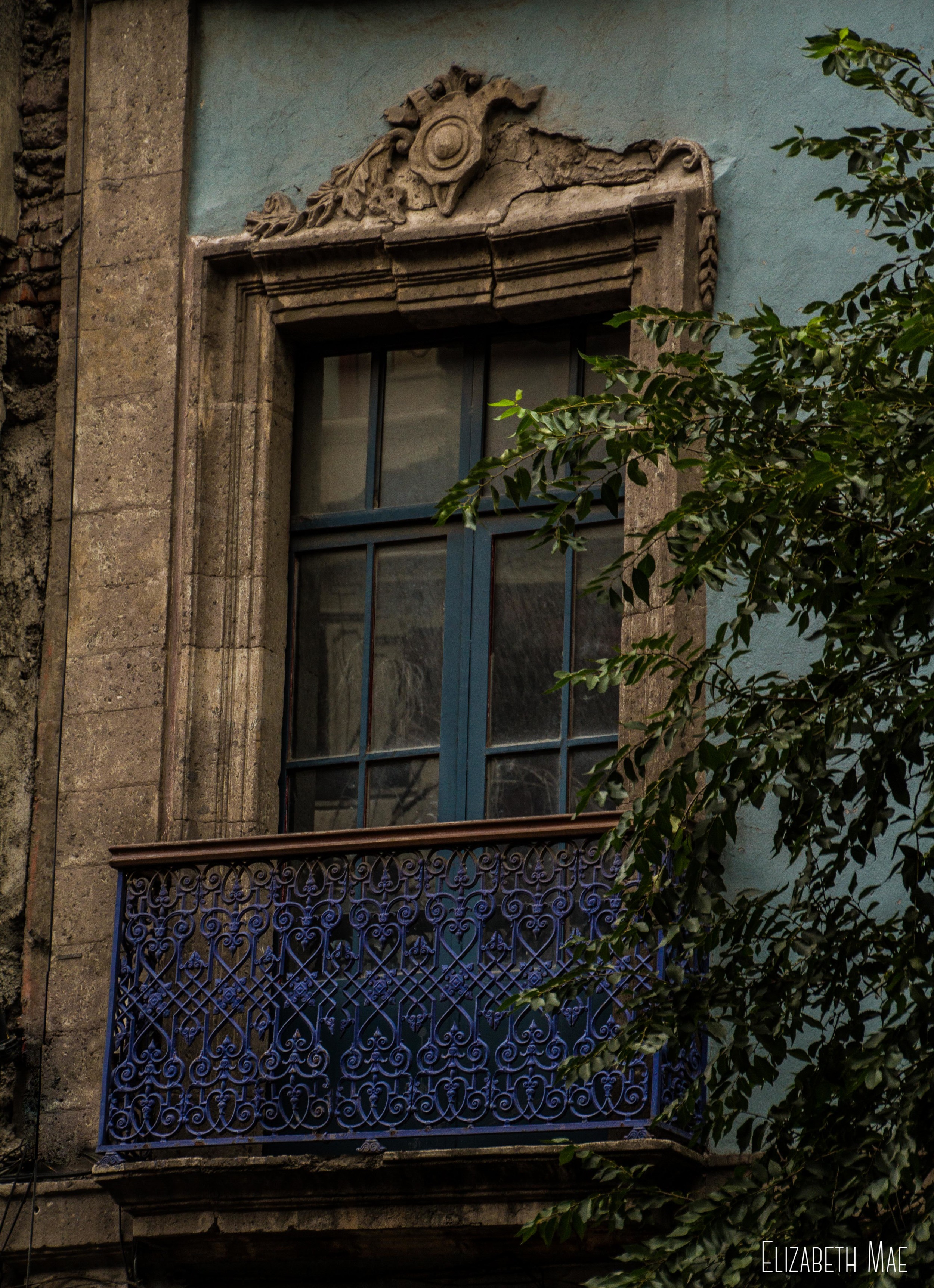 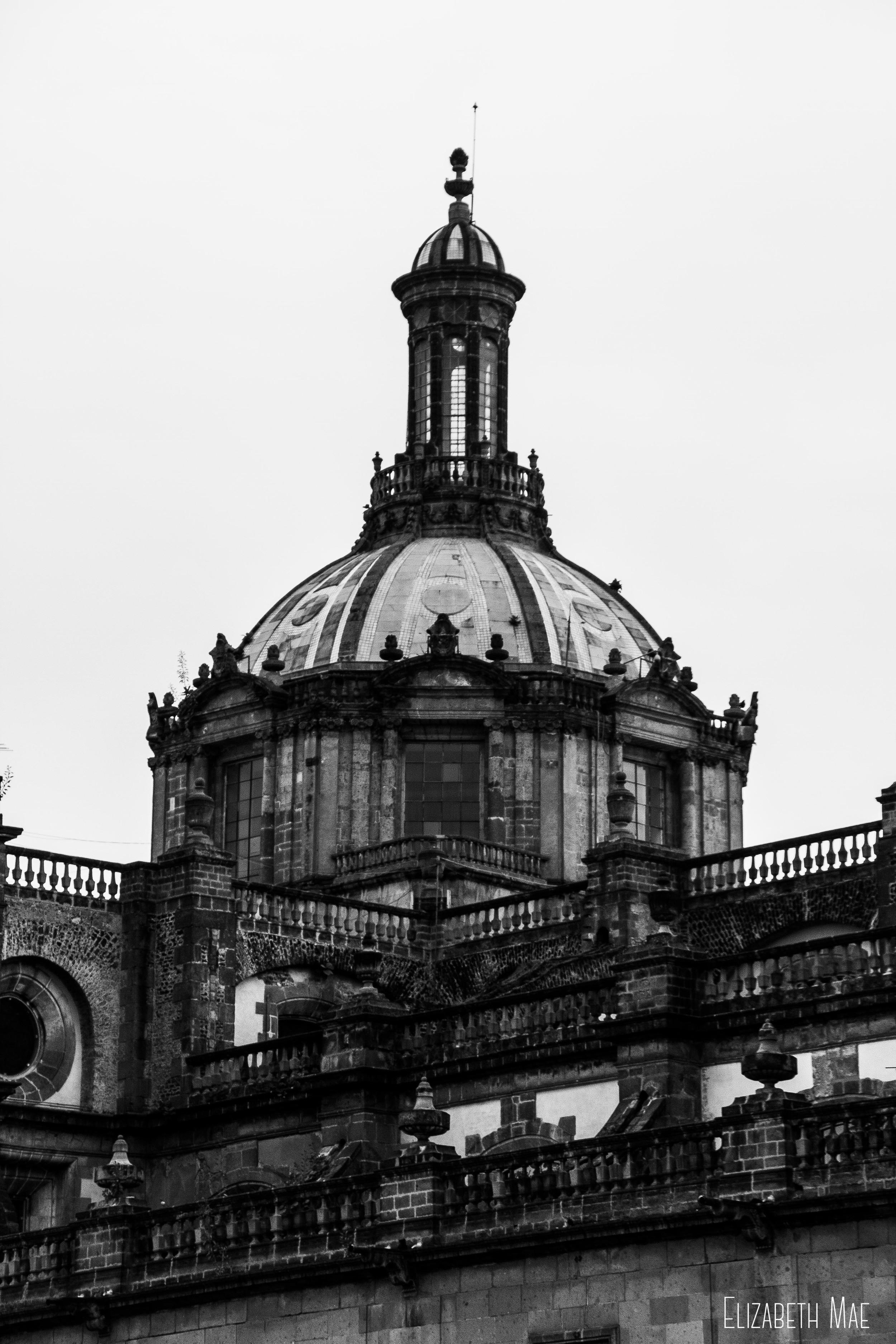 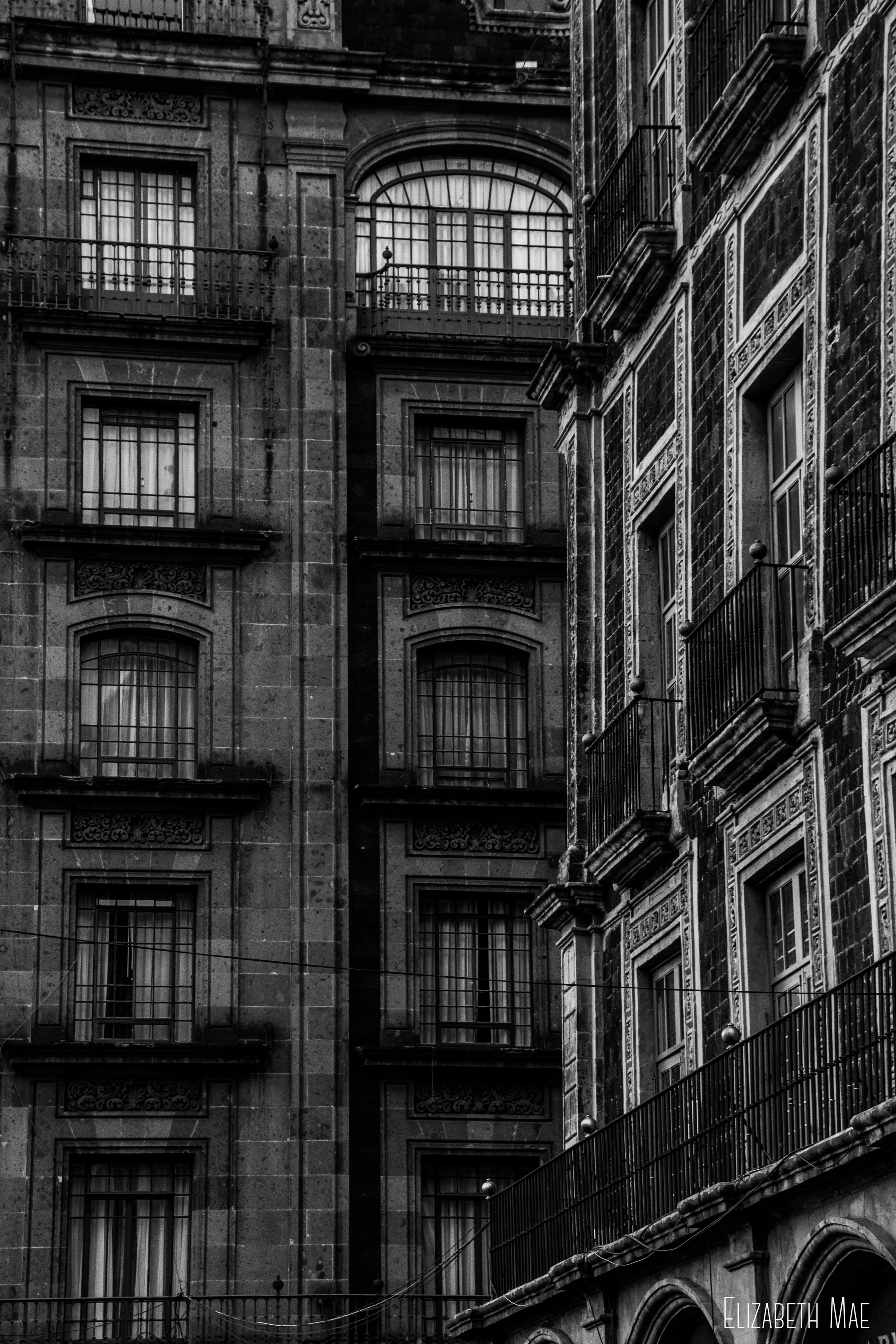 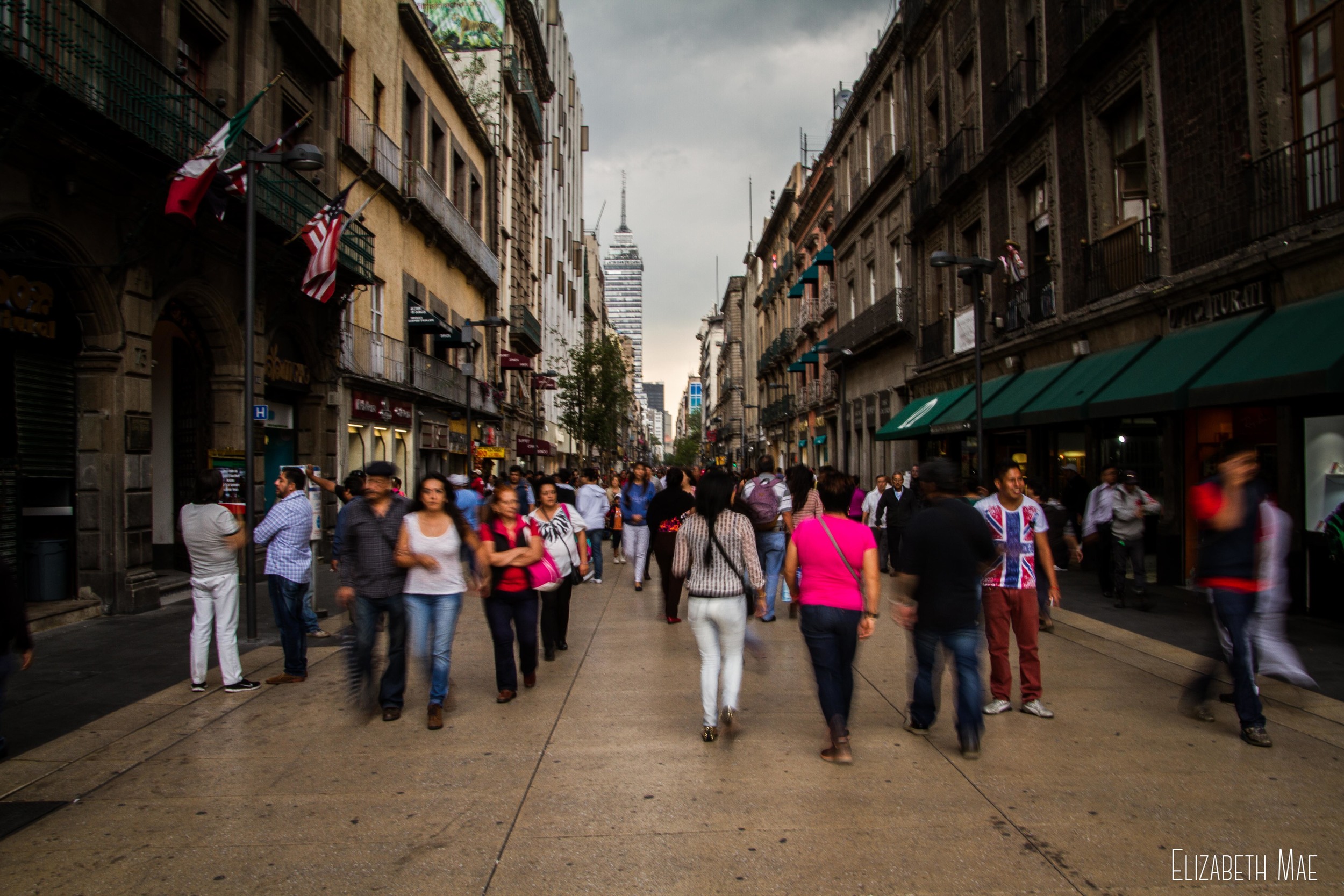 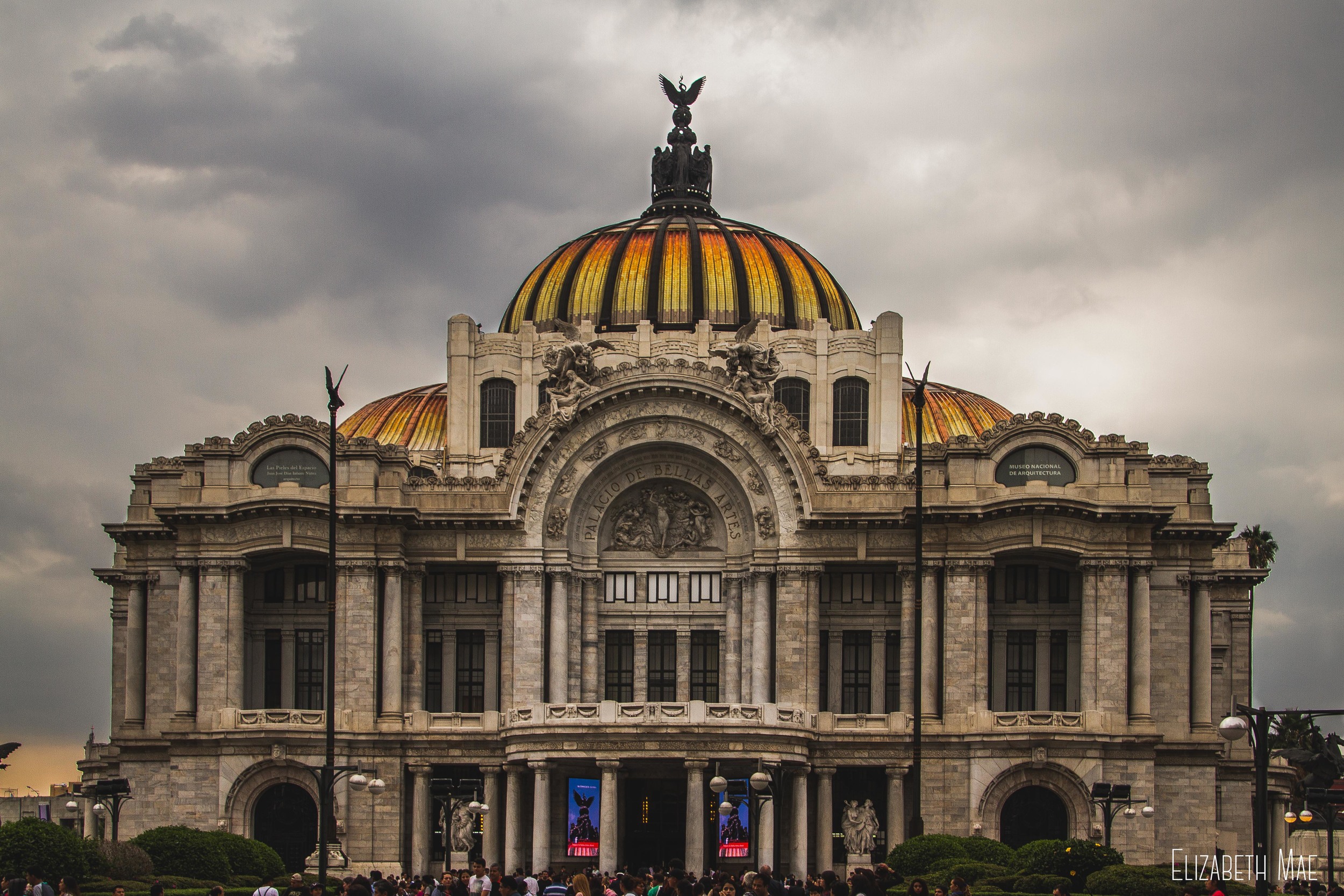 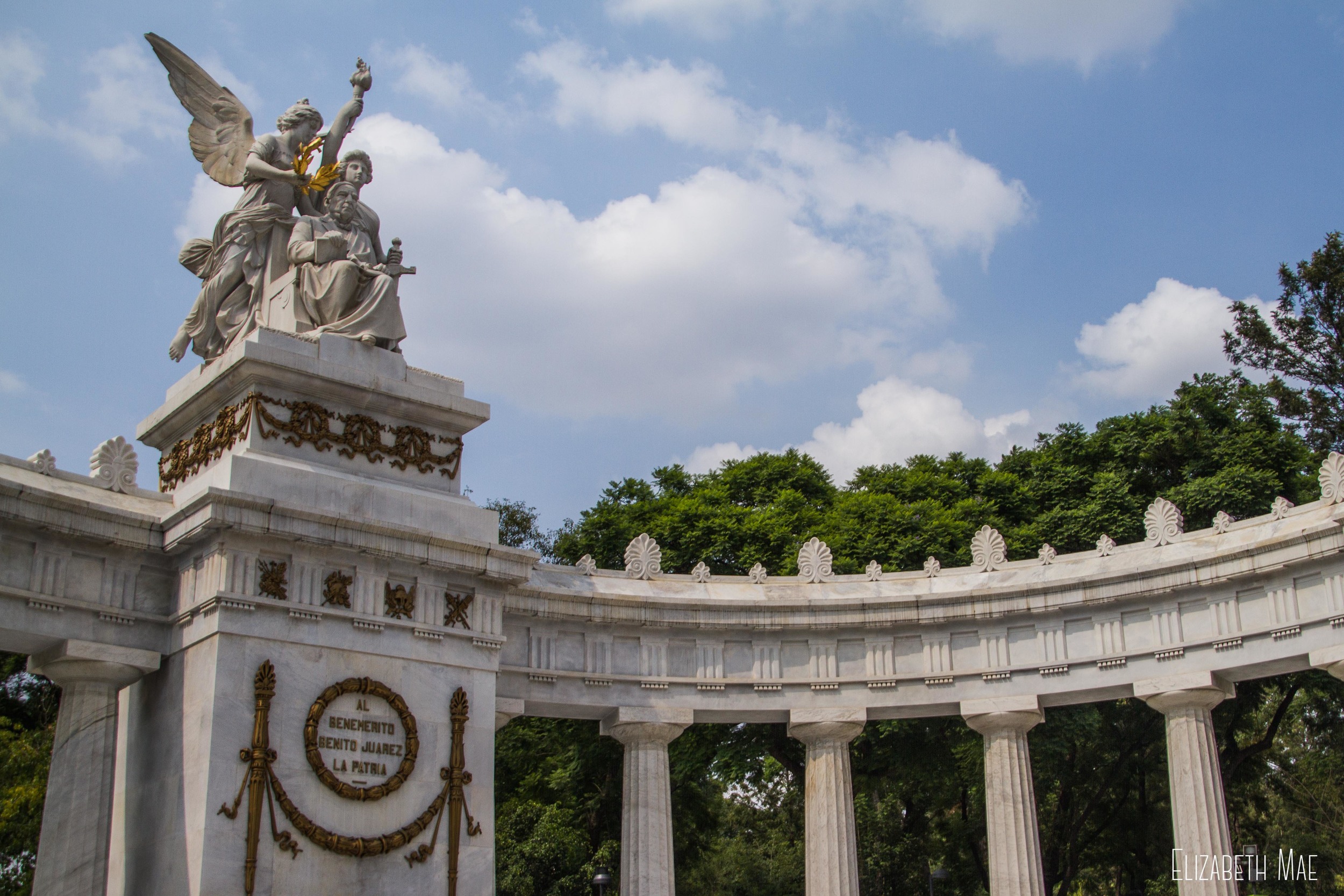 When we first got here, I thought these three weeks would take forever. The mattresses were less of mattresses and more like the box springs that goes under, cold showers, and loud, loud, loud city noises! But by the second week, the beds felt a little softer, I had maybe three showers that were hot, and the city noises, well, those will never change. Let’s face it, Mexico City is always alive and moving, even at three in the morning. They say New York is the city that never sleeps, well, we can add Mexico City to that list.

This has been a bit of an interesting part of our adventure. We had it prophesied over us that we would never have a plan, and that happened. A lot of our plans fell through, and we didn’t have specific plans for each day. So we would start off the days in team meetings, and we’d pray about what we felt like we were supposed to do. We did a lot of prayer walking and did a couple of media projects in the city. The first was the People of Mexico City. We interviewed a bunch of people around the city and took pictures of them. We also did a project for a group of women working to make jewelry as a way out of prostitution. This project we named Bella Mujer, or Beautiful Women.

The first week we were here, we got this amazing opportunity to go to one of the buildings where decisions regarding Mexico are made, and do intercession. We prayed over the country, the politicians, the space, and I blessed the chair I was sitting in (I don’t know which politician it belonged to) that they would have God’s heart making decisions. We also prophesied God’s love for the people and His heart for them. No Christians ever get this opportunity, and here we were, sitting in the politicians seats praying that they’d come to know Christ and turn away from their selfish desires for power resulting in corruption. It was a really great experience!

When we were in Tijuana, I started playing worship violin again, and I realized how much I missed it. On our last night with Selah, I had it prophesied over me several times that I would find new melodies on this part of the trip, and they were so accurate. I have played violin in several different parks, walking for about a half mile or more, in front of a cathedral, on rooftops, anywhere, and the most amazing part, is that sometimes, it didn’t even feel like me playing. We talk about co-creating with our photography, but I think sometimes we forget about co-creating in other ways. But it’s really quite incredible when the Holy Spirit takes over and you’re worshiping in ways that you never thought possible. I really look forward to coming home and playing on worship teams again. I think one of the most amazing things about music, is that there is no specific language spoken, but it speaks to every language, there’s not specific style, but it appeals to everybody. It touches the soul in so many ways, and it was great to see that touch people’s hearts in the city. 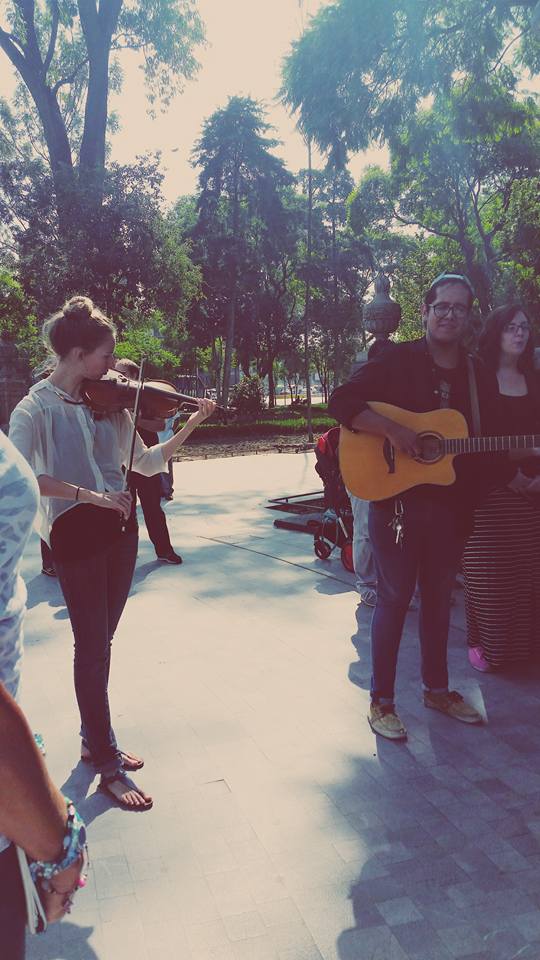 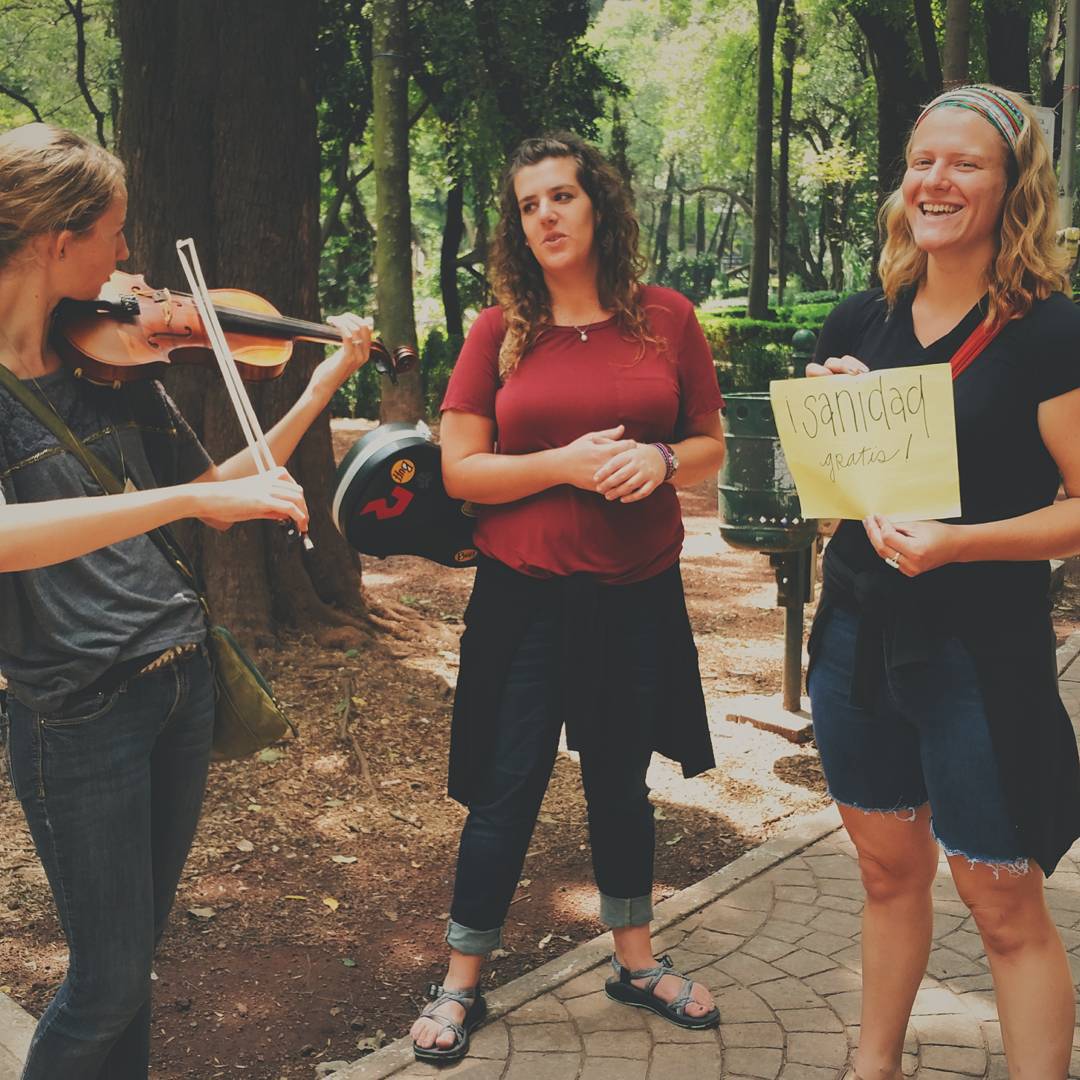 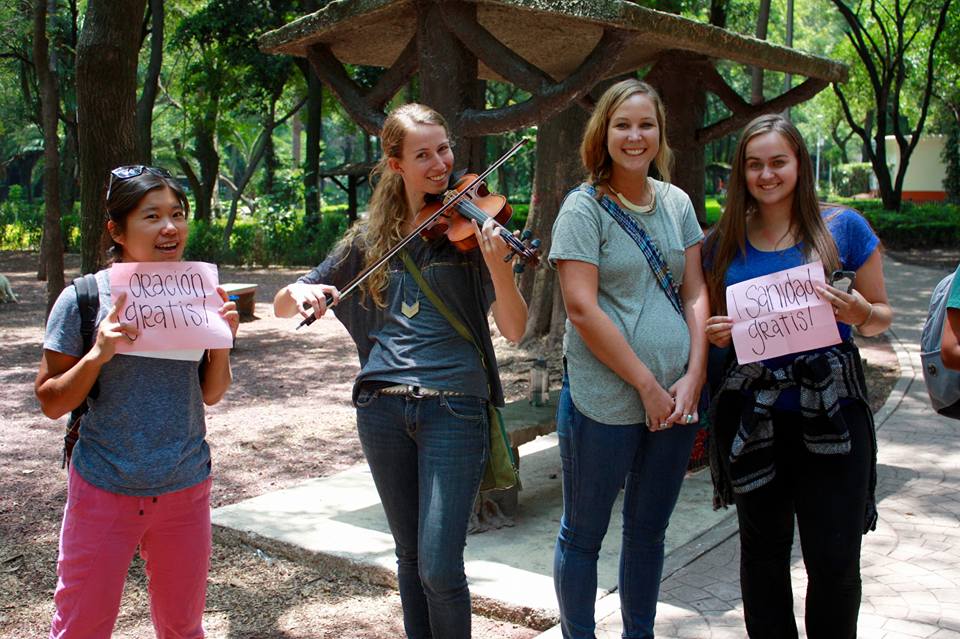 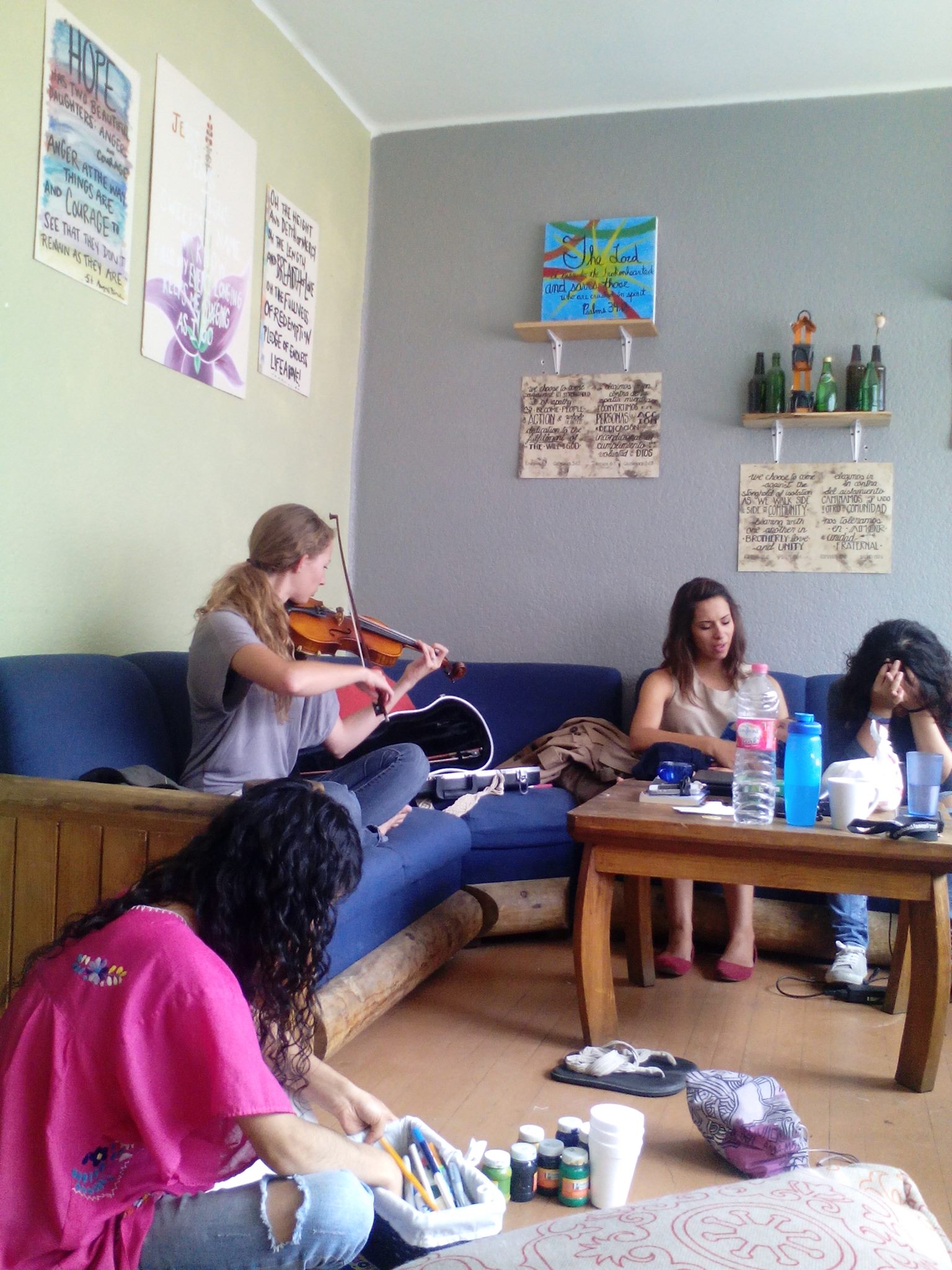 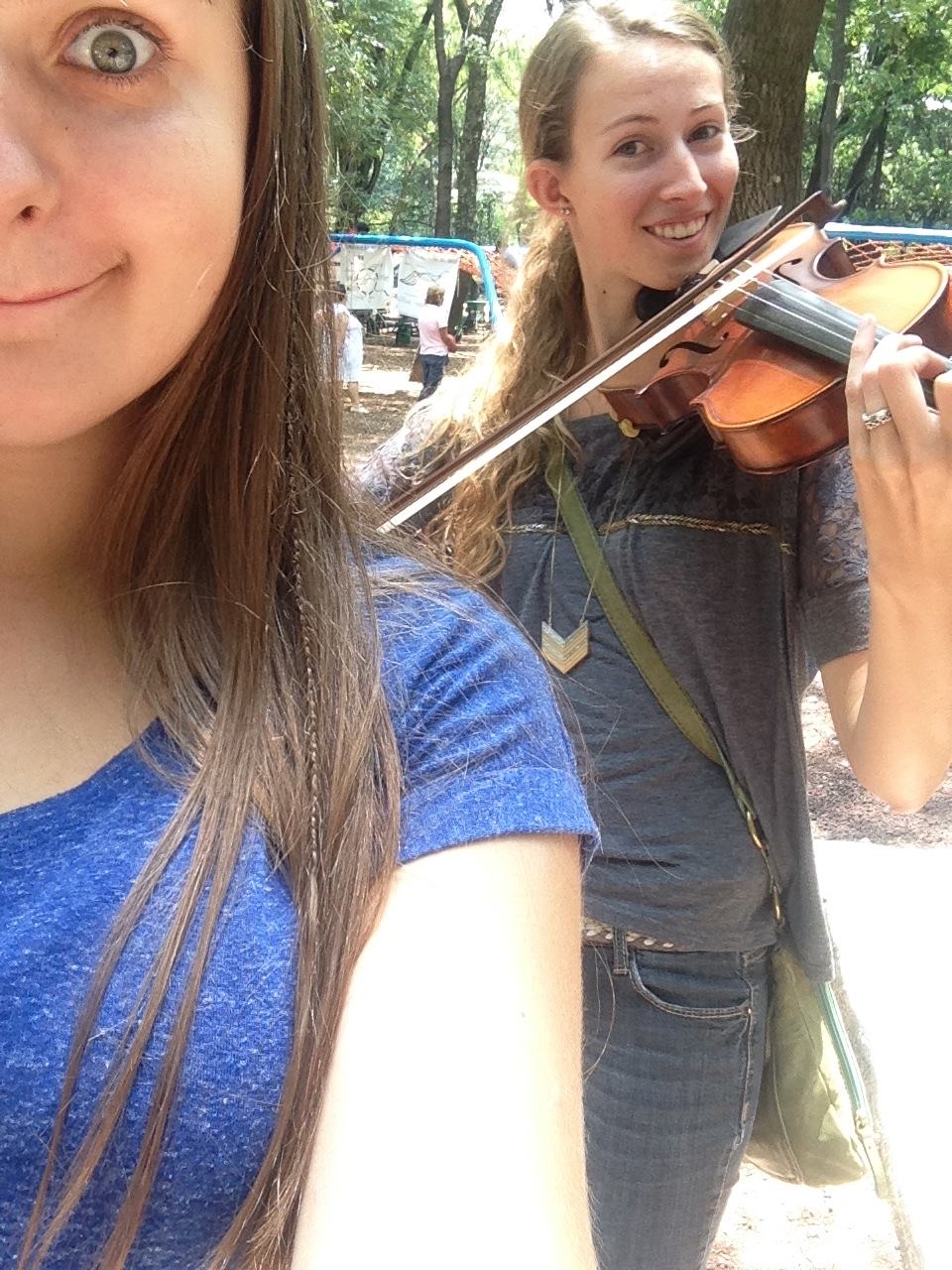 The unique thing about the bases we’ve been to so far, is how different their ministry opportunities are. In Kona, we did evangelism nights, but it was always really difficult because you had the homeless people, who have heard this about a million times, tourists, who don’t want to be bothered, and shop owners, who don’t want us to interrupt their business. But here, DTS students are doing ministry in the red light districts, working with street kids, and doing the kind of ministry they will be doing on outreach. I can’t help but think how much better prepared I would have been for outreach had I gone to a different base, one that’s not on an island in a small town. Like the community is great in Kona, but the outside ministry isn’t as beneficial.

So we joined the DTS for some of their ministry, including distribution in the red light districts. The first week, we each got one Bible, and we were asked to pray about who we were going to give it to, and I felt God tell me “you know ’em when you see ’em” and I said, ok I need a little bit more, so I asked male or female, “female,” young or old, “young,” lighter or darker hair, “lighter.” So We walked up and down these two blocks maybe five to six times, I was with one girl who spoke very little English, and the other girl was my translator. I just kept walking and waiting until I saw the girl. On our last time walking back, with only 10 minutes left before we had to go back to the base, I was a little worried because I felt like it was for somebody specific, and I didn’t want to just give it away to anybody. But we started walking back again, and I saw a girl, a prostitute, and I stopped, and Lilliana (my translator) asked me if it was her, and I told her that I wasn’t sure, and she told me to pray about it, and immediately, I heard a yes. So I went over to her, and told her what the bible meant to me, and blessed her with courage, strength, and the understanding of amazing love from Jesus. When we walked away, Lilliana told me that as I was speaking, she felt chills up and down her ams, and was sure that the Bible got to the right person.

One of the days we went to a park in one of the parts of the city that was where a lot of the rich people and a lot of the gay districts were. This park in particular had a lot of dogs, like really nice looking dogs, and it was kind of a place where people would go to show off their dogs. After talking to a man who said he didn’t need a relationship with God since he had a relationship with his dog, and from a few other encounters, we kind of concluded that dogs are a bit of an idol for a lot of these people. In this park, we all held different signs saying “Free Prayer” “Free Healing” and “Free Prophesy” and we just prayed for people, and I played violin. It was really fun, and interesting how people are so drawn in by something so simple as music.

A couple other ministries we were involved in was with the jewelry project. We interviewed eight women to learn their stories of how they got into prostitution, what it was like during their time in it, how they got out, and their dreams for their lives. I’d really like to write an entire blog post telling their stories soon. Some of the things they said were heartbreaking, and their dreams were inspiring. There’s so much to tell about them in an already long blog post, so more about that later!

I’ve missed a lot of ministry here because I’ve been working so hard on our video project from Tijuana about the deportees. I have run into more problems with my computer and creative cloud than I ever have before. I’ve probably spent more than half my editing time just trying to get the programs running. Creative Cloud is doing this weird thing where it’s making me log in multiple times for a single program, and then Premiere sometimes has a difficult time reading my files, saying that it doesn’t exists, can’t be read, etc. I’e also lost my work a couple times. So it’s been really stressful. Prayers would be much appreciated. So far, it’s looking like it’s going to be my longest project yet, it’s roughly 16 minutes long as of now, but will end up being closer to 20 minutes by the time I’m done with it. We have to finish it by the time we go back to San Diego for debrief. 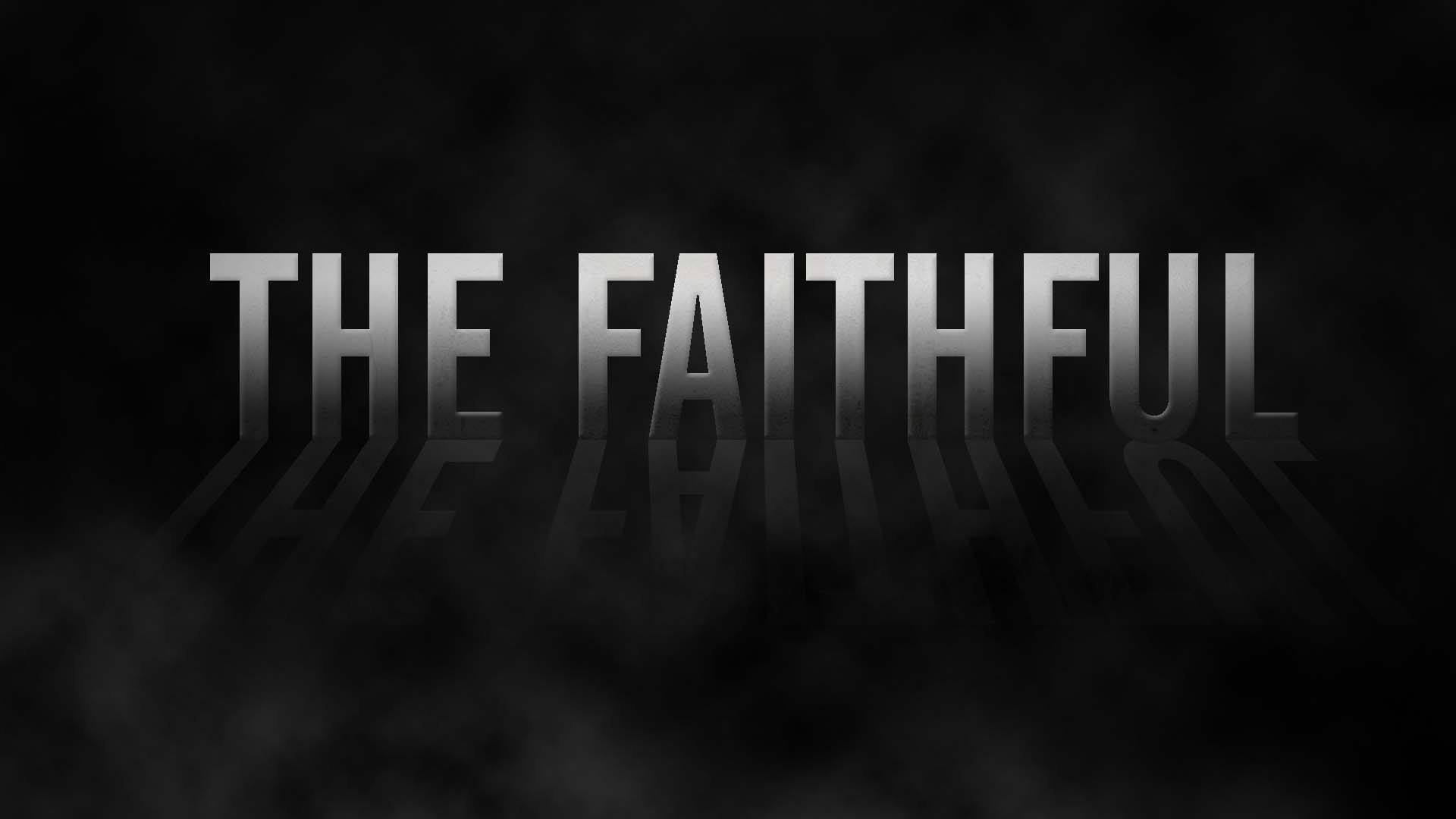 We went to some of the Aztec ruins on Saturday and climbed up two of the temples. It was actually somewhat difficult for this mountain girl! Since I haven’t done any running, hiking, or any kind of workout since I left for Hawaii. I was slightly winded by the time I reached the top, but the view, like any mountain, is totally worth it! 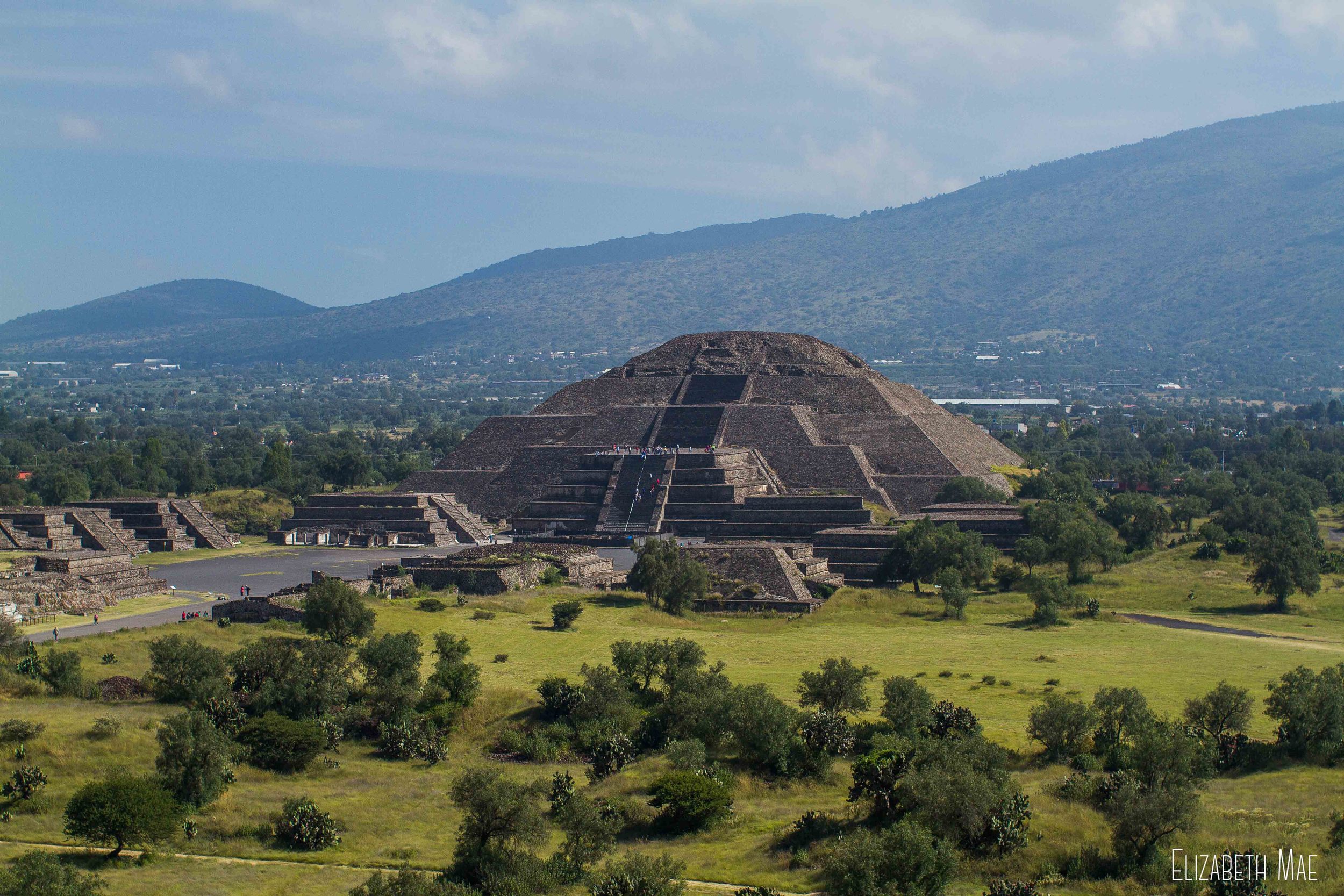 I also ended up getting sick a couple days ago. It’s just a cold, but really sucks to have, especially as we’re about to go to Panama where it’s going to be hot and humid. The last thing I want is to be sick when we’re with the tribes. I’ve been drinking a ton of water and trying to rest a lot, but I’m still feeling pretty lousy today. I don’t know enough Spanish to get any cold medicine, so I’m just going to wait until we get to Huston and grab some cold medicine and some cough drops, and really focus on getting better the two days we have in Panama City before we have our 8 hour bus ride to the district of David.

So Mexico City will be marked as a time of really trusting God, listening to His voice, and really, really walking and being led by the Spirit every day. So far, Mexico City has been my favorite place on outreach.